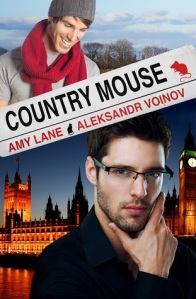 Owen Watson is on vacation in London and overseas for the first time.  After his traveling partner and ex-girlfriend ditched him for a hookup, Owen lands in a pub drinking a glass of bad beer by himself.  He’s tired from playing tourist all day and he needs something to eat. Instead of dinner, he gets an offer for another drink and a night of sex from Malcolm Kavanagh, a bonds trader and sexual player.

Malcolm Kavanagh has been waiting for his “one night only sub” to arrive.  The man is late and Malcolm’s patience has run out.  When he spies the Yank at the bar, he decides to honor him with a night of mind boggling sex before kicking the Yank out the door before breakfast.  With 80 hour work weeks, Malcolm doesn’t do relationships.  He doesn’t have time. So introducing a tourist to the joys of BDSM fits into his schedule of sex with no commitments. But moments into his pickup , he realizes that the Yank isn’t falling into line as he should, and Malcolm is more than a little stymied.

Owen is open to a night of casual sex but it will be on his terms and not the arrogant but gorgeous jerk trying to pick him up. One night later and things have changed.  Malcolm is not quite the shallow, heartless top he made  himself out to be and Owen is not the innocent country mouse Malcolm supposed him to be.  The more things change between them, the more Malcolm and Owen admit to themselves how much they want to stay together.

Country Mouse is a delightfully sexy short story from Amy Lane and Aleksandr Voinov.  Really, can we get them to write another?  Because I loved the result of their combined writing styles and ideas.  The authors took two stock characters, the country mouse visiting the big city for the first time and the big bad city mouse with his experience and sexual prowess, tweaked it and turned the characters on their stereotypical heads.  And made us cheer for them, laugh with them, and hope that they have a happy future together.  Didn’t I say I loved this book?

While Amy Lane and Aleksandr Voinov have such difference writing styles, you can always expect great characterizations from them.  Owen and Malcolm are two such wonderful creations, beautifully realized in only 79 pages.  Malcolm starts out offensive and quite frankly not terribly likable. Owen Watson is an affable person but only so far and ends up being more than a match for Malcolm’s cocky attitude. As Owen asserts himself, we start to see a shift in Malcolm’s behavior.  This shift carries right into the heart of Malcolm’s character and the unlikable facade dissipates and allows the real Malcolm that Owen sees to shine through.

What was so sexy and hot was that the change in their roles starts to happen during their sexual encounters.  Malcolm is supposed to be this badass Dom teaching this inexperienced Yank how to be his submissive toy for the night only Owen has something or rather someone he intends to be doing before the night is over.  Let’s just say their expectations don’t play out exactly how either of them intended, much to their combined enjoyment and laughter.  That’s right….fun and laughter amid sexual hijinks.  In a story by Amy Lane and Aleksandr Voinov!  Owen and Malcolm enjoy the heck out of each other and you will be laughing along with them.

Their relationship continues to develop as Malcolm takes Owen sightseeing in a nice series of scenes that  take place at different tourist sites throughout London. At each location, Owen and Malcolm learn something about each other as well as historical facts. As they grow on each other, so does the pairing grow on the reader until you take  them both into your heart. If you are expecting a angst filled story, this one is amazingly angst free or is that angst light?  Either way, it doesn’t matter. There is some angsty moments at the end as you would expect but it is satisfactorily dealt with in an ending that will have you cheering.

Grab this one up.  I always find bad boys so appealing but here both the Country  Mouse and the bad boy City Mouse crept into my heart and set up housekeeping.  Never thought I would say that about mice.  Drat it.  Now where’s the cheese?

Cover: Love this cover.  Cover art by Jordan Taylor.  Smart sexy and eye catching.  Just like the men inside.