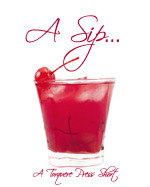 Ryan is sitting on a beach nursing his heartache and the bad luck to be forced along on his father’s business trip when he notices an Adonis on a surfboard riding the waves.  Astonishingly enough, when the Adonis becomes earthbound once more, he appears to notice Ryan as well. The surfer’s name is Chris and before he knows what hits him, Ryan is learning to surf too and has an invitation to dinner from Chris. In a panic, Ryan phones back east to  his best friend who convinces Ryan that a summer fling is just what he needs to get over being dumped.  But when things start to feel more involved, will Chris’ secret ruin the chance for a relationship before it really gets started?

Well, if short stories could be puppy cute, Just A Summer Fling would be one of the cutest puppies in the window. I loved this story and would love it if the author gaves us another view of this couple in the future.  Ryan is such a wonderful character.  He’s cute, nice, intelligent and just suffered the  worst sort of hurt you can receive from someone he thought cared about him.  It’s delivered a huge blow to his self confidence and self image which is why is he sitting on a beach in jeans and sneakers instead of board pants and flip flops.  Lucky for us and him, Chris appears to repair the damage done by Ryan’s ex.  I love it when the Adonis turns out to be as likable a person as the nerd.  In this case, he’s as smart and mulitdimensional as Ryan is.  It’s adorable puppies times two!  In fact the story ends too soon for me but we get the glimmer of the boys future together and it is full of hope.  Just a lovely story in every respect. 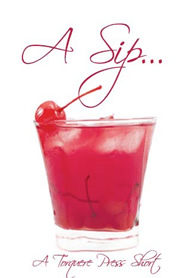 Shay has returned a changed wolf to the pack he left for the big city.  Shay is now painfully thin, and way too quiet for his best friend, Darius, who remembers his friend the way he used to be.  Darius thinks a pair of leather pants will do wonders for Shay’s confidence but Shay may just be the only werewolf in history to hate the smell of leather!  Shay believes leather smells like dead cows and refuses to wear any dead cow pants. But Dar has more than missed his friend and figures helping him rediscover his self confidence might just lead to something both have  wanted all their lives. Now if he can just get him to put on those pants!

How can you not love a short story about a werewolf who eschews wearing animals products?  Julia Talbot gives us an adorable story about two best friends reuniting and the unspoken love that has been there all along.  My only quibble with this story is that Talbot delivers such wonderful characterizations and then puts them in a plot that just begs for more backstory.  What happened to Shay after he left the pack?  Why is he so thin? What was going on with Shay to make him leave the pack to begin with?  The story left me with so many questions because I became invested in these characters from the start and loved what little I knew of them.  At any rate, terrific short story full of two intriguing questions and one author’s twist on the werewolf genre.  Great job.