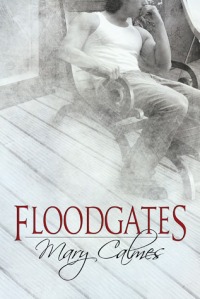 All Tracy Brandt ever wanted was a happy life.  Instead what Tracy had was a complicated one.  Business partners with a man many consider to be a Russian thug, Tracy knows better, even when their offices are bombed and he barely escapes with his life.  Then there is Tracy’s love life.  He thought he and his lover were happy and committed, then Tracy found his lover in bed with another man and the relationship was shattered.  Or so Tracy thought.

But lately his ex,Breckin Alcott, has been trying to renew their relationship, something Tracy is sure he doesn’t want or does he? Then in the aftermath of the bombing, Tracy’s overprotective brother, DEA Agent Alexander Brandt, and his infuriating ex partner Cordell Nolan or Cord for short, show up at the hospital and things go from bad to worse.

For five years, Trace and Cord have been fighting the attraction between them.  For Cord, it never worked because Trace wanted a commitment, something Cord was unwilling or unable to give at the time.  For Trace, Cord was a player, a new man every night and that was something Trace would never be, just a one night stand.  So for five years its been an impasse.  Then Trace’s office gets bombed and Cord returns to help investigate and protect Tracy, a man Cord now wants to commit to for a future together.

When it appears that Trace is the target of an unknown assailant, not just the bombing, then Cord is determined to protect Trace at all costs. And if it means that they can finally break through the barriers that have been separating them, then nothing will stop Cord from finding who is behind the attacks on Trace so they can finally get their HEA.

I have loved Mary Calmes’ stories from the moment I read about Jory and Sam in A Matter of Time (both editions).  For myself, Calmes is a comfort read.  You know what to expect with her characters and dialog and you know how it will all end.  The pleasure is in getting to that expected denouement and whatever couples involved HEAs.  It is the comfort of the known, like the pleasure you have in a visit from an old friend.  Perfect stories for that old armchair and evening in the jammies and bunny slippers.

But sometimes even that is not enough when other parts of the story let you down and familiar characters fall flat instead of fizz with effervescence.  And that unfortunately is how Floodgates felt to me.

In Floodgates, Tracy is the Jory character and Sam is represented by Cord.  Not a problem at face value as we have seen this in her contemporary fiction before.  However, Tracy is that uber perfect character who never admits how hurt he is (physically or emotionally). Trace trusts everyone, including those people that clearly have the letter V on their foreheads for villain. He teases his ex who cheated on him and wonders why the man doesn’t think they are over.  The ex, Breckin, is such an unsavory cad that you want to dust him for stds just seeing a mention of him on the page.  But Trace is warm and welcoming each time they talk or meet or what have you.  Really, after pages of this, you wonder why anyone would find Tracy realistic in any way because he never comes across as a viable human being.

Cord  doesn’t suffer from the same characterization flaws that Trace does except that as an experienced detective, the mistakes made in the investigation and the “smack hand to the forehead” lack of any authentic police work, makes Cord as superficial a character as any of the others found here. And again there are an untold number of superficial characters to be found here.  Normally that is not a problem because the reader is so involved in the main characters journey to love and a relationship.  But when that founders, so does everything else like a domino chain effect.

And then there is Tracy’s business partner, Dimah Masir, a Russian who may or may not be a Russian mobster (first red herring alert).  Dimah also may or may not have a mobster brother (second red herring alert).  Tracy says he’s not but Dimah sure has plenty of henchmen running around and law enforcement officers who believe he’s a thug.  No matter.  After much is made of this connection, Dimah disappears entirely only to make an astonishingly unbelievable appearance almost at the end of the story.  The only reason for Dimah to be in this story is to either be served up as a rather inedible red herring or Calmes intends to bring him back for his own story.  Either way I did find him the most interesting element here so I was sorry to see him vanish.

And that brings me to the plot.  It just didn’t work.  At the beginning it appears that the bombing is connected to Dimah and his shady connections.  But when Calmes discards that element, then the detours and misdirections that follow make no sense whatsoever.  But perhaps the worst element is a villain that pops up out of nowhere, with little foundation laid for his role, and an arrow over his head that clearly marks him as the nut job to watch out for.  Which of course, no one does, including the DEA agent and an seasoned detective.  A 5 year old could figure out this character’s role in the plot.  Unfortunately almost everything about Floodgates is a jumbled mess, lacking complexity or coherency.

And that includes nitpicky little details like a Vermont shack used to “store syrup from the maple trees”.  Uh no.  In Vermont as in other maple syrup producing states, a sugar shack is where the maple sap is boiled down into syrup, a labor intensive process that happens only in the spring when the sap is rising.  And that process?  Makes it much more expensive than $6/bottle for high grade maple syrup.  A small mistake, true, but when the story is falling flat, it’s the small errors like this one that become highlighted in the narrative because your attention is everywhere but where it should be, which is on the plot.

For me, Floodgates is that Mary Calmes story that will never be reread or remembered.  For some, the issues listed above will not matter.  For them, its enough that it is a Mary Calmes romance.  Its predictability, characters, sweetness, and HEA is all they need to recommend it.  And that’s perfectly fine.  But for others, this may not be the romance for you.  There are other Mary Calmes stories I would recommend, including her wonderful supernatural series or other contemporary stories like Frog. If you are new to this author, I would start there. For everyone else, I will let you make up your own mind.

Cover art by Reese Dante.  What a spectacular cover, evocative and one of the best of the year.