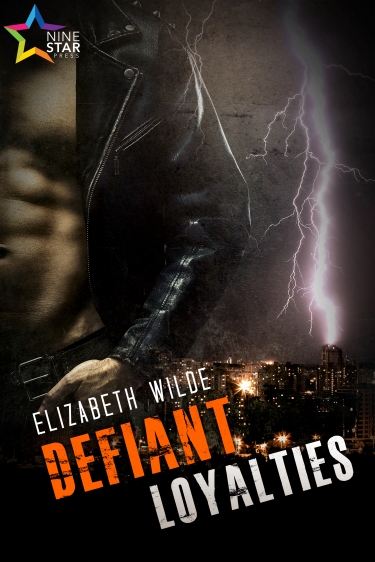 Scattered Thoughts and Rogue Words is happy to have Elizabeth Wilde here today to talk about Defiant Loyalties and tell us a little bit about herself and the writing experience. Welcome, Elizabeth!

Hello! I’m thrilled to be here for my very first ever guest post/novel/you name it. Defiant Loyalties is my debut.
It’s not every day—or any day—you get to reach out to people like this, so whilst I was scrabbling to come up with something interesting to say, a thought struck me. Quite simply, I’m petrified!

I never expected the actual writing of this book to be the easy part.

Defiant Loyalties is the story of Jack Preston, the son of a corrupt politician, as he fights for the things he deserves: love, freedom, peace of mind. He’s thrown headlong into the world of mysterious assassin Alex, often by his own stubborn and curious nature, and together they must navigate the colliding of those worlds, the risks they’re willing to take.

Now I am no Jack Preston, but I feel a little thrown headlong into a new world myself—my own stubborn and curious nature notwithstanding.

Going from a fairly unassuming job to publishing something feels like a huge step. So huge, in fact, that I still can’t buy it, even though it’s happening to me right this minute.

The other day someone told me I seemed surprisingly nonchalant about the whole affair. Apparently, I have an amazing poker face because what I’m actually experiencing is more akin to internal silent terror—with a touch of excitement, which comes and goes depending on the day. It’s a strange combination, like riding up the chain of a rollercoaster, approaching that first hill. Surreal and out of your control, the only way forward is barreling down at eighty miles per hour screaming.

Perhaps that’s a good thing, though. This awestruck fear keeps me appreciating this opportunity, remembering that nothing is ever certain in this world, and that when good things come along, to grab on with both hands and make the absolute most of it.

All Jack Preston has ever wanted is freedom: from his father’s oppressive political reign, from his mother’s dying memory, from his own guilt in the part he’s played to get George Preston to the top. When an assassination attempt is made on his father’s life, Jack is thrown into a dangerous game of lies and espionage, and as his whole world destabilizes, he finds himself turning to the most unlikely person for help.

Alex—the assassin who started it all; the man whose face haunts Jack’s dreams—becomes his only ally. As they come together to fight a bigger enemy, Jack’s attraction becomes a risk too large to take and too powerful not to. Will falling in love with a dangerous killer play right into his enemy’s hands? Or will Alex risk everything to protect the son of the man he was sent to murder? Loyalties will be tested and sacrifices made, but Jack will learn that some things are truly worth fighting for. 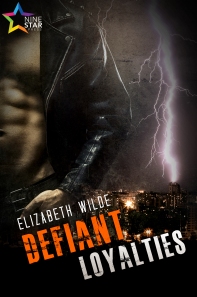 He approaches the thoroughfare in a daze, drugged off the powerful sensation of gravity tugging him home, and the shadowy figure he spots halfway down doesn’t concern him for half a minute or so while he happily indulges himself.
Until suddenly it does.
His steps falter but don’t stop, axis of gravity abruptly shifted, and now Jack’s walking toward the figure instead, in the grip of some terrible, warped sense of inevitability with his heart rate kicking up.
His boots against the ground feel like a march, and he finds he’s angry. Fraught with fear, yeah, but angry nonetheless. Worse, it’s a petty anger, a kind of outrage that’s got him thinking how dare you even though he’s almost positive he brought this one on himself.
The figure stands with his stance wide and easy and his hands in the pockets of his leather jacket, casual as anything. He’s wearing All Stars and Jack has to be fucking hallucinating right now, spent too long obsessing over this with no exposure to the outside world to ground him.
The figure tells Jack, “Hey,” thoroughly doing away with that notion.
“Hey?”
The Goddamn assassin raises his eyebrows. “It’s a term of greeting.”
“Yeah, thanks,” Jack snaps. “Gotta say, it’s a massive improvement from your first one.”
The guy shrugs a shoulder, mouth quirking up at one corner, and fuck, Jack had somehow forgotten how striking he was. Under the sodium lampposts, standing against the gray-shaded sugar maples, he’s almost otherworldly—or maybe that’s just Jack’s abused brain whirring, fever-pitched imagination running wild with him like a kid let out for the first time on its own.
“Is this it, then?” Jack goes on, still dripping in sarcasm. “Time to say my prayers?”
“Walk with me?”
Jack does an honest-to-God spit-take, levelling a glare. “Walk with you.”
“You can keep repeating what I say if you like.”
Jack does, thanks. “Walk with you?”
“You haven’t gone running to your armed guard for help,” he points out and then, with a quiet weight, “It’s important.”
I’m sorry about this. Jack hears it over and over, a litany always inhabiting him, and this man had stood in his father’s study with a gun, apologizing for a murder he was a split-second away from committing. Two days ago he’d handed Jack a threatening note, flirting with him while he did it.
Jack shakes his head. He wrenches himself away, one, two steps, turning his back on the face that’s been dogging him for a week now because if he doesn’t—
“Jack.”
If he doesn’t, Jack’s going to do something like fucking walk with him.
Back still turned, Jack states the very obvious. “You know my name.”
“Lotta people know your name. Your real one, anyway.”
He spins at that. “How did you—”
“This is important,” the man repeats gravely, but there’s still an easiness to his stance, a kind of open appeal. He’s drawing Jack in just like the flirting; good at his job, Jack thinks dizzily.
“Tell me your name, first.”
He doesn’t answer right away, sound of nothing but the trees swaying while he looks up at Jack with his head tipped down—really good at his job, then. There’s a definite reluctance there, but beyond that, Jack really can’t guess what he’s thinking; maybe games of chess in his head, working out moves and countermoves, assessing Jack for danger.
“Alex.”
Jack tries it out in his mouth—“Alex”—and finds it suits him whether it’s real or not. “Fine, Alex, let’s walk.”
Alex cocks his head, gesturing to the end of the thoroughfare so Jack supposes they’re heading away from the house and out into the city. A small mercy, at least.
They fall into step, Alex tossing Jack curious little sideways glances but otherwise staying perfectly quiet, until they come out onto the boulevard and under the open night sky, clear except for the spotty clouds moving time-lapse fast in the lower atmosphere.
There, Alex belatedly speaks. “You’ve been drawing attention to yourself.”
“That an art pun?”
Another curious glance and Jack stays looking resolutely forward; he’s really not sure indulging himself or this guy is the right thing to do.
“Maybe. Thanks for the sketch, by the way.”
“Oddly polite for someone who handed me a threat in return.”
“Which you didn’t take seriously.”
“So that is why you’re here, because I googled some asshole judge?”
“Look, Jack—”
Jack immediately bristles. “Why am I drawing attention to myself? What’s so important that you gotta follow me around town and spirit me away into the night like this, after you—after you tried to fucking—”
“I was sent to give you the note,” Alex interrupts, carefully placing every syllable like they’re practiced. “I wasn’t sent tonight.”
Jack turns his head, trying to get some sort of equal footing here. “And what does that mean?”
“I’m trying to help you.”

Author Bio
Elizabeth is a debut author from the north of England. With a long-time passion for writing, at eight years old she attempted to write and illustrated her very own Goosebumps books, as well as an ongoing series of solve-it-yourself mysteries, and several stories about a single lady living her life with an unfortunate perm. One day she hopes that practice will pay off, but until then she’s been recently adopted by two cats and gets by working for the government.
Email: libbydwilde@hotmail.com
Website: http://elizabethdwilde.wordpress.com/
Twitter: twitter.com/elizabethdwilde

NineStar Press is hosting a Rafflecopter Giveaway to run for the duration of the tour. Prizes will include a $10 Amazon Gift Card and a credit for a free book from the NineStar Press website. Must be 18 years of age or older to enter.  Link and prizes provided by NineStar Press.