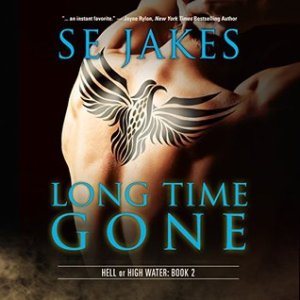 When a tornado meets a volcano, nothing is safe.

Soldier of fortune Prophet Drews always worked alone—until Tom Boudreaux became his partner. But when Tom walked away three months ago, ostensibly to keep Prophet safe, Prophet learned the true meaning of being alone. Everyone knows that Prophet, a Navy SEAL turned CIA spook turned mercenary, can look after himself. Which means he must’ve driven his lover away.

Even with half a world between them, Prophet can’t get the man out of his head. Maybe that’s why he’s in New Orleans in the middle of a hurricane, protecting Tom’s aunt. But the only looter around is Tom, bursting back into Prophet’s life. It turns out that Prophet’s been stuck in Tom’s head—and heart—too.

Their explosive reunion gets even hotter when Tom is arrested for murder. As they fight to clear his name, they delve deep into his past, finding enemies among everyone they meet. Staying alive in such a dangerous world is hard enough, but they soon discover that fighting to stay together is the most difficult thing they’ve ever done.

Once again, I enjoyed the narrator’s performance and felt he added extra dimension to the story with the accents and drama he brought. The voices for each character were clearly discernable and well in character with the guys as  I’d envisioned from having previously read this book. His pacing was never rushed and kept me eager to listen.

From the beginning, this story is a roller coaster ride of nature’s fury, sex, intrigue, secrets revealed, action, and more sex. My favorite scene in this book by far is the hurricane sex scene in New Orleans. In fact, it’s right up there as one of the most memorable sex scene’s I’ve read in a m/m story. Oh my, that is definitely a one-handed read or listen, in this case. Tom and Prophet were already combustible together, but put them in the midst of a raging storm and the hurricane around them pales into perfect background music. Damn, that was hot as heck. Aside from that scene, there are numerous other heated interludes. IMHO, just enough to keep that fire burning without being too much.

Here we delve very strongly into Tom’s past in the bayou; allowing us to get a much better picture of the man as we see it all unfold. I won’t reveal too much more than the blurb has already shared as don’t want to spoil it. But we meet some characters in this story that I found very interesting. And the settling! New Orleans and the bayou country has always been a place I’d like to spend a longer time visiting (been there only briefly), and this book did an excellent job of making me feel the heat, humidity, social climate and wildlife. Excellent sense of place.

I felt the deepening of the connection between Tom and Prophet, and it seemed to build very naturally as both men begin to let down their guards and allow each other further in. The ending didn’t tie things up with a bow, but thankfully it was a bit more of a HFN than we got in book one at least. It seems as much as we learn about these two, the more there is we don’t yet know.

Cover art by LC Chase: The displays the tattoos on Tom’s back this time, not quite as detailed as the dreamcatcher on book one’s cover, but still hot and fitting to the story.