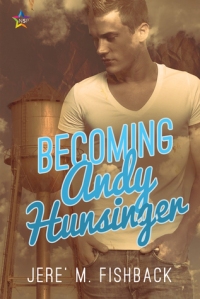 The opening of this book really summed up the theme and was nicely done (even though the quote was misattributed to Dr. Seuss’s The Cat in the Hat https://quoteinvestigator.com/2012/12/04/those-who-mind/)

Be who you are and say what you feel because those who mind don’t matter and those who matter don’t mind.

This is a year in the life of Andy Hunsinger, a gay man entering his senior year of college at Florida State University in 1976.  He’d always suspected he was gay, but that summer had his first sexual experience which not only confirmed that he was queer, but made him want to explore that world and that side of himself.  He moved into a cheap apartment for privacy, and proceeded to expand his life.

The level of detail is pretty extraordinary (at times to the point of boredom, especially in the beginning of the book), as the author takes us through the experience of a young man living alone for the first time, paying bills, feeding himself, and overall learning how to be responsible.  Meeting new people outside of his previous comfort zone, going to new places, and gradually coming out.  Learning how to cruise men at the bar, finding a boyfriend for the first time, and navigating a relationship with someone who was not out and never wanted to be.  I don’t remember 1976, but I loved the descriptions of the handlebar mustaches, the clothes, and the music.  I was shocked to read about sex without condoms, but then again, this was before the AIDs era, when most gay men didn’t worry about STIs.  Andy is exposed to a level of homophobia that I am so happy is no longer so prevalent – demonstrating against Anita Bryant was a pivotal moment for him, and for me her platforms sound absolutely ludicrous in 2017, but that was Andy’s world.  Everything changed for Andy after that moment – he decided to live his life as an out gay man.

Andy’s coming out process was very realistic and believable.  Being forced out of the closet at work, coming out to his family, joining the campus “Gay Rap Group”, coming out to his friends…  He met these hurdles with trepidation, but handled them with grace, and was blessed to have loving and supportive friends and family.  And exposed to enough gay men who didn’t have the same experience to know exactly how lucky he was, so he never took them for granted.  The ordeals some of his friends went through were absolutely harrowing, and unfortunately are still happening today.

I enjoyed Andy as a character, the detailed descriptions of everything Andy saw and felt, his eclectic friends, his amazing family, and the way he took all of that and used it to become a better man.  I think there was a lot of character development.  The only reason I can’t give the book a higher rating is that it was so unemotional.  The descriptions are vivid, but never moved me.  I watched Andy fall in and out of love, but he always felt a little detached from everything.  I think it was a matter of too much telling and not enough showing – the introspection was good, but at times Andy seemed almost indifferent.  Granted, the end of the book was a bit more feeling, but it wasn’t enough.  It took longer than usual for me to read the book, and it was not wasted time, but I have no desire to read it again, and will think twice before reading more from this author.

Cover art by Natasha Snow is very nice – the water tower in the back is an important symbol in the book – but the model’s clothes and hairstyle are definitely not 70s.