One kinky wood carver. One younger chef looking to try new things. A series of lessons that bring both men more than they bargained for…

Curtis Hunt has made a name for himself as a chainsaw wood carver, winning national competitions and operating a small business in Rainbow Cove, Oregon. As winter whittles away his tourist traffic, his goal is just to survive the season and try to not get lost in grief for his dead lover. It’s been two years, but he’s sure he’ll never be over the love of a lifetime. However, his body has a certain restlessness that he doesn’t quite know how to calm.

Logan Rosner knows a thing or two about restlessness. It’s what drove him to Rainbow Cove to be a chef at a bar and grill run by his friends. And it’s what drives him to a single sizzling encounter with the local legendary lumberjack. Both men get far more than they expected and learn that first impressions aren’t always accurate…

But when Logan proposes a series of sexy lessons, Curtis must decide how much he’s willing to risk. He knows he can’t afford to get attached to Logan’s good cooking, his easy smiles, or his caretaking, but he keeps going back for more, even as deeper emotions become involved. Soon, Curtis must decide whether to risk his heart again or risk losing Logan for good.

With the release of Tender with a Twist by Annabeth Albert cements Rainbow Cove as one of my favorite destinations for love and romance.  Of course it started with Trust with a Chaser (Rainbow Cove, #1) where Mason Hanks with his friends Adam and Logan Rosner open a bar and grill in an Oregon seaside town desperately in need of revival.  Mason finds love with the town’s Sheriff Nash Flint while they struggle to keep their new restaurant alive.

In Tender with a Twist,  we find both the town and the restaurant all still trying to survive.  The restaurant is trying to make it through the off-season until the tourists return and the town is trying to adapt and understand what it would mean to be an LGBT destination point if the new resort opens up and the influx of new  businesses arrive.  Not all the townspeople are happy with the new developements.  In every way change appears as a force to be faced here in this story.

For both Curtis and Logan, the need for change is at the heart of the issues both men are facing.  With Annabeth Albert, there’s never any “telling” in her stories.  The author’s ability to telegraph the deep confusion, grief, frustration, and pain these men are going through to the reader is real and amazingly vivid.

For Curtis, he’s caught in place by the loss of his husband, held in stasis by his mother-in law’s grief as well as his own,  plus her guilt that refuses the let them both move forward towards anything like a life without her son. That’s she is also his last remaining tie to the man he loved? Just another knot on the ropes holding him in place…the fear that if he moves forward he will lose her too. He’s let everything go, abandoned their old friends, their pleasures, even houses.  Only one thing he has left personally…his need to be a sub.  And that has just been pulled away from him when the Dom he’s been using has said they can’t continue.  Plus his best friend, Nash, has just found a partner.  So now Curtis truly feels alone and isolated.  Albert makes us feel every bit of the pain and heartache emanating from Curtis Hunt.

Then there’s the surprising bundle of character traits that is Logan Rosner.  He is one of the most amazing characters and one I absolutely adored.  Logan too is bound by a past that won’t let go.  This time it’s his parents who refuse to see him as an adult, keeping him firmly planted in his painful past, binding him in their fears and in their image of him.  But Logan has strengths he has kept hidden, including the fact that he’s a Dom. An untried one, basically, but still a Dom and Curtis fits everything he wants in a sub.  And more…Curtis fits everything Logan wants in his life.

How Annabeth Albert works these two complicated men past the age barrier, the grief, their backgrounds, their families that are holding them back, all the realistic elements and then moves them forward into a relationship that the readers see lasting for the rest of their lives?  Well, it’s one of the most heart warming stories that I’ve read in awhile and one that’s made me love the Rainbow Cove series even more (if that’s possible).

The D/s element is so well done here, especially as it can’t be part of the romance, at least not at first.  Curtis can’t handle that.  So it’s woven into a different part of their lives as they discover more about that aspect of each other.  That level of trust then allows an openness for other revelations to follow.  And yes, it’s sexy and very, very hot!

But for me it’s the healing of two hearts and the love that these two men find together that even now starts to send me back to the beginning of their story to start to read it all over again.  Rainbow Cove is a very special place and as much as I love all of Annabeth Albert’s series, I suspect that this one has found it’s way to the top of the list.   It’s certainly my top destination location.   Make it yours!  You don’t have to have read the first in the series to read Tender with a Twist but it helps to give you that additional background knowledge on the place and characters you will meet here.   Plus it’s another fantastic story.  I highly recommend this one and the series.

Cover design: Sloan J Designs.  I love this design.  It’s perfect for the character and I love the tone that comes across.

Narrated By: David Gilmore
‘Til Death Do Us Part – Amazon US | Amazon UK | Audible US | Audible UK
Length: 8hrs 3 mins

Henry and Sam Miller-Greene are living the dream. They love their careers — which afford each of them opportunities to travel to exotic locations — they love their home, Sam’s caring family, and each other. They disagree on the subject of adoption, but are fully committed to each other in marriage … ’Til Death Do Us Part.

The dream is shattered when Henry’s plane crashes, and he’s presumed dead. But four people — Henry, two other men, and a child — survive undetected on a remote, small, and insignificant island. Will Sam and Henry’s love be able to survive as well?

Henry fights to endure in harsh conditions, never knowing when disaster will strike. Sam struggles with his loss, but with help moves on with his life. Will Sam be able to put aside his new love when he reunites with Henry?

Revisiting the characters from ’Til Death Do Us Part, Henry and Sam Miller-Greene are enjoying life in the summer after Henry’s rescue from a small South Pacific island, where Henry and three others were marooned.

Henry and Sam thought adopting Aiden—a child with whom Henry’d been stranded—would be smooth sailing. Matters are complicated by the public nature of their rescue that has turned the survivors into overnight celebrities. Anti-gay fueled animus rears its ugly head in the blogosphere, causing concerns over the impact libelous rumors might have on Aiden.

Their nightmare separation behind them, Henry and Sam are anxious to renew both the intensity of their former intimacies—now hampered by having a curious and still apprehensive child sharing their home—and their commitment to one another. 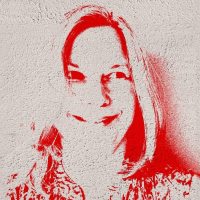