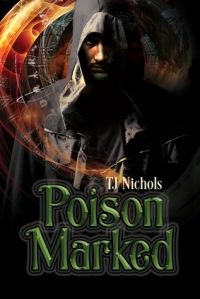 Kill his lover or disobey his king and instigate civil war?
As the feared court poison master, Nikko is sworn to do as his king bids. As the lover of the king’s nephew, Lord Rodas, Nikko must hide his affection or risk being labeled a traitor and punished. A former thief who clawed his way into the palace from the filthy streets, Nikko longs to be deserving of Rodas’s love.
A respected war hero, Rodas is in a delicate political situation. He is not the kingdom’s natural heir, though many support his claim over the wastrel, Prince Fortin. The last thing Rodas wants is war. His highest ambition is for Nikko to openly wear the jewels he’s bestowed on him as a public declaration of their love.
Neither man is prepared for the king to order Nikko to poison Rodas during the solstice feast or for the deadly intrigue they’re plunged into, which exposes their affair and rocks the foundations of the kingdom.
This was a nice story, however as I thought when I first read the description it isn’t what one would think of as a Christmas story.  It is focused on the Solstice but doesn’t have the same feel.  I could feel Nikko’s pain of indecision and duty when he is ordered to kill his lover.  Rodas seems genuine but I didn’t really get a good feel for him.  I’m not a fan of the whole have to have an heir thing but I can have a lover also; it just feels too close to cheating to me but in the world they seem to live in it’s the best that  Nikko could hope for.
Cover Artist: Alexandria Corza.  Great cover….for anything but an Advent story.  Not sure how I feel about it.
Sales Links:  Dreamspinner Press | Amazon
Book Details:
ebook, 56 pages
Published: December 12, 2017 by Dreamspinner Press
Edition Language: English