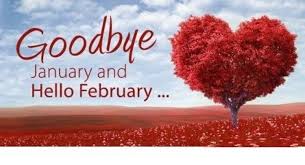 Okay, doesn’t it seem like we were just doing this?  Can it really be February already? January just flew by and here comes, what is for us in this area, the snowiest and coldest month of the year.  For us here in the Mid Atlantic states it means the last gasp of winter usually…. our worst winter storms whether they be of ice, cold or snow.

I say that as our  outside thermometers sit around 60 degrees and have for the past several days.

But it won’t last.  It never does.  Winter isn’t over and will be back with a bang next week because that’s what February does.  It reminds us that Winter is still with us, even though we are steadily adding minutes of light to each day….something that I love.  Come on, you Spring Equinox!  Even February’s coldest winds can’t scare my glimpses of Spring away! 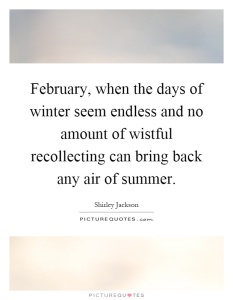 So last week we offered up the Winter List Challenge!   We asked What’s your Most Memorable Winter Stories?  From now until the end of the month, get in your recommendations!  We will pick a winner or two to receive a gift card of $10.  Make sure you include your name and email address where you can be reached.  So bring on the Brrrrrs and the Winter Recommendations!  Contest ends January 28 at mid.

Now about those wonderful lists from our readers, here’s the recommendations we’ve received so far.  Remember you have until midnight tonight.   Winner or winners announced next week:

Here are some of my most memorable winter stories:
North Pole City Tales series by Charlie Cochet
The Mystery of Nevermore by C.S. Poe
Merry Christmas, Mr. Miggles by Eli Easton
Blame It on the Mistletoe by Eli Easton
A Family for Christmas by Jay Northcote
The Winter Spirit by Indra Vaughn
The Avona Tales series by Raine O’Tierney
Color of You by C.S. Poe
Third Solstice by Harper Fox

It’s sometimes hard for me to recall whether even good stories were primarily set in winter, but a few do come immediately to mind. I agree with Jen about C.S. Poe’s Color of You and Nevermore. Here are two more:
– Enemy Within by Tal Bauer – a thrilling conclusion to his Exec Office trilogy that travelled via sub above the Arctic Circle in Russia. And he had a number of hot couples I wouldn’t have minded snuggling up to for warmth.
– Foxes by Suki Fleet – moving YA story, and she vividly captures the cold that homeless kids have to survive in.

I have sucky memories so I can only remember the latest gorgeous winter story that I read: A Frost of Cares by Amy Rae Durreson.

I didn’t have many winter reads this year but of the ones I did read these were my most memorable:

Some great books listed already. Winter (and Christmas) are inescapable if you read any Josh Lanyon–so many to choose from: Winter Kill, Icecapade (this one is a New Years, new chances story), So This Is Christmas, Baby It’s Cold and many more.
Minnesota Christmas series by Heidi Cullinan
Deefur Dog and then Deefur Dog and the Great Mistletoe Incident (winter weather is the heart breaker here), Love Happens Anyway, and Snow In Montana by R.J. Scott.
Mountain series by P.D. Singer (although the first one is about fire fighting, the rest are about skiing)
Something Like Winter by Jay Bell
A Reason to Believe by Diana Copland.
In The Middle Of Somewhere by Roan Parrish
Something to Believe in by Sloan Parker

Of course February is the month of Valentine’s Day celebrations so you know what  stories we will be asking for next…that’s right! Valentine’s Day stories  or lacking that…your most romantic story of all!  Yes!  That hearts of hearts story! That “wild thing, you make my heart sing, you make everything groovy” story!  Or whatever floats your boat!  So get those recs ready for next week and the week after!

Now onto this week at Scattered Thoughts and Rogue Words. 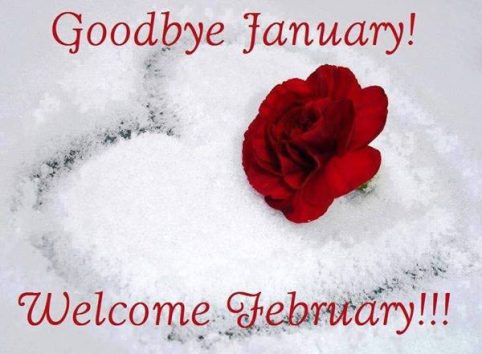 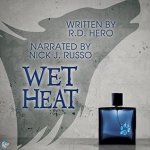