Fresh Starts and into April We Go

Here it is April 1st and I’m full of plans and hopeful for fresh starts as I sip on my coffee as gaze out into the disaster that’s my backyard.  That’s right you heard me, a mess of a backyard. So why so hopeful?  Because now instead of dwelling on that huge old white pine that crashed during that last Nor’easter, taking down fences, crushing gardens and things, I’m looking at planning new ones, planting new storm resistant trees, and having a ball.  I’ve got a clean slate to start over.  Do things differently, better hopefully.  Maybe try new plants that are more in accordance with my changing climate and planting schedule.  Who knows?  It will be fun figuring things out and seeing what my blank slate brings….

Same with reading.  Of my last ten books, most of the the authors have been new to me.  I have liked that.  Not all have sowed roots in my library garden of books.  Some I will gladly return to because I thoroughly enjoyed their stories, others showed promise even though I thought their books more outline than finished product.  I like finding authors with a fresh approach to writing and stories.  I like finding new authors period.  Several of them I will be reviewing this week.  So many of our reviewers are wonderful about bringing new authors to my attention.  I love it when that happens.  There can never be too many books or too many new authors to my mind.

That’s why I’m so happy to announce we are adding a new reviewer here at Scattered Thoughts and Rogue Words.  Please be on the look out for review from Lucy. Here’s an introduction:

HI! My name is Lucy and I’ve been an avid reader since I was a kid.  I was the one taking a book everywhere and then missing what I was supposed to be doing.  Still that way, I think.  My iPad is always in my purse and my commute to work as a teacher resource specialist is filled with audiobooks.  I read a variety of works but MM remains my favorite.  I am a big fan of super sweet and gooey and I love novellas and short stories.   I am sort of wimpy when it comes to heavy angst  – reading is my escape.  I live in the Midwest, where we have two seasons – hockey and baseball!

And with everything that went on during the last few months that opened up much needed dialog about racism, books featuring POC and change within the publishing community, I would like to think we are moving forward here as well.  A fresh outlook, a fresh perspective on publishing, covers, and even widening our own outlook on books we read, myself included.

Several of our readers chimed in with suggestions which I’m including here. I have linked all the story suggestions for you. Plenty of time to get your own suggestions in:

Thanks, so true about how spring has sprung.
Nice way to bring in spring. Sorry for this long comment, and I don’t know if this is what you had in mind for “What’s New,” but it spurred these thots:
After the previous two weeks of high winds, I took a week off and didn’t respond to last week’s post yet, but wanted to. And this week’s topic is a nice segue. I had previously given my thots in your Mar 11 post; and just wanted to say I appreciate your keeping that, while some other bloggers deleted my similar posts. I think it’s improving that we can talk about these issues. As another example, I think I see increased representation of people of color, and I thought I’d suggest some recent books I found to be good stories:
– A Love Like Blood, by Victor Yates (powerful YA that won Lambda debut novel)
– Nobody’s Son, by Shae Connor (two strong black leading men)
– Asylum, by Robert Winter (just finished ARC, about illegal immigrant from El Salvador finding love)
– Cut Hand series, by Mark Wildyr (nice Native American perspective)
– Southernmost Murder, by C.S. Poe (I’m becoming a fan of Poe – Asian FBI agent helps soon-to-be boyfriend with a cozy mystery)

I think there are more books with diverse characters – sexuality, ethnicity, culture etc. And I hope that trend continues, both because these types of stories are needed and because I like them. 🙂 Some of my recs from recent reads are:
Wildflowers by Suki Fleet (the love interest is mute & middle-eastern)
The Gentleman’s Guide to Vice and Virtue (audiobook) by Mackenzi Lee (historical adventure/love story with a theme about race, class & a person’s “worth”; plus awesome narration)
Throwing Stones (Glasgow Lads on Ice #1) by Avery Cockburn (One of the MCs is demi-sexual, the other one has ADHD and there is curling)
The Long Past & Other Stories by Ginn Hale (Cool steampunk AU with an ex-slave MC & the love interest is an amputee plus there is magic)
I second the rec for Southernmost Murder by C.S. Poe.

What new things have you all noticed, if anything?  New issues that the authors have incorporated?  New ways in which they’ve kept it real (if contemporary) and fresh (no matter the genre).  So this is the start of ….

Give us your thoughts.  Maybe tell us ways in which you think it can be improved or that it has improved over the last few years.  What stories have made you think?  Stopped you with elements so current and relevant that it resonated with you?  Leave your comments with you email address.  Giveaway will continue until April 14th.  Must be 18 years of age or older to enter.

Meanwhile, happy April, happy Eostre or Easter, whatever you may celebrate.  Spring is here and with it new beginnings.  Let’s celebrate that. I’m a true gardener and forever hopeful and yet pragmatic.  Garden catalogs and new stories await me.  What’s waiting for you?  Have a wonderful week.  Here’s what’s ahead for you here at Scattered Thoughts and Rogue Words. 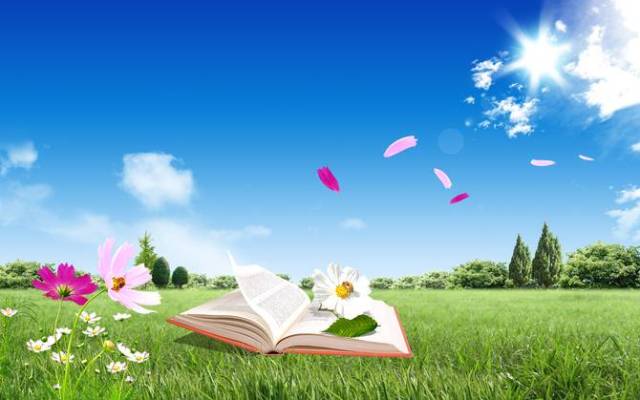