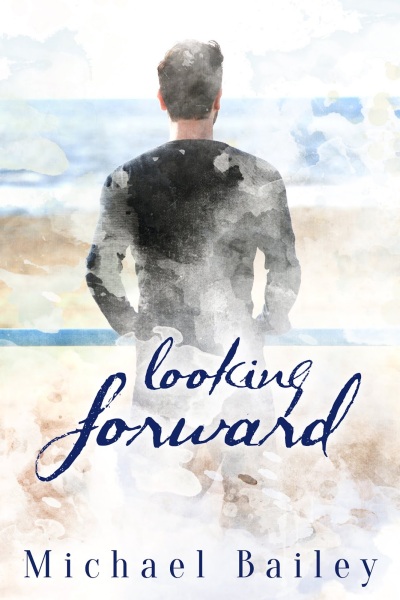 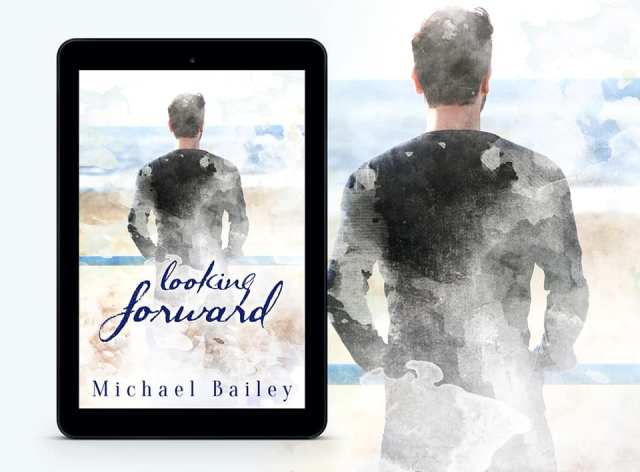 Owen Hannity was nineteen when he lost almost everyone he thought he could trust. Each loss more painful than the last.

With the unwavering support of his best friend, Andy, Owen put the pieces of his life back together. Now, more than two decades later, Owen owns and operates a successful comic shop. Despite his modicum of success, he still feels like a shell of a man, carrying the emotional scars from his past.

Without warning, Owen’s past returns. Secrets come to light. Secrets that could either destroy Owen or finally give him the strength to re-evaluate everything he thought he knew about Andy, himself, and the way in which he views the world. 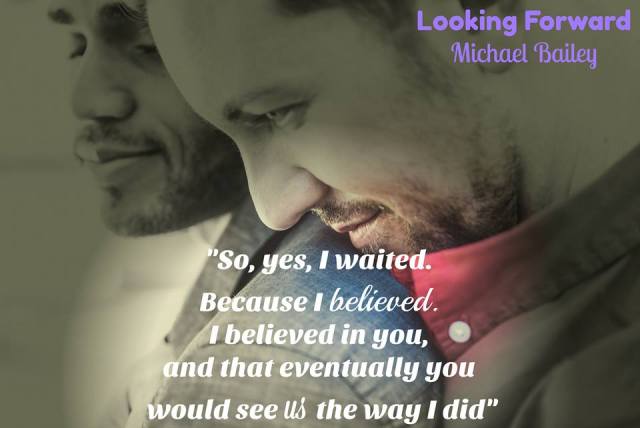 I extended my hand for him to shake.  He gave it an odd look, like he wasn’t understanding what I was doing.  He gently batted it away. He laid his hands on my shoulders, and looked at me, almost like he was asking for permission.  I shivered, either from the cold or the look he gave, I couldn’t tell.  He pulled me to him, wrapped his arms around me, and held me tight.  On instinct, I did the same.

My head was spinning with questions, but I pushed them away.  There would be plenty of time for questions later, much later.  Now was about being held, feeling his arms around me and memorizing as many details as possible.

I don’t know how long we stood like that, wrapped in each other’s arms with my drunk friend and his sister passed out in the car.  Time seemed to stand still, and I found myself living in that moment, in that bubble, and in his arms.  I don’t know if he realized at the time, but I breathed him in, studying the scent that I somehow knew to be uniquely his, vanilla and pine.

He loosened his hold and kissed the top of my head again, and for a moment I wondered why.  There was no one around to impress, no one he had to demonstrate to that I was his.  That kiss sent a warmth radiating through me, deeper than the one in the bar.

He pulled away slightly and looked down as if he were studying me.  I’d be lying if I didn’t say I was doing the same.  Maybe I would see him before he left, and maybe I wouldn’t, I didn’t know.  I did know, however, that something like this had never happened to me before, and I was determined to remember every detail.

Finally, he cleared his throat.  “I should go.”

No! my brain screamed.  Stay!

My brain was still playing catch-up.  My throat felt constricted, and it was suddenly hard to breathe. “Me too.”

For the same reasons?  I couldn’t be sure.  I wasn’t sure about anything anymore.

I’m the oldest of three, from the Glass Capital of the world, Toledo Ohio.

I’ve dreamed of writing since I was eleven years old when I wrote a truly awful Choose-Your-Own-Adventure. It sold exactly zero copies. I think my mother may have a copy lying around somewhere. Mothers keep that kind of thing.

Through junior high and high school, I wrote a number of short stories, one actually published in the first (and only) issue of his high school’s literary magazine.

Life took control shortly thereafter, as it often does, and the dream of writing was put on hold. Then, in November of 2016, I took a leap of faith, and began writing my first novel as part of the National Novel Writing Month (NaNoWriMo) competition. The goal of the competition is to write a 50,000-word novel in a thirty-day period.

However, on the advice of a friend, I “pushed through”. And so, in September of 2017, my first novel was published.

Roland Marcus, still not over the fact that his twenty year relationship has ended, accidentally bumps into a hot young guy in a used book store…a strapping male hustler whom he decides to hire for one week to accompany him to charity events while he’s in New York. He offers him five thousand dollars, with no strings attached, to just stand by his side and look pretty.

Josh Holden, a young guy who is helping to support his son and saving money to buy a business with his best friend and ex-wife, is only too happy to escort Roland anywhere he wants to go that week. And he’s not doing it just for the money…

Unlike most stories, where the rich and powerful husband dumps the hard working, devoted life partner for someone younger, this one takes a turn in the opposite direction when the rich husband is the one to get dumped. But with young Josh’s help, Roland learns in less than a week’s time that his future can still hold both earth-shattering sex and a love of real substance.

I admit it. I love the movie Pretty Woman with Julia Roberts and Richard Gere.  I can visualize scenes based on a laugh and a clap of a jewelry box.  The sight of a outside escape ladder on a building will immediately call up memories of that ending where he heads up the ladder and she tells him that the fair maiden rescue’s the Knight right back.  Swoon!  Because of course, that’s the point.  She rescued him just as much as he did her.  There was an odd vulnerability on both parts and a toughness.  A relationship we could give our hearts too.

All of which is what’s missing here.

Ryan Field says in his introduction that he wants to write happy gay romances because there was none in the 20th century for him to read.  And while I may quibble about his timeline, I get his point.  Field goes on to say that’s why he writes today, to insure that there’s happy romances for others like him to read and enjoy.  Again, terrific.  But he seems to be making a career of rewriting  classic romantic movies with  M/M roles (An Officer and His Gentleman, When Harry Met Sal, Sleepless In San Francisco).  It seems like a cute idea but if Pretty Man is any indication he’s missing the point of (at least) why these movies are so popular.

In Pretty Man, he left out most of the elements that made the movie so wonderful and the characters so likable. If in fact you are going  to emulate a dearly loved movie, than at least know why that movie worked. Understand the chemistry between the characters, the difference in stations and why that romance sticks with people no matter the decade.  I’ll give you a clue.  It wasn’t because the power was one sided.  As it is here all the way to the end.  Roland rescues, and rescues, and rescues.  Josh continually needs saving.  Plus there was an actual relationship there.

In fact, most of the book has so many sex scenes that any relationship development is all but forgotten.  Why does  Roland go after Josh?  Well, Field makes it sound like it’s because Josh is a pretty good looking man and the sex is great, torn jeans and all.  There’s no “rescuing back” here.  No give and take.  That’s completely lost.   In fact all the characters have little depth, even the storyline seems so light as to have been constructed of cotton candy.

So, no Pretty Man didn’t do it for me.  I think I be honest I’ll have to see what other things this author has written that aren’t associated with movies but perhaps are based more on original concepts and see how that goes.  In my opinion this was a cute idea but just didn’t work out in an actual story.