When a plane crashes in the Alaskan wilderness, the best place to land is in the arms of a younger man…

Hotshot attorney Reuben Graham has finally agreed to take a vacation, when his plane suddenly plunges into the Alaskan wilderness.

But his frustrations have only begun as he finds himself stranded with the injured, and superhot, pilot, a man who’s endearingly sociable—and much too young for Reuben to be wanting him this badly.

As the sole provider for his sisters and ailing father, Tobias Kooly is devastated to learn his injuries will prevent him from working or even making it back home. So when Reuben insists on giving him a place to recover, not even Toby’s pride can make him refuse. He’s never been tempted by a silver fox before, but something about Reuben is impossible to resist.

Recuperating in Reuben’s care is the last thing Toby expected, yet the closer they become, the more incredibly right it feels, prompting workaholic Reuben to question the life he’s been living. But when the pressure Toby’s under starts closing in, both men will have to decide if there’s room in their hearts for a love they never saw coming.

Arctic Wild is the second book in Annabeth Albert’s Frozen Hearts series that takes place in Alaska, and much like the first novel it has so much to recommend it.  It has that breath-taking setting that’s described in gorgeous vivid detail.  The research into the National Park’s, the locations, even the climate changes give this story an authenticity that can take your breath away, especially as seen from the cockpit of a small seaplane of the type(s) regularly used in Alaska.

The author’s realism extends into the everyday livelihoods, local populace, and cultural heritage, even schools and town life.   Both novels, including Arctic Wild more so with the local native inclusion into the series, ground the series not just with the incredible beauty  of Alaska but with the people living out their lives there year round. I understood the love for a place and land, listening to the dialog and conversations of various individuals within this novel.  Great job!

The transition of Reuben Graham from uptight reluctant vacationeer to someone who feels the call of Alaska itself is also well done.  I believed in it and him, the change in the man, the work and reversal in his relationship with his daughter.  All heartwarming and gems of this story.  Maybe my favorite parts, honestly.  Watching the daughter grow and become who she really was? Perfection.  That includes the characters of Tobias Kooly’s family, mostly his sister who helped her get there along with her father.

And then there’s Toby and his relationship with Reuben.  Sigh.  You see. That didn’t quite work for me.  As much as I liked Reuben?  Toby’s character seemed a little unformed in comparison.  Perhaps because he was much younger, or continued to cave in with regard to his father’s wishes. Or something.  But whatever it was.  It just felt like such an unequal matchup in characters, and not just because of the age difference.  I have loved a age gap romance so that’s not the issue here.   It just felt as though his sister came across as a much stronger person or character than he did on the page and she was secondary to the story.  However, she remains a much brighter presence in my mind even now.  In fact, quite  a few of the people within the story jump to mind and I can see them clearly, just not Toby.  So what does that say?

Albert mentions several of the local tribal customs(the families getting together to fish their quota of salmon etc)  within the story and I wish they had been enlarged on.  They enriched the tale and made it a more layered, authentic novel with their inclusion here as they would be in real life.  Loved that aspect of this book.

So while I found the relationship between Toby and Reuben to be not exactly to my liking, I loved so much else about this story that I’m definitely recommending it along with the first in the series Arctic Sun.  Loved seeing a glimpse of that couple here again as well.  I can’t wait to see what the next story brings.  I will be here for that too.

. This title is part of the Carina Press Romance Promise : all the romance you’re looking for with an HEA/HFN. It’s a promise!

If you look at cable or even Amazon, you will see people consumed with the notion of tiny houses.  Amazon actually sold out of the tiny houses they sell online (yes, you can buy an entire tiny house for assembly at Amazon, several types actually) within hours! Some are looking to downsize their carbon footprint and go  small, others are obsessed with the technology and preciseness that goes into the tiny houses.  As I was watching and pondering life in one the other day, it sort of meshed together with thoughts I have been having about short stories and universe building.

My question …for myself and for all of you is…how much of universe building can you fit into a tiny story?

And how much is needed?

It’s like asking how much stuff do you really need inside a tiny house?  What’s actually necessary and what isn’t?

I’ve been reading a lot of short stories recently, fantasy and contemporary, many a part of a series.  And while the world building hasn’t been nearly as central to the contemporary series, in the fantasy stories in some cases, the authors have resorted to other options for their overall series world building.   The authors have zeroed in on creating an atmosphere and framework for that particular story but left the series foundation out in the individual shorts.  Same for the contemporary series.  They were all loosely connected, importantly so in some cases, but no one foundation novel for the entire series.  The reader sort of compiles it themselves, story by story, caching each tiny detail away to pull out as needed.

Just as spare it seems to me like living in a tiny house.  Only what is absolutely necessary, nothing extraneous.  Need something more?  Give directions and point them down the road…..Like to a Glossary that details everything. I have seen this used in more than one series and it’s absolutely a necessity to keep track of a series cultures, histories, religions etc, especially when the series is incredibly complex and layered.  So I am not decrying it’s use just hoping it’s not standing in for world building within the story completely.  Unless it has to be.  I think I’m flummoxed here.

Can you build a universe within a tiny story and does it need it?

And how much can you realistically do?

And consider this, some of the steps that might go into building your own fictional world:

Whew!  Didn’t even through in mythology, my fav!  I can hear that tiny house screaming “get out, no room”! lol

I am dying to know everyone’s thoughts here.  Readers, authors, everyone, please chime in!  And tell me what you all think of tiny houses!  Did you know you could buy them on Amazon?  I hadn’t a clue! lol

Happy Sunday!  Happy Mother’s Day to all mothers out there!  Happy Reading and Listening!

And now to our week ahead! 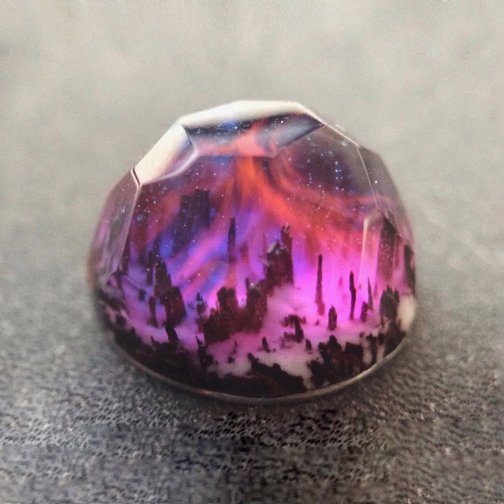