An incredibly interesting, exciting, hot and sexy story featuring two goalies—both playing for the same team. Competition? Yes, loads. Sexual attraction? Just as much. From the moment I picked this up and started to read, I couldn’t put it down. The excitement and tension surrounding not only the relationship between the goalies, but also the hockey games and potential to go all the way to the Stanley Cup, kept me riveted.

Both MCs are men of color in a traditionally white player’s sport. Not that pro sports isn’t changing, but for now it’s best to keep their sexuality to themselves. Both men show support for young persons of color to pursue their dreams in professional sports, with a special emphasis on their support for hockey.

Ryu Mori grew up with Japanese traditions as the son of a surgeon—his mother—and a skating coach—his father, who is also a former Olympic Medalist figure skater. From the moment he first tried hockey, he knew it would be his life. And though his parents didn’t actively encourage him in the sport, they did encourage him to be perfect at whatever he does. Emmitt Armstrong grew up as the son of a former pro football player who wanted him to follow in his footsteps and never acknowledged his preferred professional career in hockey. His only interest is football—for himself and for Emmitt. Divorced, both parents now live in different states, and Emmitt chose to live in the Chicago area with his mother, who supports his career wholeheartedly, cheering him on every chance she gets. But without his father’s approval… Let’s just say that one good word from that man would work wonders for Emmitt’s pride.

The two goalies are set against each other to compete for starting position when Emmitt is traded into the NHL Atlanta Venom team from the Marauder’s AHL team. Emmitt wants the starting spot, so from the moment he meets the stoic, quiet, focused Ryu Mori, he dislikes him and actively tries to get the starter position away from him.  But opposites attract, and it becomes evident they want each other, so when the chance arises, they decide to give in to sexual attraction but go no further.  Like that’s going to work, right? Of course, they become more than just sex buddies, and when the managers decide to use them in tandem during the course of the season, they allow their relationship to grow.

And then playoffs start and they are once again pitted against each other and the relationship suffers. This story is so exciting.  I don’t want to give anything else away.  The guys are amazing. The secondary characters are fantastic.  The sport is awesome and the excitement the authors build is downright stressful.  I highly recommend this story and the first, Off the Ice.  Thank goodness, there will be one more in the series.  I can’t wait.  Oh, and by the way, though second in the series, this can easily be read as a stand-alone.

The bright cover features a goalie looking toward the opposing team. It’s uniquely done with a watercolor effect and definitely attracts attention and invites readers in.

As Seacroft’s resident weirdo, Avery proudly flies a lot of freak flags. It’s a constant battle to be taken seriously when everything, from his red hair to his sexuality, makes him stand out in this small town.


Small towns are also a terrible place to keep secrets, and Lincoln has a bunch of them. But his demons aren’t going to hold him back from his dream job at the Seacroft Fire Department. His life is finally coming together, until the red-haired twink with the big smile and fast mouth calls in an emergency.


Pining for the hot firefighter is Avery’s newest flag, even if he agrees to be “just friends.” For Linc, every minute with Avery is a temptation. He needs to let go of his fear and admit the truth. Linc doesn’t want to be Avery’s friend; he wants to be his everything. But just as Linc is ready to risk it all, Avery gets an unexpected offer to spread his colorful wings and fly away.


Hot Potato is an 80k slow burn friends-to-lovers contemporary MM romance. It features a fast-talking accountant who’s cooler than he thinks, the closeted firefighter who loves him more than he should, and a great big happy-sigh HEA.

Check out Scattered Thoughts and Rogue Words review here. We just loved it and recommend it to all lovers of contemporary romance!

Allison Temple has been a writer since the second grade, when she wrote a short story about a girl and her horse. Her grandmother typed it out for her and said she’s never seen so many quotation marks from a seven-year-old before. Allison took that as a challenge and has gone on to try to break her previous record in all her subsequent works.


Allison lives in Toronto with her very patient husband and the world’s neediest cat. She splits her free time between writing, community theater stage management, and traveling anywhere that has good wine. Tragically, this leaves no time to clean her house. 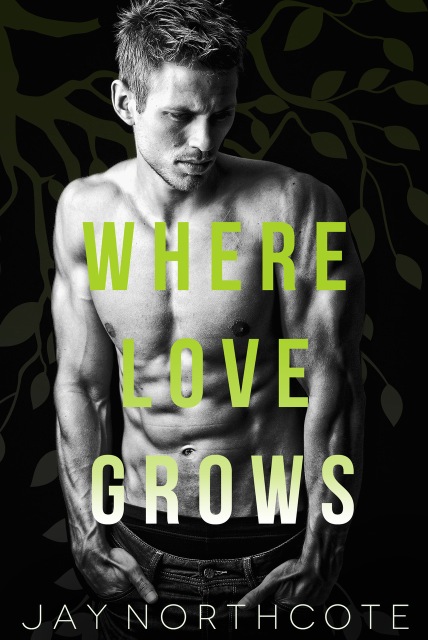 When two broken men look to each other for help, an unexpected romance blooms.


Stephen’s home, deep in the heart of the Welsh valleys, suits his reclusive nature. However, as he recovers from illness, he’s struggling to manage alone. As nature reclaims the land he’s poured his heart into cultivating, he becomes increasingly unhappy. His only outlet is his blog, where he documents the decline of the garden that had been his pride and joy.


Luke is more used to a concrete jungle. He was a high-flyer, living and working in London, until addiction sent him into free fall. Now on the road to recovery, he still wants to make some changes, but he’s unsure where to find the purpose and fulfilment he craves.


A mutual acquaintance suggests Luke visits Stephen to help him out for a while, and a seed of hope is planted. From prickly beginnings, shoots of friendship emerge, blossoming into a deeper connection when they act on their mutual attraction.


This was only ever supposed to be a temporary arrangement, and soon Stephen will be able to manage on his own again. But both men need each other in ways they’re afraid to admit. If their love is going to last for more than one season, they’ll need to find the courage to be honest.

Jay lives just outside Bristol in the West of England. He comes from a family of writers, but always used to believe that the gene for fiction writing had passed him by. He spent years only ever writing emails, articles, or website content.


One day, Jay decided to try and write a short story—just to see if he could—and found it rather addictive. He hasn’t stopped writing since.


Jay writes contemporary romance about men who fall in love with other men. He self-publishes under the imprint Jaybird Press.