I’m reviewing this series together as they are all short and fit together like a glove. 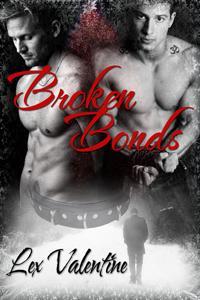 The one thing Haven Noel wants for his Christmas birthday is for his master, Kellen, to love him. But the wonderful Christmas Eve Haven plans for his master goes awry and instead of receiving his master’s love, Haven ends up on the street without his collar. Heartbroken, Haven heads to the club where he and Kellen originally met, only to find it closed.

With a blizzard descending and nowhere to go, Haven curls up on the club doorstep, courting death. Hopeless and shattered, on the verge of losing consciousness, he makes a wish for Kellen to find happiness some day. Two angels with a vested interest in Haven and Kellen’s happiness hear his wish and conspire with Kellen’s family to save Haven’s life, bring love back to Kellen’s heart and give them both the best kinky Christmas ever.

A little bit of a Dicken’s redux, but I love retelling of fairy tales and beloved old stories! Read in one sitting! A Dicken’s classic within a D/s relationship? Heck, yeah. This well-written story captured my attention from page one and didn’t let go–I couldn’t stop reading except to wipe my leaky eyes, because it had tears rolling down my cheeks. I don’t care if it was a bit sappy, in fact, I loved that about it. The characters were perfect for me–broken boys are a big favorite. A darker sort of holiday story but with a HEA ending that was just right.

Then later, I purchased the audiobook and listened to it on a longish car trip. Warning, do not listen to this while driving… even if it is a re-read. Its even more poignant on audio! I had to keep blinking away the tears. Lovely story in both print and audio.

Book Details and Sales Links:    Amazon | All Romance (ARe) 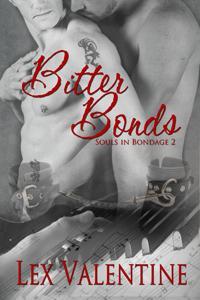 Dominant Jake Conrad isn’t going to get involved in another relationship with a submissive. Burned by two former submissives, Jake vows never to collar one again. Then his best friend Ray brings him a sub like no other. Finn is damaged and bitter, although not as bitter as Jake. The white haired submissive has secrets and talents Jake never dreamed of and the lure of Finn’s need to submit calls to Jake’s soul.

Everyone Finn has ever loved walked away from him. He fears caring for anyone when he knows the outcome will shatter his heart again. When Finn falls for Jake, he gives his lover the ultimate gift, a chance to have the dreams he set aside years before even though he knows that if Jake accepts the gift, he’ll walk out of Finn’s life forever. A slave to his love for his Dominant, the submissive finds his true strength in easing Jake’s bitterness even at the cost of his own happiness.

After book one blew me away, I had very high expectations for this story. First off, I was delighted to get a re-visit and almost a follow-up with Kellan and Haven which tied things up even more nicely. YAY.

Best friends Micah, Haven and Finn find a new sandwich shop called Mouthwatering Subs. When they talk the owners into selling them some T-shirts, naughtiness ensues. The three submissives invite their dominants out to their favorite club, Darkness, for a night of fun jumpstarted by the suggestive T-shirts. A worried Finn just wants Jake, his overworked dominant, to relax. Haven is looking to bring some laughter to his usually serious Dom, Kellen. And mischievous Micah has the tallest order to fill. He’s hoping for a public spanking. Will his normally possessive Dom, Nick, bare Micah’s ass in the club for all to see? It’s a night of fun and frolic for the three subs and their sexy Doms.

Although we revisit the characters from books one and two, the tone of this book is entirely different from books one and two. This one is playful and light revisit to the couples. It was cute, and the subs get a bit bratty for those who enjoy that. We get to explore the friendship that has developed between the three subs we meet in the prior books. But it ended before the talk between Micah/Nick that I’d been waiting for, darn it!! I don’t feel that it moved the storylines forward much. There are three couples in this series: Kellan/Haven, Nick/Micah and Jake/Finn. There hasn’t really been a book dedicated to Nick/Micah as MCs yet, but I hope that there will be in future.

The first two covers in this series are different from the final one… I love the black and white of the first two with the red accent and they are both hot. The final one rather sticks out as different, which for me was disappointing.