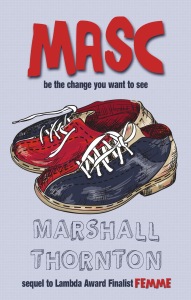 Lionel and Dog are back in this follow-up to the Lambda finalist, Femme. Almost six months have passed and, after taking an online quiz, Lionel believes their relationship is doomed because they have nothing in common. To save their future together, the pair joins a gay bowling league and discovers that Lionel is an excellent, if somewhat eccentric, bowler.

Meanwhile, Dog gets profiled in a work newsletter. He’s excited that he’s out at work, but doesn’t immediately realize that by fawning over Dog’s masculine nature the writer was also putting down all femme guys. Lionel takes it personally, which leads the to a crisis in their relationship. Attempting to make it up to Lionel, Dog makes a grand gesture—which backfires spectacularly.

Will the two manage to put things right? And will a night in jail, a morning of drag bingo, an afternoon of day drinking, and a month of moping make things better or worse?

I just loved Femme, the first story that introduced us to Lionel and Dog, and their road to love and a relationship.  I wish I just had this one to sail right into.  If Lionel is the femme of Femme, than Dog is the masc of MASC.  It’s so fitting that we now get Dog’s perspective in Masc (Femme #2) by Marshall Thornton as we pick up the timeline where Femme left off.

Well, we still get Lionel’s too.  Happily, Marshall Thornton gives his readers this story from both Lionel and Dog’s points of view.  But the focus is on Dog, the idea of a masculine “gay”,  how that definition impacts Dog and others around him, including his relationship with the femme Lionel.

There are so many things about not only MASC but this series that stay with me.

Thornton has created a cast of characters, starting with Lionel and Dog that I have taken to heart.  I fell in love with Lionel first, then Dog.  Here Dog’s vulnerability really stands out.  I keep thinking about Dog/Doug the person…yes, he seems somewhat naive in some respects, but I know people like that.  That earnestness, need to want to help or fix things is “real” and believable.  Which makes what comes later in the story even more heartbreaking.   Because the author uses something that occurs in real life and applies it to Dog.  And it’s not only extremely timely, it’s also upsetting and disturbing because the reactions are ones I’m sure others in his circumstances are receiving as well.

Trust this author to take this series and story and include such serious elements such as child abandonment (Lionel), parental loss, male gender roles, physical abuse, and sexual harassment into a story that includes sparkling dialog, glittering humor, heartwarming romance and love.  That includes Dog’s entire family and Lionel’s family of friends…both of which collide when Lionel joins Dog’s bowling team with surprising results.

The only thing that keeps this from a five star rating (which it will get anyway because I will round up) is that it’s not a standalone story.  MASC needs Femme to lean on just as Dog needs Lionel as his support.  Not that their communication issues get resolved until later in the story. That also feels very real in a new couple.   No,  much of who these two are and how they came together rests in the first story (a must read anyway in my eyes).

I intend to go back and read them one right after the other for my pure enjoyment.  Hopefully, this is not the last of Lionel and Dog.  But even if it is, I’m so thrilled to have made their acquaintance.  I want to go bowling with them, play bingo with them, and just spend more time with them.  It’s time well spent in laughter, love, and maybe a few sniffles too.  That’s life and this story is full of it.  And characters  who you will never want to let go.

Yes, I highly recommend them both.

Cover art: Marshall Thornton.  Love the bowling shoes!  Yes, they also make me think of the other pair not pictured!

Lionel and Dog are back in this follow-up to the Lambda finalist, Femme. Almost six months have passed and, after taking an online quiz, Lionel believes their relationship is doomed because they have nothing in common. To save their relationship, the pair joins a gay bowling league and discovers that Lionel is an excellent, if somewhat eccentric bowler.


Meanwhile, Dog gets profiled in a work newsletter. He’s excited that he’s out at work but doesn’t immediately see that by fawning over Dog’s masculine nature he was also putting down all femme guys. Lionel takes it personally which leads to a crisis in their relationship. Attempting to make it up to Lionel, Dog attempts to make a grand gesture which backfires spectacularly.


Will the two manage to put things right? And will a night in jail, a morning of drag bingo, an afternoon of day drinking, and a month of moping make things better or worse?


Marshall Thornton is known for the Lambda Award-winning Boystown Mysteries. His comedic novels include The Ghost Slept Over, My Favorite Uncle and the Lambda Finalist for Gay Romance, Femme. Marshall holds an MFA in Screenwriting from UCLA and has had plays produced in both Chicago and Los Angeles and stories published in The James White Review and Frontier Magazine. 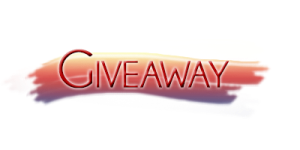 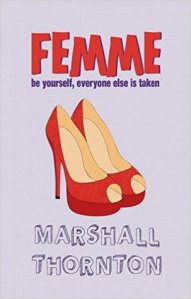 Queeny cocktail waiter, Lionel, wakes up to find himself in bed with Dog, a straight-acting softball player and the two embark on a rocky road to romance. A journey that requires coming out of the closet, going into the closet, a pair of red high heels, many pairs of red high heels, a failed intervention, a couple of aborted dates, and homemade pom-poms. Mostly, Lionel and Dog learn what it means to be a man.

I fell deeply in love with Lionel, the femme of the novel Femme right from the opening paragraphs when he is grapheling with waking up to the morning after realities in the most delightful of Lionel ways.  The conversation he’s having with himself over the man in his bed, the probabilities over what he thinks his name is, whether or not the sex was as delightful as he remembers it was or great dream sex….the rambling goes on and my love affair just solidified itself.  I loved Lionel.

He was effervescence itself while having been through more than a few of life’s harder realities.  Trust me, Lionel is someone who has accepted himself, knows who he is and isn’t going to back down for anyone. He’s fabulous without being a cliche or if he is, Lionel is going to grab that cliche, glam it up, and make it his own.   I totally forgot that Marshall Thornton had created him.  For me, Lionel became real in just a few pages and has stayed that way, even now.

Then Dog woke up.

Dog aka Doug, well, he’s got a different path to  walk, including that to my heart.  It takes a while with Dog.  He’s unsure of everything in his life, including how to stand up for himself, how to come out to his family, how he feels about femmes, just about every important question in life is one that Doug needs to answer in this book.  Loyalty, love, and relationship questions….all are looming large here.

Dog  (the reason for his name will be explained towards the end of the story…perfect really) undergoes realistic character growth.  A much needed ones.  Because, like Lionel, Doug comes across as so real he is also so disappointing in his actions at crucial times in the story.  You’ll see it coming and start flinching at the approach because Marshall Thornton knows human behavior.  I can see readers having issues here.  But it is also what makes Dog/Doug’s growth and the steps he finally takes so rewarding.  He becomes the man who Lionel deserves to have in his life.  They deserve each other, pom poms and all.

Marshall Thornton really knows how to write characters that have staying power.

This is the first in a series.  It has me wondering if the author will pull from the pool of amazing characters he created for this novel or if he’s going to do something  entirely   different but same subject matter.  I don’t care. Ok, yes, I do.  I love all these characters and want to see them all again, except one.  Boo hiss to him.  So I’ll be waiting for my next Marshall Thornton story to arrive (he’s become an automatic read for me).  Meanwhile, I’m highly recommending Femme (Femme #1) by Marshall Thornton to all of you.  It’s two person narrative is highly addictive as are its characters,  the story flows smoothly and quickly, and the ending is one to leave you happy and wanting more of  this couple.

Cover art by Marshall Thornton.  I like the red shoes.  So Lionel but the font seems to harsh.  Maybe that’s what’s jarring me.