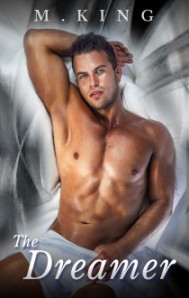 Horacio Valdez has been haunted by his dreams his entire life.  Brought up in a small town in California, his shy nature and determination not to disappoint his parents led him into a life of isolation and loneliness.  Every step he made out of his box of isolation was met by small social catastrophes, ones gotten over by other children but not by him.  By the age of 21, Horacio found himself consumed by his studies.  They were predictable and reassuring.  There was no magic, no upsetting surprises but neither contentment or joy was to be found.  Soon Horacio’s life was one of mundane routine and a few nice friends.  His days were full and his nights were dreamless.

Horacio’s childhood and adolescence were full of dreams, the only place growing up he felt alive and happy. Horacio left them behind as he got older until an accident suddenly brings them back.  Soon his dreams and the man inside them feel more real than life.  But is there something more to his dreams then Horacio realizes?

What a nifty little horror story M. King has created in The Dreamer.  In this short story King manages to capture all the loneliness and fragility of childhood along with the disappointments of adulthood in the personable young man, Horacio Valdez.  Unlike other stories, I appreciated the fact that King had Horacio surrounded by loving parents and sister.  The hollow spaces inside Horacio were created by his own nature.  Upset by the reality of the world outside his bedroom, child Horacio retreats to his bedroom, into his books and his dreams at night.  How many children find comfort in books and their bedrooms?  Quite a few I imagine, so King’s storyline has a realistic feel.

King’s narrative carries the reader slowly into Horacio’s thoughts and daily life.  Like Horacio we are not sure about what is happening to him once the dreams return.  That slow measure of awareness that starts to creep into Horacio’s consciousness is a delight, leaving the reader with just a touch of goose bumps along with a full measure of questions.

There is a certain amount of sexuality here, none of it explicit.  Nor is this a romance or a love story.  Those looking for either, should look elsewhere for a story.  But for lovers of the supernatural or short story fiction, The Dreamer just might be the story you are looking for.  Pick it up, for a truly delightful short journey into the supernatural and dreams.

Cover:  Artist not credited.  I found this cover to be misleading.  Nothing about it speaks to the story within,  It makes you think of love and romance.  Definitely not this story.