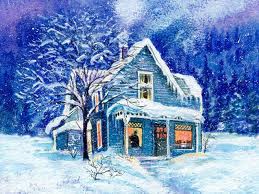 Here it is the 18th of December and Christmas is but a few days away.  This hardly seems possible as I clearly remember it being Thanksgiving only yesterday and cooking up a storm for dinner at the farm with the family.  Now it’s Christmas and New Year’s just around the corner.  That means it is also my father’s birthday.  He was born on  December 31st.  And every year he tells us how happy he is that so many people celebrate with him.

I love that thought but it does make me think of my father growing up without a real birthday celebration of his own, something he doesn’t dwell on.  It was a different time in the 30’s in a small town in Georgia.  Celebrations, if any, were smaller in scale and maybe one special present or two were given out to the birthday boy who happened to be born New Year’s Eve.

So different from the birthday celebrations my parents threw for my sister and me as we were growing up, full of streamers, cakes, party hats and wrapped boxes.

What do children born on the holidays feel about that?  Do they feel as though all are celebrating with them or do they feel left out?  No special day just for them to celebrate the fact that they were born and have made a difference in the lives around them.  One young girl wanted to change the date of  her birth.  This is her story.

Her name was Anne Ide.  She was born December 25th in 1876 in St. Lawrence.  Her father went to the island of Samoa when she was 15 and there met Robert Louis Stevenson, author of Treasure Island.  The two men became good friends.  Anne’s father happened to mention to the author that his daughter had never had a real birthday because of the date she  was born. This is how Robert Louis Stevenson fixed that.  He wrote up a document formally deeding over to Anne his birthday instead. It said

“I, Robert Louis  Stevenson, …have attained an age when, O, we never mention it, and…have no further use for a birthday of any description…do hereby transfer to…(Miss) A. H. Ide, all and whole my rights and privileges in the 13th day of November, formerly my birthday, and ,now, hereby, henceforth the birthday of said A(nnie). H. Ide, to have, hold, exercise, and enjoy the same in the customary manner, by the sporting of fine raiments, eating of rich meats, and receipts of gifts, compliments and copies of verse according to the manner of our ancestors.”

What a joyous idea and gift for the young lady who wrote back and thanked him.  She did wonder, however, what he would do without a birthday?  Would he cease to age while she, having 2 birthdays a year, would age twice as fast?  Her charming letter brought another reply from the author.  He said that she only had 1 birthday now and that was in November 13th.  She was now one month and 12 days younger than she had been.  And as for himself?  Perhaps he would age no more or “come to pieces….at a moment’s notice…”. At any rate he did not regret giving her his birthday to a girl who had never had one. (www.vermontstory.org).

What would my father think if someone had offered him a new birthday, I wonder.  Perhaps I will remember to ask him as the family and the rest of the world are celebrating on New Year’s Eve.  I will also raise a glass to Robert Louis Stevenson and Anne Ide…for a remarkable story of kindness and friendship.  I hope I remember them on her birthday….November 13th.

Since most of us are busy getting food reading for all the Holiday celebrations, I thought I would include one I just made this week. It was so good, I am throwing into the holiday dinner rotation.  It looks so pretty and is so delicious, even the next day. Enjoy.

3/4 cup breadcrumbs
3 teaspoons chopped fresh rosemary
3 tablespoons chopped fresh parsley
3 tablespoons drained horseradish
3 tablespoons extra-virgin olive oil, plus more for brushing
Kosher salt and freshly ground pepper
Prepare the stuffing for the steak: Preheat the broiler and place the peppers cut-side down on a foil-lined broiler pan. Broil until the skin is charred, 8 to 10 minutes. Transfer to a bowl, cover with a plate and set aside until cool enough to handle. Peel the peppers with your fingers or a paring knife. If necessary, lightly rinse to remove any remaining skin and pat dry.

Preheat the oven to 425 degrees. Heat the olive oil in a large skillet over medium heat. Add the leek and garlic and cook until soft, about 5 minutes. Remove from the heat, add the parsley and season with salt and pepper. Let cool.

Gently pound the steak with the flat side of a mallet or heavy skillet until 1/4 inch thick. Lay out on a cutting board with the long side facing you and season with salt and pepper. Place the roasted peppers evenly over the meat, leaving a 1-inch border all around. Top with the cheese slices, then the leek mixture. Roll the meat away from you into a tight cylinder, tucking in the filling as you roll.

Make the crust: Mix the breadcrumbs, rosemary, parsley, horseradish, olive oil, 1/2 teaspoon salt, and pepper to taste in a medium bowl until moistened. Brush the steak roll with a bit of olive oil and press the breadcrumb mixture over the top and sides. Tie the roll with twine in three or four places, making sure it’s not too tight (you want the crust to stay intact).

Place the steak roll on a rack in a roasting pan and roast until the crust is golden and a thermometer inserted into the center registers 130 degrees for medium-rare, about 45 minutes. Transfer to a cutting board and let rest 15 minutes. Carefully cut off the twine, then slice the roll crosswise into 1-inch pieces.