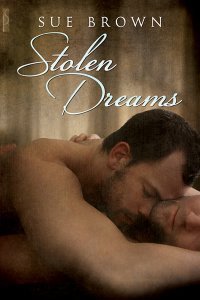 It has taken Morgan 5 years to get his life back on track after he derailed it by cheating on his best friend and lover. After finally climbing out of his drunken depression with help from his friends, he now owns a successful coffee house, has a great career as an assistant direction in the film industry and is happily engaged to Jason, a gorgeous up and coming movie star.  He has it all and then Shae Delamere comes back into his life.

Shae Delamere was Morgan’s best friend and lover all their lives, up until Morgan destroyed their relationship by cheating on Shae in a moment of weakness. For two years, Morgan held out hope that his phone calls and letters would be answered and then he gave up and moved on.  Now with Shae’s reappearance, Morgan realizes that he never stopped loving Shae, even with all that had happened to them both, even his fiance can see it. When it turns out that their friends manipulations that helped keep them separated, the pain of the betrayal combined with the love they still hold pulls them together once more.  But there are still so many lies still hidden and a geographical distance to overcome.  Will both men be able to overcome the pain and past hurt to have a future with each other?

Stolen Dreams is a very well written story of young love derailed by lies, lack of communication and the maneuverings of those closest to them.  Brown’s characters are all too human in their faults and abilities to self destruct.  Morgan is easily my favorite character and the one I empathized with the most.  Morgan made a mistake at 19 that destroyed not only his only love and their relationship but tore apart two families that had been close since the boys were very young.  At 19, the mistake he and Shae made (as Brown makes clear, there were relationship errors on both sides) was huge but it was a mistake grounded in poor communication, worse judgement, and a relationship  already on shaky ground, a fact neither man acknowledges until five years later. Brown’s story is strengthened by her wonderful ear for dialog and the depiction of the areas out there waiting to trip up any relationship that doesn’t have a firm foundation.  This holds true for the young that don’t have the maturity and skills necessary to maneuver the rocky shoals life hands one and make it safely to harbor.

Shae Delamere was a character that felt less authentic and therefore, much harder to like and empathize  with.  This is a problem as he is set up at the start as the main victim here and to my way of thinking ends up more the victimizer instead.  Shae is far too passive, he too easily accepts what others tell him even though he knows they have every reason to lie, he doesn’t follow through on his actions, he lies, he is constantly sorry etc.  Shae just doesn’t have the depth that Morgan’s character has. He seems more a reactive element here and that takes the entire story down a notch.

Another quibble I have with this story is that it is an examination of relationship dynamics but neither Morgan or Shae seem to learn from their mistakes in the past.  When lies continue to surface with the expected reverberations, do they communicate with each other?  No, instead they bury their problems under sex.  A realistic problem in some relationships true but even as Morgan raises the question of why that is their answer to problems, Sue Brown never gives the reader or her characters a satisfactory answer.  They continue to use that as a bandage right up to a devastating revelation that I did not see coming, a final lie that threatens everything that has come before.  This denouement also pancaked the ending of the story for me.

The ending is the final quibble.  Yes, it is a  HEA.  But for me it seems to be a bit self delusional for Morgan.  I could see the ending as a pragmatic and realistic way for Morgan to obtain what he wants but the author coats it all with a saccharine layer of immediate forgiveness for an almost unforgivable event and again a round of sex to blanket the real issues of trust, continuing lies and hidden agendas that plague Morgan and Shae’s relationship from beginning to end.  Morgan is understandably furious and hurt, then it is all glossed over in the name of love and HEA. It did not make sense given the amount of time Brown took to get her characters to a semblance of realistic actions and emotions.  So what started off to be a great book I was really enjoying metamorphosed into a story that ended up with me feeling as though I had stayed too long at a party held by bickering neighbors I never liked all that much.  What a shame.