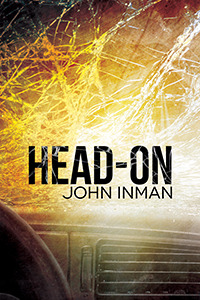 At 24 Gordon Stafford had it all. A rising career as a tv meteorologist, a loving family, a wide circle of friends…everything anyone could want. By 26, Gordon Stafford had lost it all. And all it took was the decision to drive home drunk from an awards ceremony. That decision shattered three mens lives immediately. For one man, the driver of the other car, it cost him his life. His passenger? Multiple injuries and the love of his life. And for Gordon, the driver that hit the other car head on, it cost him his career, his home, his friends, his self esteem…everything that had mattered to Gordon at the time.

Two years later, Gordon is a changed man. Consumed by guilt and shame, Gordon spends his days thinking about suicide and working at court appointed community service at Mama’s Soup Kitchen, the local shelter for the homeless. It’s there he meet’s Squirt, a young man barely surviving. At first meeting, Gordon realizes that Squirt is special. He seems shy and fragile. But when Squirt saves Gordon from a beating or worse from thugs under a nearby bridge, Gordon realizes that looks can be deceiving and that Squirt is much more than he appears.

From that moment on, Gordon finds a new meaning to his life. He rediscovers his will to live and perhaps even found love. And it’s all due to having Squirt in his life. But Gordon still needs to find forgiveness. Forgiveness for himself and the destruction he caused.  And that the forgiveness Gordon needs the most will come from the one person he least expects, the one closest to his heart.

Head-On is a huge departure from the comedic stories John Inman normally writes.  Unlike those novels which are full of laughter and humorous moments, Head-On naturally has little to none, which should  be expected given the nature of the plot and the gravity of the subject matter at the heart of this story.  With Head-On, John Inman demonstrates he has as deft a gift for writing characters full of pain and poor life choices as he does people with lives filled less with drama and more the search for romance.

The opening chapter of Head-On is astonishing for a number of reasons but the most important of them is that Inman pours us into the seat next to Gordon, first at the awards dinner as he consumes multiple congratulatory drinks and then in the passenger seat of his car as he makes that fateful decision to drive home drunk.  We’re in his head, and his thoughts could so easily be that of anyone who has taken one drink too many and decides to drive.  But this time Gordon’s poor judgement results in a fatal car crash that we catch in shocking glimpses just before Gordon passes out after the cars collide.  That one scene will stay with you for some time to come.

From there we move to Gordon’s life post crash, and here Inman pulls no punches, makes no excuses for Gordon who is mired in guilt and self loathing.  And yes, still drinking.  Inman’s realistic portrayal of  Gordon shows a man totally aware of the consequences of his actions, the life cut short, the destruction of families, someone who is living with a pain that has no balm.  Gordon exists in a prison of his own making.  And for those who get frustrated and angry when they hear of drunk drivers getting off with a so-called “slap of the wrist”, especially those whose actions caused the deaths of others, this feels like a window into the post accident life of one of those drivers who “got off lightly”.

Just the subject matter of drunk drivers is inflammatory.  That category covers the range from repeat offenders to those who make a one time bad decision when they decide they are sober enough to drive home. And while this book opens up the conversation about drunk drivers and asks the question “what is ample punishment for their deeds”, it remains focused on those drivers like Gordon.  For some, like Gordon, theu are their own warden, turning their lives into a sort of prison of their own making.  It’s a wretched life John Inman constructs for Gordon and it reeks of authenticity and despair.

Only Gordon’s court ordered community service at Mama’s Soup Kitchen provides a temporary relief to the cycle of drinking and hangovers that has become Gordon’s life.  Again, Inman brings Mama’s to life, from the kitchen preparations to the customers who line up for what might be their only meal of the day.  Inman gets the details exactly right, including all those homeless and down on their luck people who need a shelter like this so badly.

Squirt who appears to get a meal isn’t exactly homeless but he is clearly a person who has been damaged in more ways than are visible.  His mental faculties are simplistic while  still remaining that of an adult.  His is a lovely character, vulnerable and easy to connect to.  Which is exactly what Gordon does.  Squirt is  another lost soul and when he rescues Gordon from an attack, he ends up saving Gordon emotionally as well as physically.  Watching this relationship form is such a heartwarming element of this story.

The “revelatory” aspect of Head-On is not as surprising as one might expect.  But here it’s the journey to the “denouement” and not the revelation itself, that drives the story.  Its the twists and turns, the stops along the way as Squirt and Gordon try to figure out a way to move forward towards redemption and forgiveness that make this story such a memorable read.  Inman’s writing style works so beautifully here to bring us into Gordon’s thoughts and life.  And then it does the same for Squirt.  From wretchedness to hope, from personal darkness to atonement and light, this story works on every level.

I highly recommend this moving story.  With it John Inman moves into the ranks of authors who can move easily from one genre to the next, from angst to comedy and any combination thereof.  If he was not a “must read” author for you before, Head-On should bring John Inman into that circle for you now.  Don’t miss out on this remarkable story.

Cover art by Reese Dante.  Explosive and Emotional. Perfect for this story.