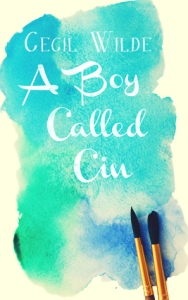 On the search for a cup of coffee before the guest lecture he’s giving, Tom spies a tired, half-frozen young man who looks even more need of coffee than him. On impulse, he buys the man a cup—but an attempt to strike up conversation ends in the young man walking off, seemingly put off by Tom Walford—the tabloids’ favourite billionaire—buying him coffee. But when he reappears in Tom’s lecture, all Tom knows is that he doesn’t want the man slipping away a second time.  Agreeing to dinner with a man he only knows from internet gossip columns isn’t the wisest decision Cin’s ever made, but he wants to like the infamous Tom Walford and he can’t do that if he doesn’t give the man a fair chance to be likeable. Which he is, almost frustratingly so, to the point Cin wishes maybe he hadn’t been so fair because he never had any intention of getting attached to Tom, who seems to come from a world far too different from his own for anything between them to last. Little does Cin know, they’ve got a lot more in common than he imagines—including their shared discomfort with their assigned genders, and all the complications that go with it.

A Boy Called Cin by Cecil Wilde is the story between Tom, a famous forty years old billionaire, genius of the tech industry and Cin, a twenty years old broke, smartass art student. They are attracted to each other from the first time they meet in the coffee shop of the campus where Tom works and Cin studies. Theirs will be a slow burn story, full of fears from both of them. Tom is basically a lonely man, apart from his sister Poppy. He is a mess, living a life he’s not comfortable with anymore.

“I have been so uncomfortable for so long without knowing how to fix it. I tried ignoring it, pretending it wasn’t there, and then when that didn’t work, I just tried hiding it. And then you came along and gave me a word for what I was feeling and took me seriously, and I don’t deserve any of it, because I’ve done absolutely nothing for you except annoy you.”

Tom finds in Cin the first person he can finally confide in and trust. Cin got him from the start, he is the only one to keep in mind Tom’s needs and feelings. I like how they are supportive of each other.

I can honestly say this is not my favorite book of the author. It was sweet, but not so sweet as the other two I read by Cecil, it was instructive to me (Cecil has the power to make me feel stupid every time I read one of their books). My problem with it was my impossibility to like the characters. Tom seems so young, so fragile, while Cin is too cynical for be just twenty. I don’t like my characters to be perfect, I love to read about damaged and normal persons just like us, but Tom and Cin were not for me. Especially the dialogues between them didn’t seem real at all.

As I already said in my review of Defying Convention, I loved how the author addressed various transgender issues, especially in this book. I liked the writing, even if I often have a hard time read a book written using the simple present. At the end I’m sorry, I’m a little disappointed by it. I was really hoping in something more.