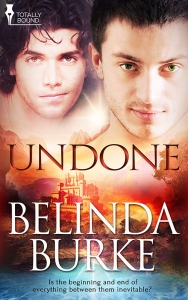 One of the things I enjoy the most about being an author is being able to play with the mythology I grew up with. I can give it a new shape, even while the heart remains the same. My grandmother used to put me to sleep with stories about sidhe and their hidden kingdoms, about Arthur and Merlin, and about how the first Irish won their home from dangerous immortals. So, when I first started writing I really, really wanted to share my own versions of those stories. I wanted to share of the twists my grandmother told, many that I invented myself, and some that appeared like magic (I occasionally suspect my brain isn’t entirely under my own control, but that might be a delusion of fiction.)

When I started reading in the wider world, I found out that the tales that were familiar to me were well known all over – and the more I read, the more I began to notice the similarities, as well as the differences. They come in many retellings, but some things are always the same. There’s a huge boom in fairy tale stories, while the writers of our generation (including me) try to build a new mythology out of the old. It’s important to give these stories meaning that fits the world as it is now, instead of how it was a thousand years ago.

Part of this means that the stories need to reflect new problems and struggles, and part of this means that it needs to reflect new values, too. It’s for that reason that my retelling of these stories and Arthurian saga focuses on LGBT characters – and on the sidhe. There has always been romance in the legends and in tales of Camelot, but every single one of those stories has two things in common – firstly, they’re all straight romances, and secondly, they take place in the “human” world.

Despite the occasional presence of an otherworldly interloper, we never find out what’s happening on the other side of the veil. We never get to see why Merlin is doing what he does, why the courts of fae and other immortals interact with Arthur and his predecessors. And, whether it’s an oversight in the mythology, or something lost in intervening generations, all the protagonists are straight. My characters decided to take care of both problems for me by appearing as gay and bisexual sidhe, intent on telling the old stories in their own way.

But of course, that doesn’t exempt them from the usual trauma and drama that accompanies the search for love! 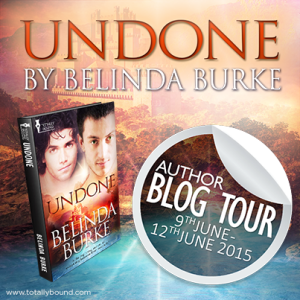 The first step on the road to addiction is desire…
Tighe is Summer’s prince, the second son of the Summer Queen. The blindness of his mortal father cursed him with eyes that see too much, and now he wanders the woods of immortal Summer alone. He is an outsider in his own country or at best a curiosity—never someone anyone truly wants.
Faelan is gancanagh, one of dark Summer’s most treacherous beings. Beguiling as he is beautiful, he, like all of his kind, was made to incite lust and longing, even as he seeks true love. For anything mortal, anything unprepared, even to be in his presence is dangerous.
When the two meet by chance, Faelan can’t help but be curious about this half-mortal prince—and the prince is more interested in a companion than questioning what kind.
Tighe has never seen anything but the lie behind love. Faelan is love’s lie and knows it. Is the beginning and end of everything between them inevitable? Which is stronger, need—or nature?

Faelan kissed him, silenced him, dared to look deep into Tighe’s eyes. “I want you.”
The truth of those words, all their wanton promises and the pure intention to keep them was in Faelan’s voice. Tighe couldn’t see it now anymore than before, but he couldn’t bring himself to believe it was a lie, either. He looked away, then back, shrugged and gave in to the smile twitching at the corners of his lips. “So? I already said the same thing. I already asked what you’re going to do.”
There was more than just heat behind the flicker of eyes that met the challenge of Tighe’s gaze.
“You did. And I said anything you’ll let me, so does this mean you’ll let me do anything?”
“No. But you know better than not to stop when you’re told, don’t you?”
There was a flash of something hurt-angry-dangerous in the bright green eyes. It dissipated in understanding humor a moment later and when Faelan leaned forward again, the curve of his lips was all but roguish. “I do. And if you can tell me to stop, I will.”
“If I can?” Fire on Tighe’s skin flared outward, brought steam off the surface of the water. Half mortal he might be. He was also the son of the Summer Queen, and his power unleashed was more than enough to singe the luster from the air. “I don’t think that’s something you should be worried about. Who do you think I am, anyway? Maybe it’s you who should think about if you can tell me to stop.”
The solemn expression Faelan had tried dissolved at Tighe’s last words. “Prince, my prince, I would never tell you to stop. Never.”
Something low and dark was in his tone, and that, like his wanting, Tighe couldn’t bring himself to doubt or deny. This time he was the one to initiate their kiss, to take Faelan’s soft lips for his own just like he’d wanted. Faelan ran his fingers under Tighe’s tunic and hummed his delight when Tighe leaned back just long enough to pull it off and toss it over his shoulders, onto the grass.

Publisher’s Note: This book is associated with the Eight Kingdoms series by Belinda Burke.

Check out Eight Kingdoms, here is the series blurb:
Strange alliances are forged among the fae as Macsen Cadoc and his fae allies attempt to defeat the Milesians, Irish huntresses who bear a grudge against the sidhe.
Failure will bring Macsen to his knees; success may do the same, unless he and Bran Fionnan, once a captive of the huntresses, can succeed in sowing seeds of peace. Yet even while some attempt to find a middle ground and forge a place where tolerance can flower, a new power rises, a threat to them all.
The Church of Rome aims to win the earth from its immortal rivals, even if doing so comes at the price of magic itself. It will be up to Macsen to make a choice that might save the fae and all that sustains them…but only Bran has the power to convince him to do what is right.
Can mortal and immortal overcome the conflicts that divide them when some must hunt others to survive? Is love stronger than anything—even a Fae King’s pride? 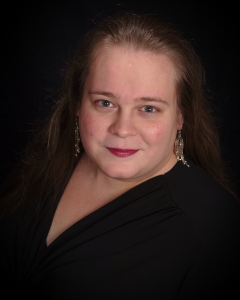 About  Belinda Burke:
Belinda currently lives on the New England coast with her fiancée, their room mate and her cat. When she’s not writing, she’s working toward degrees in Philosophy and English, embroidering or reading.
Belinda writes in several genres, but a little lust and love always work their way into her stories.

Find her here also at http://www.belindaburke.com

Enter Totally Bound’s June blog tour competition for the chance to win an eBook of your choice, not including boxsets or anthologies.  Must be 18 years of age or older to enter. Prizes provided by Totally Entwined Group.