Looking for a spooky, creepy Halloween month read?! Check this one out! 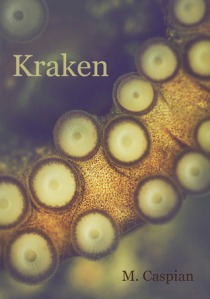 Will MacKenzie’s boyfriend Parker gave him an ultimatum: move to a remote off-shote island with him or call it quits. Will initially chooses the latter but it rips his heart out. It doesn’t take him long to decide that he’d picked wrong, and he finds himself heading off into the unknown to fix his mistake. After a terrifying incident on the docks sets the mood for the excursion, Will is further chilled to find that most of the locals think they recognize him? And why can’t he seem to leave the island once he’s arrived?

Please do heed the reader advisory. This story contains scenes that may offend some people, including rape, extreme violence, tentacles, and reference to past sexual abuse of children.

If you can get on board with all that, then step right into a tale that is deliciously eerie right from the beginning with a bit of a gothic feel to it. Ominous and foreboding are good words to describe how this made me feel right off the bat. It made me shiver even as it gripped me and drew me inexorably in.

Next came enticing layer upon layer of mystery that kept me guessing as to exactly what the heck was going on. I encountered quite a few WTF moments before things began to become clear. And them, YIKES! It’s horrifying, and the author pulls no punches in describing that in detail for us folks. Strong visceral visual images abound.

Do not doubt it, this book is a m/m horror, genuine monster erotica—and it’s high on the gore and slime factor. Not recommended for the squeamish. Take a sociopath, cross him with tentacles, give him time to mature into a truly evil villain and you have the inkling of the idea of what a read is in for here.

One of the more unusual takes on shape shifters that I’ve encountered. Nice world-building. Well-rounded characters that grow and change throughout the story.

I’m not going to go into attempting to describe the plot, as it’s better that reader’s experience it for themselves. I’ll just say, it creeped me out, it made me shiver and shudder, it made me very glad I was nowhere near an island or a boat or an ocean or any body of water… but it held me spellbound as all was revealed.

If you’re looking for something unusual and dark with a satisfying ending, this author delivers up tentacle-sex with plot that fits that requirement in spades.

The cover is perfect for this story.