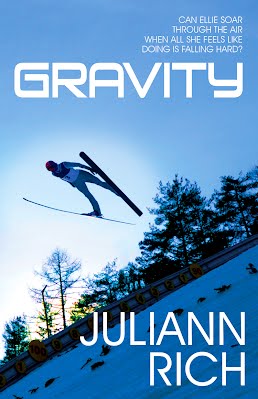 A dream at Olympic gold in ski jumping. It’s a dream that’s been the exclusive property of male Olympic athletes.

For seventeen-year-old Ellie Engebretsen, the 2011 decision to include women’s ski jumping in the Olympics is a game changer. She’d love to bring home the gold for her father, a former Olympic hopeful whose dreams were blown along with his knees on an ill-timed landing. But can she defy the pull of gravity that draws her to Kate Moreau, her biggest competition and the girl of her dreams?

How can Ellie soar through the air when all she feels like doing is falling hard?

“A spicy novel about two young women daring to fly free in life and love while accurately depicting the thrill of ski jumping!”

Get a Sneak Peek at Gravity!