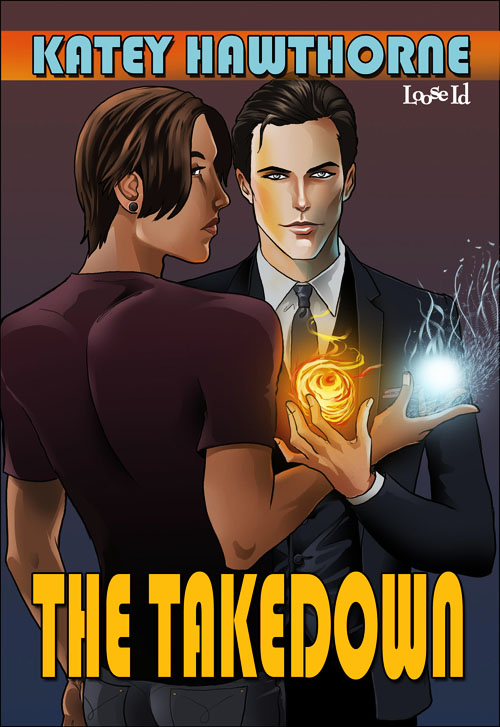 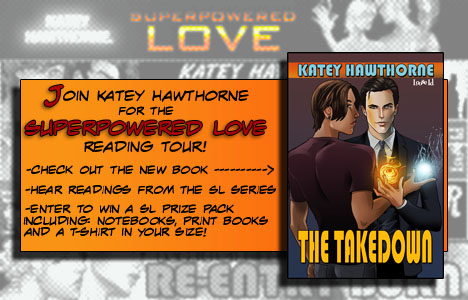 Scattered Thoughts and Rogue Words is happy to have Katey Hawthorne here today with a new book from her Superpowered Love series. Katey has a great giveaway package for the readers to enter to win and a wonderful vid excerpt to watch.  Welcome, Katey!

Jody Aguirre’s family was kidnapped and tortured by witch hunters, and after a few days of captivity, he’s all that’s left. Using his frosty awakened superpowers, Jody manages to escape—and is rescued from the side of the road by Bren Faulkner’s stretch Town Car. Bren, a hot-thermal awakened with government connections, promises to help find the witch hunters who destroyed Jody’s life.

While navigating his trauma and pain, Jody comes to rely on Bren for more than just food, his house, and his superpowered connections. Brendan is all that reminds Jody what’s left to live for, and a strong advocate for justice vs. vengeance, like the proverbial knight in shining armor he is. As their affection for one another deepens and their attraction becomes impossible to deny, Bren wonders if acting on their feelings would be taking advantage. Jody, meanwhile, struggles to claw his way back to something like normality, knowing that Bren’s part of the solution, not the problem.

But none of it matters if they don’t take down those witch hunters.

About The Superpowered Love Series

The “Superpowered Love” books feature stories of the awakened, people with either thermal or electrical superpowers. While they share a world, there is little to no character crossover, and they can be read in any order. For more info: http://www.kateyhawthorne.com/p/superpowered-love.html 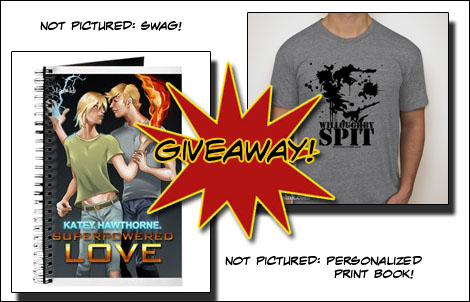