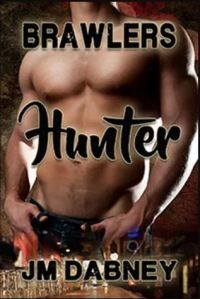 If there was a way to completely destroy his life, Hunter Black would do it. He was a catastrophe waiting to happen. Survival was his only priority and having to leave his old life behind that meant a job of the legal variety. He’d found one as a bartender at Brawlers Bar and a safe place in a huge house with the rest of the bar crew who quickly became the family he’d never had. The one thing Hunter didn’t need was his old life tracking him down.

Deputy Wren Gramble hated his job and his weekend assignment of staking out a bar in the middle of nowhere waiting for drunks. Although he’d heard the homophobic and racist jokes going around about the crew and customers, he kept his head down and stuck to his job and nothing else. He despised being driven back into the closet, but he’d reached the end of the line and what he’d do if he earned another transfer he didn’t know.

Linus Trenton was considered the normal one in his family and according to the weird ones that meant he should be punished on a daily basis. He never came out one way or another, if he found someone attractive he was attracted. His life was complicated enough having a crush on the sweet and awkward Hunter but now he had to throw Wren into the mix. Linus didn’t have time for dating or romance, most of the time he didn’t even think about having a sex life, although, Wren and Hunter were ruining his calm.

Hunter was in lust with the handsome deputy the minute the man pulled him over, but a man like that wouldn’t give him the time of day. His friend, Linus, was another matter altogether. Hunter wanted both. His bosses made it work with their man, why couldn’t he? Could Hunter prove he wasn’t as much of a screw up as he appeared or would he have to call in backup to claim his men?

Hunter (Brawlers #4) by J.M. Dabney surprised me in many ways.  For me it seemed to hold  the least amount of angst that i’ve come to expect of the Dabney men and the Brawlers series.  Hunter is quiet to the point of utter silence, he’s so clumsy that he often poses a danger to himself and others, shy with a self esteem that seems to exist at basement level.  He’s bearish with long hair (how the cover missed a motherlode there) and everyone seems to want to look after him.  Surprisingly again, the author is stingy with Hunter’s backstory. At least with the others, we’ve gotten an idea of the circumstances that brought them to Brawler’s.  Here we just get the barest outline of jail time and some juvenile arrests, not nearly enough.

But whatever the case maybe I felt as though this threesome was missing some of that magic, or vivid relationship interactions that brought the other three stories alive.  Somehow I never felt as connected to these men as I did all the other couples (and it’s not due to the fact that it’s a menage – those can be very hot).   Maybe it was that it felt as though it happened too fast, or just that Hunter had ignored Linus and then he didn’t.  I’m not sure what the element here is that made me wishing for all the other couples stories again but the spark, that heat, never flared.  Sweet, happy even, yes….but never quite Brawlers red hot.

There are some really funny moments here to enjoy. I can always count on the author to supply those, usually along with some major angst which is missing here.  Dabney’s  wonderful dialog and  rough hewn characters are always something I look forward to and I needed to see Hunter get his HEA which he does.  Most importantly though, the author is tying up some story threads and setting the tone and overall plot in place for two of the best books of the connected series (all three), that would be Ghost and Joker.  I have listed all the series and stories below.

I don’t really consider any of these stories stand alone as they flow from one person to another, connecting, developing and using each as a foundation for the next.  So remarkable.   So one more jump backward to the Twirled World Ink series to see where it all began.

Whether it’s Hunter or the Brawlers series, I absolutely  recommend them all.  Then continue to  finish off all the series and wait for the rest to be released just like me!  I can hardly wait.

Cover art by Winterheart Designs is showing just the torso.  I think this is a miss as they could have included Hunter’s signature long hair.