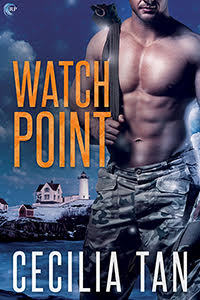 Eric Sakai-Johnson joined the Navy SEALs to protect his country and the people he loves. After discharge, he finds himself relegated to protecting big pharma billionaire Aiden Milford from assassination attempts and kidnapping. Until Aiden reneges on a promise, fires Eric, and lets Eric’s mother die with millions of dollars in medical debt.Now Eric is the kidnapper. Snatching Aiden’s twenty-two-year-old son, Chase, for a multi-million-dollar ransom is the only way to get justice. It’s time for Aiden to learn what it’s like when someone you love is at the mercy of forces beyond your control. Eric has it all planned out. The one thing he didn’t plan for is the intense erotic spark between him and Chase.Chase has been chafing under his father’s autocratic control. A gay hookup app has been his only ticket to rebellion—to clandestine moments of freedom, excitement, and danger. Now it’s his ticket to a deep connection and amazing sex with his “captor.” On the rocky island where they’re sequestered, Chase finds Eric to be everything he wants in a man: quiet, strong, capable, and honorable . . . until he finds out he’s been captured for real.
This was just over the top and I only finished it because it was an arc book.  The plot is in in the blurb.  Pretty much that’s the entire plot but with a bazillion sex scenes thrown in.  Nothing either of the MC’s did made sense to me.  The plot did not make sense to me.  Their actions made no sense to me (ie you’re a highly trained Navy Seal & your idea of torture is to beat someone with a sock with a bar of soap in it?)  Their attraction to each other made no sense to me.  Just nothing did.
There were way too many sex scenes.  The majority of the book was a one sex scene or another.  Maybe this was supposed to be erotica but it didn’t feel like it.  It felt like it was supposed to be a regular book.  Just one with way too many sex scenes that over shadowed the plot.
This was a new author for me and I was hoping for a new author/series to immerse myself in.  Unfortunately this was not for me and I won’t be trying this author in future.
The cover was done Natasha Snow and I think it’s a great cover.  It’s what caught my eye and made me want to try this book.
Sales Links:  Riptide Publishing | Amazon
Book Details:
ebook, 177 pages
Published November 6th 2017 by Riptide Publishing (first published November 2017)
ISBN139781626496705
Edition LanguageEnglish