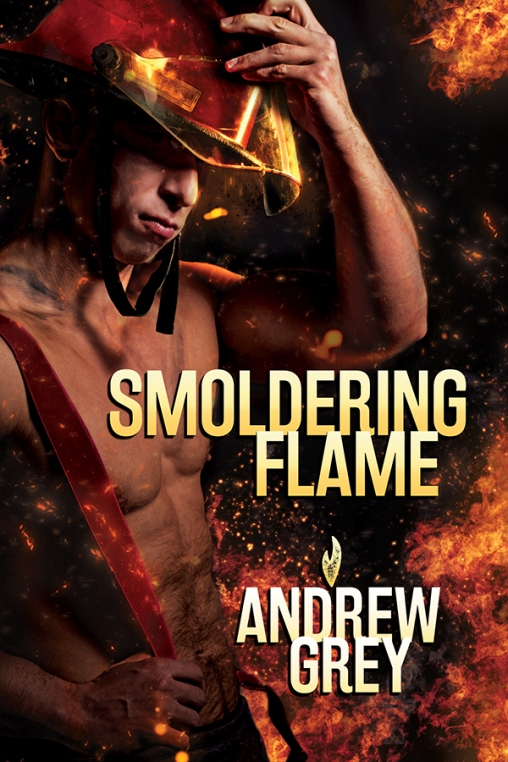 Scattered Thoughts and Rogue Words is happy to host Andrew Grey today on tour with his latest release Smoldering Flames. Welcome, Andrew and thanks for answering a few of our author questions…

Do you like HFN or HEA? And why?  I like both, though I prefer an HEA, some stories just aren’t able to provide that level of closure and I think the story should dictate its ending.

Do you read romances, as a teenager and as an adult?  I read a lot of romances now, but I didn’t until I discovered gay romance around 2006.  That opened a whole new world for me.

Who do you think is your major influence as a writer?  Now and growing up?  My major influences as a kid were stories by Jules Verne and Clive Cussler.  I loved adventures.  As an adult I learned that love can be an adventure and I write about that kind of adventure almost every day.  I have the best job ever.

Sometimes the strongest flames take the longest to ignite.

Firefighter Dean’s life revolves around his very ill son, Sammy. Caring for Sammy and working to make ends meet leave Dean time for little else, and romance isn’t something he can even consider—no matter how much he longs for someone special to join their family. Because money is tight, Dean couldn’t be more grateful to the photographer who does Sammy’s session free of charge.

After growing up in the foster care system, Marco knows how to rely on himself, and his hard work is about to pay off—he’s poised on the cusp of fame and success he could only have imagined as a lonely child. When Dean brings Sammy into Marco’s studio, Marco can see they’re struggling, and both the boy and his father stir Marco’s heart. The slow burn between the two men isn’t something either expected, but neither wants to lose the possibility of a loving future. With Dean’s dangerous and possibly life-threatening career and Marco’s demanding one, can romance and forever find a place to fit?

“Dean, why don’t you come back?” Marco spoke softly, but Sammy woke and got down. Taking the handle of his oxygen tank, he walked toward the back. His eyes widened and a smile formed on his lips when he saw the Dalmatian. He padded over to it and hugged the stuffed toy. It was a good foot taller than Sammy, but he wrapped his arms around it anyway.

“Daddy! This is like Louie. Only lots bigger and not alive.” Sammy turned, grinning, and Marco pursed his lips and swallowed around the lump in his throat.

“Do you want to have your picture taken with him?” Marco asked.

“Can I?” Sammy bounced for a few seconds and then seemed to tire a little.

Marco got into position and told Sammy how to stand, standing him with the oxygen tank behind the dog’s front legs. It was nearly completely hidden, yet close enough that Sammy wouldn’t have any issues.

“Can you smile for me?” Marco asked, and Sammy grinned. Marco snapped the pictures, one after another. “Stay right there.” He hurried to the prop closet and returned with a fireman’s hat. He put it on Sammy and took more pictures.

“Daddy’s a fireman.” Excited, Sammy was barely able to stand still, even though his energy faded quickly.

Marco went through a number of poses and then asked Dean to step in as well. Dean knelt behind the dog, and Marco got some wonderful pictures of the two of them. They smiled, and Sammy laughed and giggled. Only Marco’s professionalism kept him behind the camera and separated from the scene in front of him. He took all the pictures with the dog he needed and then got some of just Dean and Sammy together. They were incredibly photogenic, their smiles leaping into the camera.

When Sammy grew too tired to continue, Marco wound it down and then snapped a picture of Sammy alone, looking straight at him.

“You did great,” Marco said as Sammy sat down next to his tank, leaning on it, closing his eyes. Marco waited a few seconds, then took one last picture of him before putting the camera aside. “I hope he isn’t too worn out.”

Dean smiled. “You made him very happy.” He walked to where Sammy sat and carefully lifted him into his arms. Sammy curled right against his chest and had to be asleep.

Marco led him out front and sat at the computer. “It will take me a few days to get the pictures ready for you. Can you give me an email address? I’ll send you a link to the finished images so you can have them printed.”

Dean gave him the information. “How much do I owe you?” He fidgeted, trying to get out his wallet.

Marco shook his head. “Nothing.” 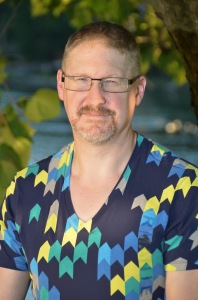 Andrew’s hobbies include collecting antiques, gardening, and leaving his dirty dishes anywhere but in the sink (particularly when writing)  He considers himself blessed with an accepting family, fantastic friends, and the world’s most supportive and loving partner. Andrew currently lives in beautiful, historic Carlisle, Pennsylvania.

For Other Works by Andrew Grey