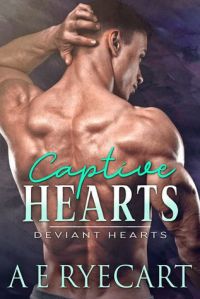 “Too young, too blond, too skinny. Billy Grace was everything my head told me I didn’t want. Too bad my heart had other ideas.”

When Dashiell Slater uses his fists to stop a vicious assault, the last thing he expects is to be offered a job as reward for being a Good Samaritan. Out of work and short of cash, all he has to do is chauffeur Billy around. It’s easy money so saying yes should be a no-brainer. And if the offer’s not quite legal, so what? Dashiell’s smart and savvy, and knows how the world works. But there are strings attached, and Dashiell doesn’t want to get entangled. He’s ready to say no and walk away – until he sees the fear, despair and fathomless sadness in Billy’s jade-green eyes.

“He was everything I wanted, but couldn’t have. What was the use in dreaming when I was already bought and paid for, the property of another man?”

Billy’s life is a daily round of fear and abuse. One wrong word or one wrong look can mean a beating, or worse. Dashiell’s everything Billy’s heart craves – a man who’ll love and protect him, who’ll keep him safe and catch him when he falls. But Billy can’t have what he yearns for, because to give in to his heart means breaking a promise he’s vowed to keep at all costs.

A soul-searing kiss, a whispered promise, and the chance of a future together is there for the taking. But life is never that simple and danger surrounds them at every turn. Imprisoned by devotion, duty and obligation, Billy’s heart is captive, but can falling for Dashiell finally set it free?

It took me a little bit but once this story got going I didn’t want to put it down.  Billy has pretty much been living in hell the last two years.  Dashiell gives him the opportunity to hope for more while Dashiell’s heart breaks every time he has to bring him back home.

I felt for Billy and the predicament he ended up in, wanting to keep the care for his grandma going while he is essentially being beaten and raped for that.  While Billy has become a little jaded he still seemed quite innocent on how the world works.

I loved Dashiell’s determination to get Billy out of the situation he was in and for them to make a life together.  These two had chemistry from the beginning and did pretty well with keeping it toned down but the more time they seemed to spend together the more trouble they had doing that.  I loved to see that they were able to build a life outside of all that happened and continue on, I just wish we would have known if Dashiell were able to keep in touch with his existing friends as at least Andy seemed important to him.  I look forward to reading more in this series.

I like the cover art love the picture of Dashiell.

One thought on “An Alisa Review: Captive Hearts (Deviant Hearts #1) by A E Ryecart”