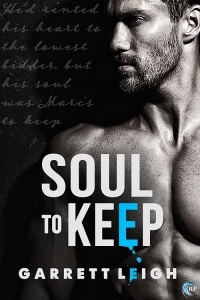 When I first picked this book, I didn’t realize this Jamie was Zac’s addict friend in Rented Heart, a story that I enjoyed immensely last year.  Jamie was painted as a pretty hopeless and destitute addict in that one and for good reason.  However, a year after agreeing to get clean and come to California with Liam and Zac, Jamie is in a different head space.  Still an addict, but in recovery and working on fighting his demons.

He knows he can’t stay in the US, and he can’t return to the London area, so he randomly picks a spot on the map in England and lands in Matlock Bath.  Is it a coincidence that the good-looking older guy who helps him through the shakes brought on by turbulence high over the Atlantic happens to be from the same small town?  Not really.  This is fiction, after all.

The two coincidentally run into one another a few weeks later and begin a friendly relationship that ultimately leads to romance, despite the personal challenges and hurdles thrown in their way.  Among these are Mark’s inability to place his trust in others where his own welfare is concerned and his inability to give up control. The thirty-nine-year-old man has lived as a soldier and a doctor for most of his adult life—both situations that demanded a certain type of behavior.  To trust in twenty-five-year-old Jamie—a recovering addict with PTSD and OCD issues is very difficult for him.

Happily, they manage to navigate through the twists and turns that life throws their way.  The heart of this story is not only in the relationship-building between the two, it’s in the characters themselves as they face life and it’s challenges and grow both individually and as a couple. The author is wonderfully creative with her ability to craft three-dimensional, reality-based, very human characters, and that comes through completely in this emotional drama.

If I had to pick one thing that I would have changed, it would be that I’d like to have been present for whatever took place in the year that Jamie stayed in California. What was his relationship with Liam and Zac like?  How did Marvin fit into his life?  Why is Marvin so reluctant to let Jamie leave?  There was a gap there that was never back-filled, so more information about that would have been appreciated.

But there is a very satisfying and believable ending to this story that happens to include a vignette with Liam and Zac, and perhaps a setup for a future story. I would love to see a story featuring Marc’s friend Wedge, who was injured in the line of duty in the latter part of this story.  Or possibly a future story about Marvin? Maybe both?  It’s hard to say, but whatever may happen in future, those who enjoy a character-driven MM romance should consider this one.  Highly recommended.

Cover by Garrett Leigh is dark and works for the character and series.