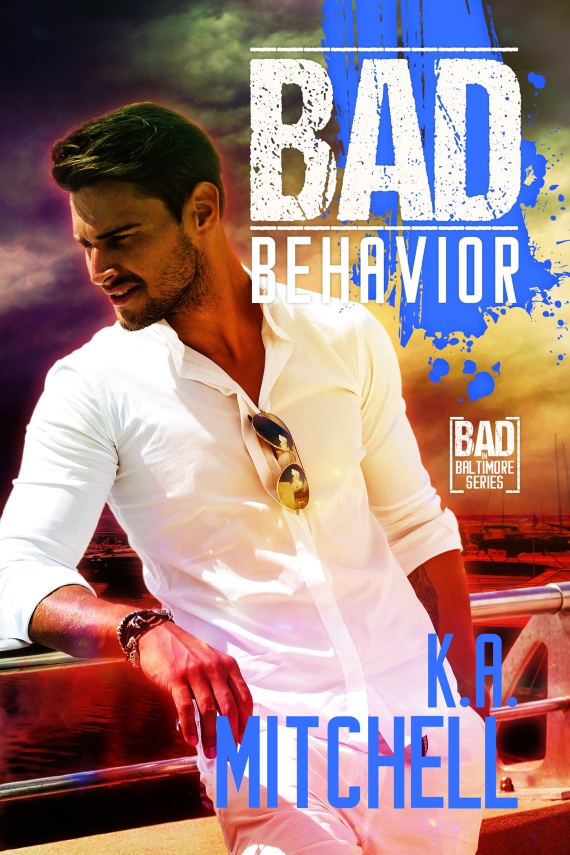 Thanks for having me on the blog. I love the questions you have. What’s really interesting is that on any given day, my answers could be quite different. I guess that makes me pretty fickle in my opinions. Maybe it’s what makes it easy to slide into different characters’ points of view to tell their stories.

Has your choice of childhood or teenage reading genres carried into your own choices for writing?

I am a romance lover from way back. If there wasn’t a featured romance, I’d often imagine one. I was already shipping and slashing before I knew what that meant.

My first romance was Shanna by Kathleen E. Woodiwiss. I was even lucky enough to get to meet her once. Shanna’s married name is Beauchamp, which she shares with the main character in Bad Behavior.

I didn’t intend to ever make David Beauchamp, or Beach as he’s more commonly called, into a main character. I wanted a name that sounded like a wealthy party boy, one that could be turned into a prep school nickname, and I remembered Shanna. I gave him the first name of David because it’s a name I use as a placeholder for characters who I haven’t really thought about or given a meaningful name to. That’s mostly because when I went to college, it seemed like every other guy I met was named David. Mr. David Aiken Beauchamp came into being because someone needed to get Gavin in trouble in Bad Attitude. Then Beach was in a coma and I wasn’t sure he was going to pull out of it. I didn’t wake him up until I needed him to get Gavin in trouble again. Still, I never expected Beach to be anything but a trouble maker. I brought him in again in Bad Influence to create a scene and suddenly he was irresistible. He sauntered in and poured out charm and I had to dig in and figure out who and why he was.

Do you think you can bring too many faults into a character that eventually it becomes too flawed to become a love interest?

Ahhh. It’s a fine line. Like with Beach. One of the reasons I never saw him as a potential main character is that he did have too many flaws. He not only used illegal drugs, he wasn’t above doctoring a friend’s drink to make sure the friend was having a good time. He drives high. Then he decides to jump off a bridge. If that isn’t enough, he wakes up from a coma and badgers and manipulates his best friend into committing criminal trespass with him. He’s arrogant, careless, and manipulative. In his own point of view, he confesses to having been thrown out of bed for calling a partner by her sister’s name and from sneaking into the bedroom of a former lover, not realizing she’d gotten married since their last tryst.

When Bad Behavior opens, he’s on pretrial probation, wearing an anklet to keep him sober and in Baltimore County. He barely obeys his probation conditions, expecting that charm and money and position will protect him as it always has. He’s completely unprepared for the hero I throw in his path.

However, having so many flaws makes for an interesting story. There’s a lot of room for growth and self-discovery. And coming to understand Beach’s backstory helped me appreciate him even more. I love how dramatic he can be. He enjoys attention, so sometimes he gets to say things that I’d love to say.

I think having the book be about a D/s romance also allowed me to work with a very flawed character. As Beach comes to understand his submissive nature, he really grows up a lot. He learns how his actions can affect other people and starts trying to fix his impulsive, boundary pushing behavior.

Do you have a favorite among your own stories?  And why?

Well, if you haven’t noticed, Beach is a well-loved character and I was really pleased with how this book turned out. In fact, I couldn’t walk away. I had to imagine Beach and Tai hanging out with the rest of the characters. That led me to the opening scene of Bad Habit. While I was writing Bad Habit, it was definitely my favorite. I think the book I’m working on is almost always my favorite. That’s good because it makes me excited to open the file and get to work. I want to read the story, so I have to write it first.

What’s next for you as a writer?

I’m super excited to share Bad Habit with everyone. And recently, I’ve figured out a lot about the plot of the next Baltimore book. I also want to tell a story about next steps for several of the Baltimore couples. In between that, I’m writing a holiday short with some very naughty present ideas and working on the third book in the erotic series I’ve been writing under a different pen name. (There isn’t an HEA until after a couple of books, so it’s not romance. That’s why I went with a different pen name, but it’s not a secret. Except from my mom. Don’t read it, Mom. You won’t like it.)

Thanks again for letting me stop by. Please feel free to ask more questions, especially about characters. They’re so much fun to think about.

In a lifetime of yes, no is the sexiest word he’s ever heard.

After one too many misunderstandings with the law, wealthy and spoiled David Beauchamp finds himself chained to the city by the GPS and alcohol sensor strapped to his ankle. Awaiting trial, cut off from usual forms of entertainment, he goes looking for a good time—and winds up with his hands full, in more ways than one. The situation only gets more complicated when he’s summoned for a random drug test and comes face-to-face with the dominant man who took him for one hell of a ride the night before.

Probation Officer Tai Fonoti is used to handling other people’s problems, but he’s horrified when one of the extra clients his boss dumps on him is the sweet piece of ass he screwed the night before. It makes getting a urine sample a pretty loaded situation. Tai’s unique brand of discipline has Beach craving more. But while Tai relishes laying down the law in the bedroom, the letter of the law stands between them and kinkily ever after…. K.A. Mitchell discovered the magic of writing at an early age when she learned that a carefully crayoned note of apology sent to the kitchen in a toy truck would earn her a reprieve from banishment to her room. Her career as a spin-control artist was cut short when her family moved to a two-story house and her trucks would not roll safely down the stairs. Around the same time, she decided that Ken and G.I. Joe made a much cuter couple than Ken and Barbie and was perplexed when invitations to play Barbie dropped off. She never stopped making stuff up, though, and was thrilled to find out that people would pay her to do it. Although the men in her stories usually carry more emotional baggage than even LAX can lose in a year, she guarantees they always find their sexy way to a happy ending.

K.A. loves to hear from her readers. You can email her at ka@kamitchell.com. She is often found talking about her imaginary friends on Twitter @ka_mitchell.