Thank you so much for having me today! So Cracker Jack—yes, the caramel popcorn stuff with the prize—is a thing in the beginning of this book, and I’m going to talk about how it ended up becoming this oddly appropriate symbol for their unfolding relationship in Center of Gravity.To be honest, the whole Cracker Jack idea just popped out when I was writing. I saw Rob, my grumpy accountant, standing at the window, and when I thought about what he was seeing outside, I saw Alex with a box of Cracker Jack in his hand, tossing bits in the air and catching them in his mouth. It was weirdly specific, so I ran with it, liking how the sight threw Rob off and cast him back into his own memories of baseball games and bleachers.

There’s a part in the book where they argue/flirt over the merits or lack thereof of Cracker Jack, with Rob dismissing the treat altogether as too sweet and the prize disappointing, and Alex disagreeing, saying that it’s all about the anticipation and that the prize doesn’t matter either way. It’s a really telling moment of their character—Rob’s grumbly pessimism to Alex’s persistent optimism.

Rob starts to pick up boxes of Cracker Jack to give to Alex, and this thoughtful gesture on his part signals that he’s more into Alex than he’ll admit. As their relationship progresses, Rob begins to realize that Alex might be right: it’s all about the journey. Though the prize in this case—their hard-won happily ever after—ain’t too shabby, either!

Excerpt from Center of Gravity. In this bit, Rob and Alex discuss the merits—or lack thereof—of Cracker Jack while Rob tries to rein in his attraction to Alex.
*****

Alex looked up at me again. I thought he might say more about my dad, but instead he tossed a Cracker Jack in my direction, calling out “Catch!”

I had to veer hard to the right to catch it, but I did. The caramel melted on contact and stuck to my teeth. He gave me one of those gleaming, sun-bright smiles. “By the skin of your teeth.”

I leaned over, snatching the box and shaking a few in my hand so I could return the favor. He caught it easily.

“The best part of this stuff was always the prize. They’re not really that good.”

“You’re wrong.” Alex tossed another kernel up in the air for me to catch. I threw up my hand and caught it midair. “The prize is always disappointing. But it’s all about the anticipation, that maybe someday the prize will be really good. Cracker Jack itself is decent.”

“How is that any different than what I just said?”

Alex shrugged. “It just is.” Then, fishing through the box, he pulled out the wrapped prize and tossed it in my direction. “Do the honors.”

I peeled the paper back to reveal a smiley face with a disembodied hand giving a giant thumbs up.

Alex laughed. “See, terrible. But admit that for a second you thought maybe it’d be something good.”

“Not even for a millisecond.” I smirked.

I slid the sticker from the backing and held it up on my finger. “It’s all yours, color whiz.” I leaned forward on my knees to stick it in the center of his T-shirt, fist bracing my weight to one side of Alex’s leg as I pushed the sticker into cotton. His chin angled down as he examined my handiwork, and then his eyes met mine, his grin fading. He licked his lips and I had to force a casual smile. Don’t mind me as I try to inhale you.

First I was just relieved he didn’t call me Mr. Macomb, then came a strange mashup of anxiety and awareness that I was still hovering in his space. It was too damn tempting to stay in that pocket of air scented with his soap, his hair, his deodorant, the Cracker Jack-tinged sweetness of his breath.

“Yeah?” I forced myself back onto my own patch of carpet that smelled of dogs and age.

“Thanks for giving me this job. Seriously.”

I cut a dismissive wave at the liquid green-gold sincerity of his eyes. “Break my heart, why don’t ya.”

His sober expression gave way to another grin, this one mischievous. He was good at layering his expressions with nuance and, as with the paint chips, I was becoming more adept at discerning the undertones.

His brows bounced. “Give me a chance to.”

I tossed the empty box of Cracker Jack at him and stood. I needed him out of the house before I decided I needed him to stay.

“And take this damn traitor dog with you.”

“Seriously?” he said, his hand sweeping over Winslow’s belly before he stood.

“No. He hasn’t made me miserable enough. Yet.” 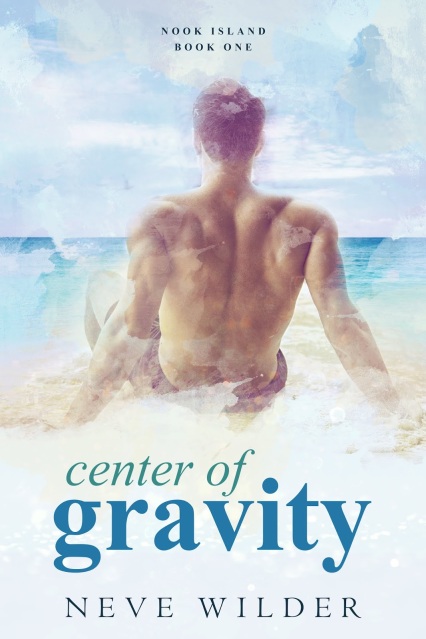 When life comes apart at the seams, love is the only thread that can repair it.

Accountant Rob Macomb has a stable job that he’s good at and… that’s about it. A year of nothing but heartache leaves him seeking refuge from loneliness and grief behind spreadsheets, punishing daily runs, and the occasional anonymous tryst. He wants only to bury the past and focus on his career, but he has one last task to complete: pack up his parent’s quaint beachside house and put it on the market.Alex Andrews is a budding artist with a penchant for Converse, Cracker Jack, and piercings. Family turmoil sidelines his dreams of finishing art school and building a career in three-dimensional design, and now he’s doing whatever he can to keep everyone afloat.When Alex shows up as a part of the moving crew hired to help Rob clean out the house, what should be a simple move becomes far more complex. Because it’s not the first time they’ve met, and their last encounter was memorable for all the wrong reasons.The attraction between them is undeniable and intense, but Rob’s hell-bent on pushing everyone away, and Alex is on the verge of spinning out of control. Can a grumpy accountant and a bootstrapping artist find their center of gravity together, or are they on a collision course to heartbreak?*An emotionally-charged, slow burn m/m romance featuring an age gap, hurt/comfort themes, and a hard-won happily ever after. This is the standalone first in the Nook Island, Georgia series.* 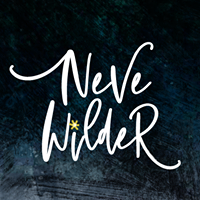 Neve Wilder lives in the dirty South, where the summers are hot and the winters are…sometimes cold. She is a mom to three rambunctious weebeasts who have joined forces in a mission to carpet the family home with toys and small items that really suck to step on at six in the morning.


She reads promiscuously, across multiple genres, but her favorite stories always contain an element of romance. Incidentally, this is also what she likes to write. Slow-burners with delicious tension? Yes. Whiplash-inducing page-turners, also yes. Down and dirty scorchers? Yes. And every flavor in between.


She believes David Bowie was the sexiest musician to ever live, and she’s always game to nerd out on anything from music to writing.


And finally, she believes that love conquers all. Except the heat index in July. Nothing can conquer that bastard.

Newsletter: You can keep up with Neve’s future projects by joining her newsletter, where you can instantly download the free Watch Me, Extracurricular Activities #1 short story. The series continues exclusively for newsletter subscribers. Subscribe here: readerlinks.com/l/320361