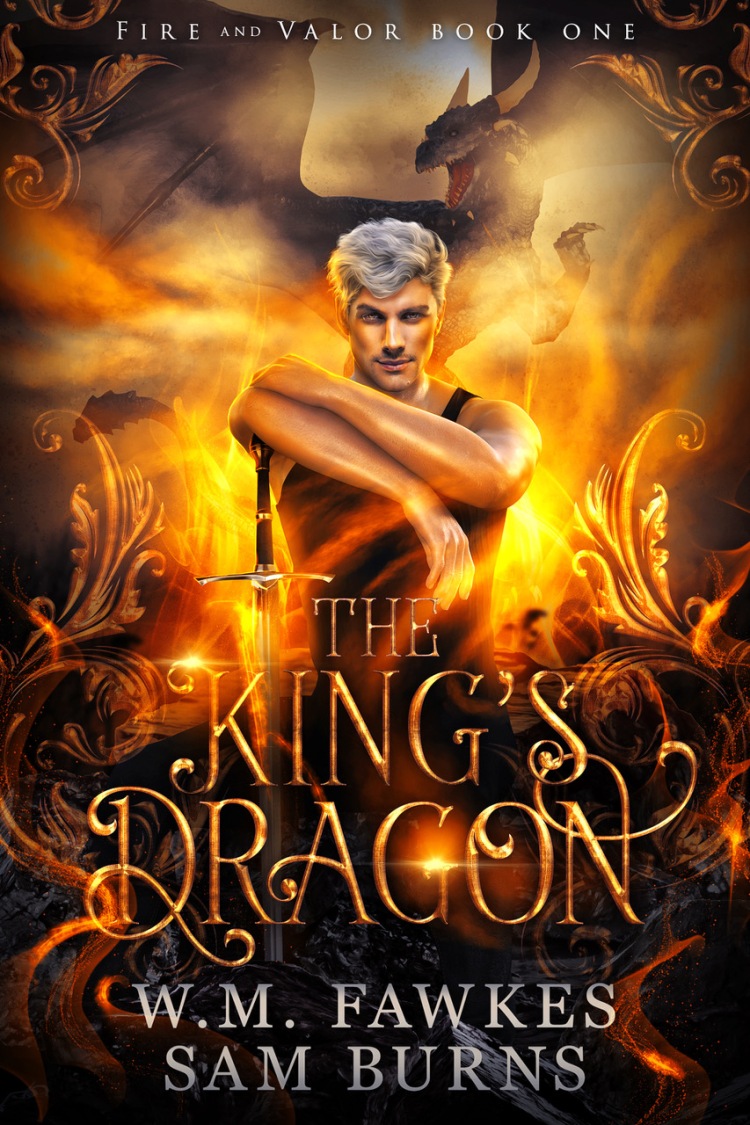 INFO TO SHARE IN POSTS UP TO AND ON SEPTEMBER 25th:

Synopsis for The King’s Dragon:

Lord Tristram Radcliffe has a secret—he is the only dragon at the king’s court in Llangard. It’s a secret he’s kept from the knights he’s fought beside, from the ladies who bat their lashes at him, and from his closest companion, Prince Reynold. If it were to get out, he’d be banished to the Mawrcraig Mountains along with the rest of his kind, but the kingdom of men is the only one he’s ever known, and his heart lives in the stone halls of those who’d count him an enemy.

When the old king dies and Prince Reynold takes the throne, two visitors from the north throw Tristram into the middle of the ancient conflict between dragons and men. They put him on a collision course with the king’s shadow, Bet Kyston, a dangerous assassin who may want him dead or may want more of Tristram that he’d ever thought to give.

With the eyes of dragons upon him and a threat from the north creeping toward the home he loves, Tristram must weigh his allegiances before his dual legacies tear him apart.

“Simmering with sexual and political tension, The King’s Dragon will pull you close, and won’t let go until its final pages. A wonderfully rich and compelling world.”

“Intricate plot threads intertwined with gripping tension, chemistry, and built on a fantasy world that rivals any peer in the genre. Vivid characters that aren’t cutouts of fantasy tropes, but real people with faults and virtues that will engage the reader.

This book showcases the best of Fawkes and Burns’ writing and style—perfectly meshed storytelling rich in complicated and complex characters, with a plot that kept me afraid, engrossed, and my heart in my throat. An added dash of upended gender stereotypes and a refreshing addition of varied LGBTQ+ romances made this a standout in the genre. A fantastic start to a series and I cannot wait for the rest!”

“Incredibly detailed world building, and a raft of characters who keep me guessing and turning pages!”

“When can we go, Rhiannon?” Hafgan whispered in her direction, without even looking up at her.

She rolled her eyes at him. “We came here to do something. It isn’t finished yet.”

“They don’t want us here, and they’re—” He broke off and stared across the room, biting his lip.

When she turned to see what had grabbed his attention, she wasn’t sure whether to be impressed or jealous. “That’s a fine catch, Hafgan. Are you pursuing him?”

She’d noticed the half dragon around court. The king seemed to favor him, which was rather odd considering the man’s rabid hatred of their kind. Maybe half dragons were human enough for him.

Likelier, the little half dragon didn’t know what he was. Or maybe he was in hiding. Wasn’t that an interesting thought?

She wondered if he would be willing to take their case to the king. Maybe he had a better idea of how to present it so that the infuriating boor would actually listen.

Hafgan was looking back at her, surprised. “You mean Lord Radcliffe? No, nothing like that. We spoke for a moment. There’s just something terribly familiar about him.”

For the first time in days, Rhiannon laughed. Not that ridiculous courtly tittering that was expected of ladies, but a full-body laugh. She threw her head back and let the amusement take her. It seemed a rare opportunity in the human realm.

Hafgan blushed and glanced around them, not meeting anyone’s eye. He wasn’t ashamed of her exactly, but very aware of the reactions of the humans. They were important to him in a way they would never be to her.

Once people stopped staring at Rhiannon and went back to their own business, she leaned toward him and whispered, “Of course he looks familiar, sweet song. One of us is probably related to him.”

Bet had stood in the shadow of the stands to watch Tristram’s joust, had seen the jarl lift his lance too high, viciously sturdy, and with sinking horror, had watched Tristram’s head snap back. For one breath, he had thought Tristram might be dead, and he could have killed Jorun right there in front of every lord and lady of Llangard and the whole contingent from Tornheim—slit his throat and stained his coarse gold hair with blood before anyone could stop him.

But Tristram had kept his mount. Jorun had fallen. And Bet allowed him a few more hours of life.

Now, he watched from different shadows, steam swirling tendrils through the air around him. Bet stood naked in the bath, water moving gently past his waist. Under it, where no one could see, he twisted the wooden handles of his garrote between his fingers. 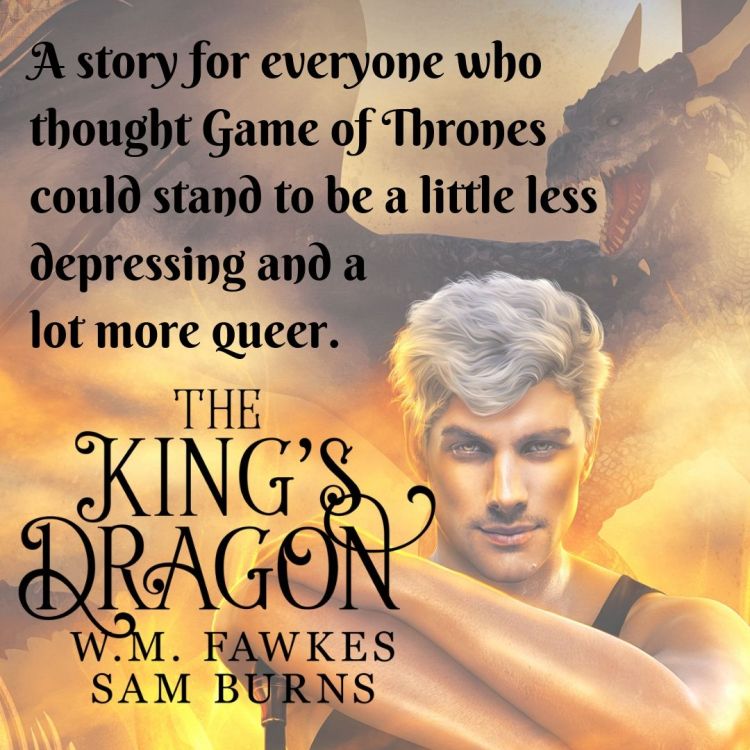 “You killed Jarl Jorun,” Tristram shot back through his teeth, voice low enough that he drew no attention from knights falling into their own bouts.

“He embarrassed our king,” Bet snapped. Tristram came at him again, sweeping toward his chest. Bet ducked. With the weight of his blade, Tristram overcompensated and Bet sliced his side, just under his ribs. A warning, not hard enough to bruise. “And tried to kill you. Don’t tell me you mourn the man, Tristram.”

The knight bared his teeth at him as he lunged again. “You made it look like I had done it!” he hissed.

At that, Bet laughed. He parried Tris as the broader man advanced on him. “Did I? Anyone who knows you knows you’re incapable.” Bet used the opening of Tristram’s arm to move into his defenses and strike him again—a harmless blow to the thigh. “I heard when you were accused, even the Torndals laughed,” Bet said with a sneer. Tristram would let Jorun roll over him before he debased himself with murder. Without Bet’s intervention, one day, Jorun might have.

Tristram was stronger than him, but that hardly mattered if he could not land a hit. A hair faster than any man at court, Bet had no intention of letting that happen. Suddenly, Tris had to step back. Bet’s blades were a fury. As Bet pushed him across the field, moving into the dueling spaces of other fighters, people had to stop and dodge. They turned to stare at their furious dance. Bet felt the rictus smile on his own face as Tristram began to take more blows than he could block.

And then he saw the sun catch a curl of auburn and the glint of gold on the king’s brow. Every knight in the yard knew what happened to those who sparred poorly. If Bet made a fool of Tristram, he’d lose the king’s favor.

His black eyes settled on Tristram, who’d used his momentary distraction to recover. Tristram swept his sword at Bet’s chest. He could have jumped back.

W.M. Fawkes is an author of LGBTQ+ urban fantasy and paranormal romance. She lives with her partner in a house owned by three halloween-hued felines that dabble regularly in shadow walking.

Sam lives in the Midwest with husband and cat, which is even less exciting than it sounds, so she’s not sure why you’re still reading this.

She specializes in LGBTQIA+ fiction, usually with a romantic element. There’s sometimes intrigue and violence, usually a little sex, and almost always some swearing in her work. Her writing is light and happy, though, so if you’re looking for a dark gritty reality, you’ve come to the wrong author. 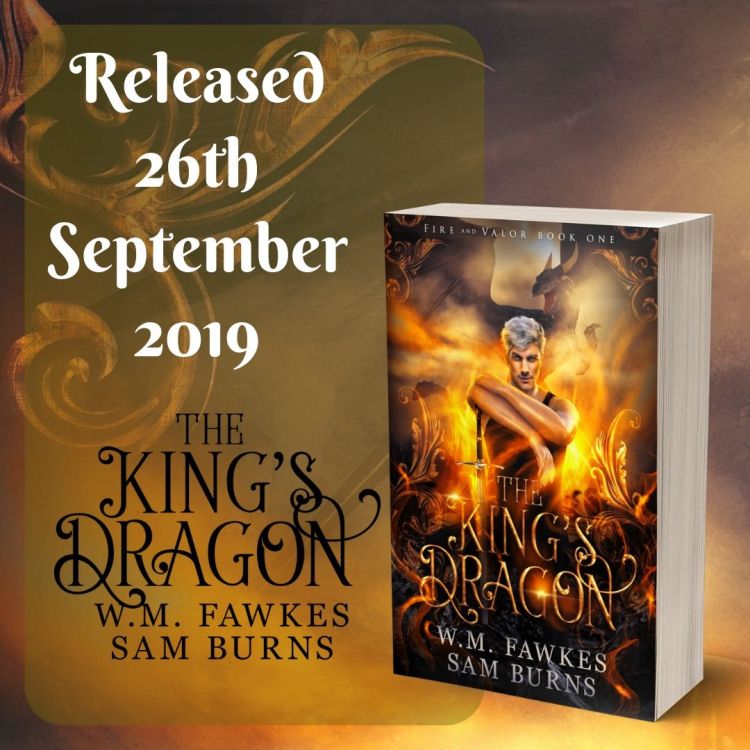 Win one of 2 e-copies of any book from the Lords of the Underworld series by Sam Burns & W.M. Fawkes: