Series Rating: 5 stars out of 5

Chance Dumont thought he couldn’t survive when his first love, Cannon, left him.  It took Chances five years before he thought he could take a chance on another man and a relationship.  Then Rory, a young submissive cop came along and further complicated Chance’s already complicated life.  An attack on Rory made Chance understand that he loved Rory and could move forward again with a new relationship.  But the aftermath of that attack and the return of Cannon shattered Rory’s recovery.  If that wasn’t enough, a dead body in the men’s restroom of Chances Are bar completed the detonation of Chance’s and Rory’s fragile relationship due to trust issues.  At the time, Chance felt there was a fifty fifty chance that Rory had done the crime. So Rory left and Chance has not seen him since, though not for lack of trying.

No one has seen Rory.  The man has  vanished, taking with him all the hope and promise that Chance had just recovered.  Now  months have passed since Rory’s departure. Chance hasn’t left the sanctuary of his home, not once.  His constant companions are empty beer bottles and greasy pizza boxes and everyone is worried about him.  Chance hasn’t even been to his bar, a shocking situation that his friends and employees don’t know how to handle. If there is even a ghost of a chance of getting Rory back, Chance will take it.  But where to start?

Ghost of a Chance is the fourth book in the Chances Are series and in some ways it is a return to the emotional issues in first story in the series Chances Are.  Once again, Chance is recovering from a relationship gone wrong.  But this time, its his fault that the relationship didn’t succeed and the guilt eats at him constantly.  Chance knows that the issues he carried with him from the first failed relationship made him doubt himself and Rory from the beginning.  His ex boyfriend’s return didn’t help either.

Once again, Brazil paints a portrait of a man whose actions and self doubt triggered the events that demolished the beginnings of a new love.  It is a great on so many levels.  Chance’s inner turmoil, his guilt, and his downward spiral into pity and drunkenness is authentic and believable.   Told from Chance’s pov, we hear every inner argument and counter argument as Chance fights his way past the current events that have left him alone once more.  It’s a tough inner battle that Chance fights and the conclusions he draws are not always complimentary ones.  He knows where he failed but doesn’t know how to correct his mistakes.  How human and how understandable.

Chance must first fix himself and to help him do that are characters from the other Pulp Friction series.  From Wick Templeton to Archer, Zachary and Jeremiah from the Triple Threat series, all are present and accounted for as they help Chance recover once more and move forward with a plan to bring Rory home.   Here is a taste of Chance still hiding away in his house:

Even if I couldn’t explain what exactly I wanted, I could close my eyes and put a face to it. I wanted Rory. With us, it was not a game. It wasn’t a scene. It was how we were, and I should have fucking told him that. Maybe if I had, he wouldn’t have gotten tired of waiting and he’d have stayed and we’d be spending Friday night in the usual way, putting off gratification as long as possible while I sat in the bar and he knelt on the bed, and an invisible thread of arousal thrummed between us, ratcheting tension higher and higher until the whole bar seemed to snap with sexual tension.

Instead, I sat on my back patio watching a sexual disaster in the making cut his dad’s grass and giving one of my oldest friends the brush off while I concentrated on getting drunk as efficiently as possible in the vain hope that I’d be able to sleep tonight.

Brazil has created a wonderful character in Chance and then gave him the perfect voice for his character and personality.  I love Chance and everything about Chances Are.  In fact as Chance or his grandmother would say, chances are that everyone will find something to love about this series.  It’s short but seems so much larger in scope and characterization.  The characters and plot are terrific, the emotions realistic and its impact authentic and human. There’s more coming and i will be there for every new installment.  You will be too once you start on their adventure.  Go back to the beginning and Chances Are.  Meet Chance Dumont, Rory, Gerry and the rest.  You are going to love them as much as I do.

Books in the series in the order they were written and should be read to understand the characters and events within:

Its official,  The government has finally stated that Area 51 exists after all!  The Washington Post reported yesterday that after all these years of speculation and wild reports, Area 51 is a real place.  What a stunning piece of stating the obvious!  Now the government isn’t admitting that those buildings are full of  aliens or spaceships of any kind.  Nope, just saying that hey, those really were high security fencing and soldiers.  No one

knows what prompted this admission after all these years of denial but it is sure to make those believers of UFO’s, conspiracy theorists, and other diehard visionaries of the unknown to press for more information,  a fuller disclosure of exactly what is contained within those buildings the government has hidden away for such a long time.

I hope it’s aliens or spaceships or something wonderful.  Wouldn’t it be great for all those movies from Independence Day to 51 to be right?  Can the X Files Mulder and Scully be finally allowed that the truth really is out there? Can you imagine the pressure to finally let people inside the gates of that most hallowed UFO ground?  I would love to be there just to people watch.  It would be fantastic!

Of course, there is also a more serious downside to this article too.  That of the soldiers and workers stationed  within Area 51 who have been reporting for years that the place has made them ill, most of them tragically so.  And all the while they have been getting sick, they have  also been unable to tell 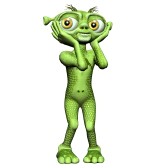 people where they worked or what they were working on.  Still can’t.  What happens to them?  Government is not addressing that matter either.

I have to admit part of me never wants to see those gates opened to the public.  I love the mystery of it, the imaginations that have been set loose over the years by just the thought of the enigma that Area 51 represents.  I fear the actuality is far more mundane…like weapons from the Cold War or something similar.   I want there always to exist something unknown, something to pull us in, make us think or dream or even fear.  Something that pulls us out of ourselves and into the bigger picture.  Is that so bad? 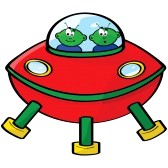 For now the question is moot.  The government has no intension of saying anything further about the matter.  While Area 51 finally exists (duh), as far as the government is concerned that’s it.  Just a sign, folks, ignore the men with the guns beside it.  These are not the droids you are looking for.  Well, you know what they say…..once the alien is out of the spaceship, its hard to cram them back in.  Just ask Orson Wells…..

Now on to the week ahead in reviews.  It is quite the mixed bag.  I am starting the week off with a book that by all accounts should be a must read for all writing classes and workshops as an example of how not to write a story.  From schizophrenic writing styles (more than one actually in one book) to awful characterizations, dialog that makes one cringe and an ending that just stops, well it has it all, just not in a good way.  Read the review just for the excerpts. Remarkable actually when I think about it. Then I am starting on the second group of stories from the Pulp Friction authors, this time Lee Brazil and the Chances Are series,  They are really good, I think you will love them.  I am also working on another mini rant, this time called The Case of the Missing Aha Moment.  I hope to have that one for you by Saturday.  If not, it will slide into next week and I will substitute a review on Saturday instead.

The Queen’s Librarian by Carole Cummings