Winner Announcements for our Down Under Author Showcase Giveaways!

Yesterday, we announced the Down Under Scavenger Hunt Winners.  Today we are starting with the winners of our Author Contests:

A. B. Gayle:  Shirley Ann Speakman

Congratulations to all!  They have been notified!  More tomorrow! 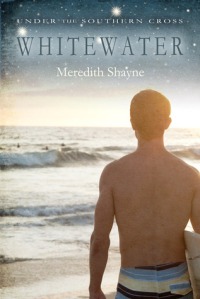 Baker Luke Henderson loves his job, and owning a bakery at Coogee Beach makes it even better.  His Black Dog bakery is becoming known for its delicious concoctions and Luke dreams of spreading out to other restaurants and stores.  Each morning before Luke opens up his bakery, he heads to the beach for his favorite pastime, watching surfers, a particular surfer. Little does he know that the surfer has been looking back.

Cameron Brown, surfer, chef, and café owner of a popular beach front cafe, spies Luke leaning  against the wall, watching him surf but nothing more.  A chance meeting occurs when Luke pops into Cameron’s  restaurant to sample their food and deserts, hoping to get the owner to take his bakery goods on consignment.  Cameron is intrigued by Luke, and his scrumptious deserts, and soon a deal is struck.

Working together brings Cam and  Luke closer but there remains several obstacles to romance.  The main one being Cameron’s idea of the perfect man, physical perfection being a key.  That’s something that Luke can never attain.   Can Cameron put aside his “ideal man” in order to find love with the real one in front of him?

Whitewater (part of the Under the Southern Cross Anthology but can be purchased separately) is a perfect example why I love Meredith Shayne so much.  The characters of Luke Henderson and Cameron Brown are so marvelously textured, so nuanced that it puts them far outside the norm of the typical romantic leading characters.  Luke Henderson has cerebral palsy.  It gives him a decided limp but the real driving force in Luke is his passion for baking, the other is just a small part of who he is.  I love the matter of fact treatment given to his disability and his outlook.  Luke is a beautifully well rounded character, full of hopes and dreams and wonderful concoctions that makes him so easy to connect with, especially when he’s covered in flour, immersed in his recipes.

Cameron, the surf god who also happens to be a chef and restaurant owner, long ago lost the passion that Luke thrives on.  Cameron’s search for perfection happens not in the kitchen but in gay bars and hookups nightly.  Those men he finds are easy to discard, but Luke?  Imperfect Luke becomes the itch Cameron can’t scratch and Cameron is intelligent enough to look inside for the answers.

What did I wish for?  A longer story.  Luke and Cameron cry out for a full length novel.  I wanted a little more of the life they were building at the end.  But that would be the icing on the cake for this reader, others readers will love it as it is.

As in her other stories, Shayne brings the local settings and locations vividly into focus.  The Black Dog Bakery and Cameron’s restaurant reside on or near Coogee Beach in New South Wales, Australia near Sydney.  Shayne captures all the flavor and

atmosphere of this beachside suburb of the little town known as  “Sydney’s Seaside Village”.  I got a real feel for the people and shops that fill the streets and line the shore, the nightlife and the family packed pools.  The full picture is so enticing, that like all the other places Meredith Shayne writes so lovingly about, I’m ready to pack up and go see it for myself.

Not familiar with author Meredith Shayne?  Whitewater is a wonderful introduction.  Read it, love it, and then go looking for all the other stories that we have tucked close to our hearts, including Cutting Out.  I absolutely recommend Whitewater and its author, Meredith Shayne!  Happy Reading.

Cover artist:  Anne Cain.  I like the cover but don’t love it.  It’s just too generic considering what she had to work with.

Author Meredith Shayne is our Down Under Author of the Day.  Originally from Australia, Meredith now resides in New Zealand, so she’s Down Under times two!  For more about Meredith Shayne, her bio, her books, her interview, and, of course, her giveaway, visit her page coming up shortly.

Now for our Down Under Facts of the Day!

New Zealand Fact of the Day:

Unlike Australia,  there are no dangerous plants or animals of any kind in New Zealand (excluding sharks that is)! The more common ones can create discomfort rather than pain or illness. If you’re tramping or hiking in New Zealand take a few simple precautions and any problems will be minor.  How minor?  Well, according to the official New Zealand animal page, the New Zealand Kea is mentioned.  Why? Check out the Kea!

This is the New Zealand parrot, found in southern alpine regions of the South Island. This bird is not so much dangerous as a nuisance. It is quite cheeky and will attack your personal belongings if you leave them unattended. However, the biggest damage they cause is to cars. They have a particular taste for the rubber on windscreens, mirrors and car doors and can be quite destructive. They are not a threat to humans, however.

Australia Fact of the Day!

AUSTRALIA IS INFAMOUS FOR its dangerous animals, unlike New Zealand. With more deadly snakes than any other country worldwide ( 8 of the 10 most deadly snakes are found here), it isn’t surprising.  Think about the scenes in some of the stories from our  Australian authors,  Can you remember where and in which story some of these animals are mentioned?  I can.

Though sharks, spiders, and snakes get the majority of bad press, it is actually an awesome array of predators and venomous critters that have earned Australia its fearsome reputation.

Top 30 dangerous animals in Australia (This list was developed by the Australian Museum in Sydney. Museum staff rated animals out of 10 based on the threat they pose, combined with the likelihood of encountering one.)  For more information and pictures, visit Australia Geographic! 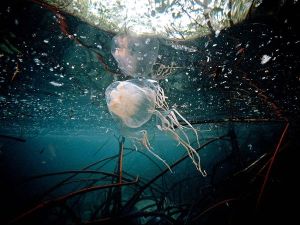 I’m having fun delivering these facts to you all, learning tons as I go.  How about you?  What has been the most interesting, unexpected fact from New Zealand and Australia to date?

Now on to Meredith Shayne!  Have you read Cutting Out yet?

Scattered Thoughts and Rogue Words’ Down Under Author Showcase continues this coming week, starting off with John Terry Moore, author of Black Dog, published through Dreamspinner Press.  I hope you all have been discovering new authors and great stories as the month progresses.  I know I have added immensely to my TBR pile and auto buy authors.

It is thought that Aboriginals have called Australia home for between 40,000 and 80,000 years.

It is estimated that at the time of British settlement there was about 300,000 Aboriginal people who spoke around 250 languages.

British settlers aboard the 11 ships of the First Fleet arrived in Botany Bay in 1788 but moved north to Port Jackson (Sydney Cove) a few days later when they found the Botany Bay site unsuitable. They arrived at Port Jackson on the 26th January 1788 (now Australia Day).

The number of convicts transported to Australia was about 162,000; they were transported in 806 ships.

About 98-99% of the convicts sent here were from England, Wales, Ireland and Scotland but some were sent from other British colonies like Canada and India, while others came from New Zealand, Hong Kong the Caribbean and other countries.

A lot of soldiers were also transported here for crimes like mutiny and desertion.

The Transportation of British convicts to Australia ended in 1868.

(Plus did you see those cool Glowworm caves in an earlier Fact? No, go back and see what you missed each day of the month!)

Our Schedule This Week At Scattered Thoughts and Rogue Words: