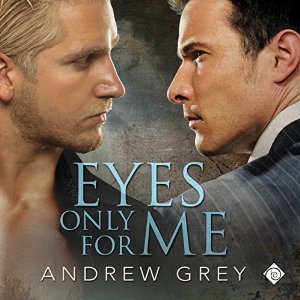 Clayton Potter has been in love with his straight friend, Ronnie, for years, but he knew he didn’t have a chance, or that’s what he though. The book starts with Clay taking care of a business party for Ronnie and making it a success. We get to see Ronnie’s way with women and the relationship Clay and Ronnie share with their gym partners.

From the moment Clay gets the call about his father, Ronnie takes charge, helping him get to the hospital. He’s the support Clay needed and always craved, which confuses Clay. Ronnie booked a hotel for them to spend the night and that’s when their friendship starts to change.

The next morning, they deal with the consequences of their time together as best as they could. Clay felt Ronnie’s distance but understood his reactions. With Clay staying behind to take care of his father, they have the opportunity to think about their next move.

For the rest of the story, we get to see how they struggled to save their friendship and to be what the other needs. Their pasts and current situations take a toll on their new relationship, and they had to make the decision to give up on each other or fight through.

Eyes Only for Me wasn’t what I expected. The blurb sounded interesting, and I was ready for a nice friends-to-lovers story, instead, I got to read about two men that happened to be in the right bed at the right moment. I can say that this story didn’t work for me.

In my opinion, the MCs have two personalities each. One when they are having sex and another when they are not. There’s nothing wrong with having or giving control to your partner during sex, but the way Clay treated Ronnie felt uncomfortable. From their very first time, Clay is cornering Ronnie and acting as if Ronnie had been involved with men before.

Yes, some descriptions let the reader know that Ronnie wasn’t getting what he wanted with women, but Clay’s magically transformed him. For me, Ronnie went with the flow just because he could. I didn’t felt a connection between them other than in Clay’s musings. According to him, Ronnie was the type of partner he wanted, but that knowledge didn’t translate into the relationship.

Also, Ronnie’s memories about an event in his childhood felt unnecessary, and it’s a topic I don’t consider should be used to create tension between the characters or to be perhaps a reason Ronnie had never considered a relationship with a man.

The description of the settings and the characters were interesting and relatable. The writing is up to par. One thing the author was able to show very well was the friendship between the men, their gym trips, dinners, and breakfast meetings. We get to see all the personalities and how they interact. What they meant to each other and how far they would, or not, go for each other. And the way the author described how Ronnie’s mind works was credible.

Tristan James is one of my favorite MM narrators, and he definitely saved this book for me. If I had read the ebook, I’d probably had rate it a lot lower than three stars. As always, Tristan delivered an excellent performance. I enjoyed the way he made a distinction between Clay’s words and his narration. The female voices weren’t as perfect as the others, but that’s to be expected.

I loved the cover by L.C. Chase and the intensity of the characters. Unfortunately, I couldn’t see Clay and Ronnie in them.