So, here it is Mea Culpa time.  I just finished reading, out of order again, the other two books in this series and now have to revise my rating upward.  I think what irritated me so much about this book was that it showed so much promise, that the characters were able to hit home even as they dangled in the atmosphere so to speak, that I took it to heart that it felt incomplete.   I get emotional about  stories and authors that resonate with me for some reason, and this author and book did.

After finishing The Hellfire Legacy, I knew that I had made a mistake.  The author had a sensational series on her hand and I blew it by reading them  out of order.  Taken together and read, 1-2-3, they are spectacular and one of my favorite series of the year.  But they must be read in sequence as only the first book could be considered a stand alone.

If you read this book as I did (out of sequence), then the review holds up.  It really does seem to be floating around, cut loose from it’s mooring and adrift without a map.  But the characters I fell in love with in The Hanged Man’s Ghost (Night Wars #1) and were firmly addicted to by The Hellfire Legacy (Night Wars #3)  are all here, but just as cut loose from their foundations as was the book.  It is my opinion that each and every book should contain the same elements, regardless of whether they are a part of a series or to be read by itself.  Considering how necessary the first book is to ground the characters with their history and relationship circumstances, I still believe it  even more important that some of that narrative needs to be included in the next book in the series. This helps readers remember particular plot points and connections between events and characters, especially if there is a long time between publication dates.

So with the first and third books fully in mind, I found myself nodding in appreciation over aspects of character development here and how certain events further along the overall series objectives.  I really liked this story while agreeing with my original assessment that it needed further  exposition and background support.

I love this series and think you will too.  But again, read them as the author intended, starting with The Hanged Man’s Ghost and continuing on. This series will delight you even while sending chills down your spine and whiten your knuckles.  Continue through to The Hellfire Legacy.  I hope the author has much more ahead for us.  I, for one, am looking forward to it. 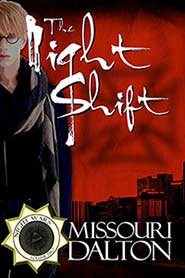 Flynn Adder, husband to Jack, father to Tara, former addict, has been assigned a new partner, Simon, to train.  Simon is young, troubled and the son of a mob boss in the city.  Flynn, in trouble with his  boss, has a large case load at their Agency which handles cases dealing with the supernatural elements in town, the werewolves, the vampires, necromancers, trolls and more. It’s his daughter’s birthday. So just as Flynn is coordinating her party, he and Simon get thrown a gruesome case.  A young boy is found dead and all the evidence points to a new necromancer in town.  As Flynn, Simon and the rest of the investigators of the Unit work to gather clues, another boy is killed and it looks as though the necromancer is also working with a vampire but to what end?  The race is on to find out who the necromancer is and stop them before more children die.  If that wasn’t enough, someone is stealing mystical objects from the evidence vault to sell on the black market.  It has to be a inside job and suspicion is falling on Simon.  It’s enough to shake Flynn loose from his sobriety if things aren’t solved soon on The Night Shift.

This will be a short review.  When learning the basics of writing, one things we are all taught is that whether it is a short story or novel, there is a structure to be followed, there is a beginning, a middle and an end.  And each part has a distinct purpose.  The beginning is where the author introduces the main characters, the setting, the goals, and any conflict.  The middle is where a series of events happen. This is also where the characters grow as they deal with the conflicts within the story.  While some elements of the story are resolved the story “continues in the direction of a major crisis, or climax.”* And finally, the end where the storyline is resolved, any conflicts or loose ends tied up, and the reader is left satisfied by a well told tale.  Up until now, all the stories I have reviewed or read have followed those rules.

Missouri Dalton in The Night Shift totally disregards the basic tenants of writing in my opinion.  Here, the novel starts in the middle.  I have no backstory on any of the main characters, only able to glean what I could a little at a time.  Flynn is an addict, his husband Jack used to be his partner, they have a daughter.  Supernatural creatures are a common element in society.  Flynn has some background with Simon that we are supposed to know about but don’t.  Simon has a backstory we are supposed to be familiar with but aren’t.  And we are left totally in the dark about the Agency they all work for.   Flynn has a twin brother, Michael, who is dead but alive (living corpse? who knows?).  Michael tried to commit suicide which left him brain damaged but he is also schizophrenic and possessive of his brother.  I think he was dead and then tried to kill himself again and was hospitalized but  I really am not sure of anything here.  It is all middle ground.  There are some nice elements buried in the reader’s confusion and shear bafflement over the storyline and characterizations.  It all could have been resolved with a beginning that is desperately needed.

So no beginning, a promising but confusing middle and here is the real problem.  Absolutely no ending, just a cliffhanger.  Yes, you read that correctly.  It leaves an already confused reader hanging with a cliffhanger and does not resolve the story.  I just find that so unprofessional. Now I know of several authors who write these wonderful serial free stories on their blogs and websites.  And that is great and I have enjoyed them immensely.  But The Night Shift is a novel that you are expected to buy at $6.99!  If I had purchased this book at that price, I would be clamoring for my money back.

I will leave you all with this final thought.  If you like Missouri Dalton’s fiction and want to read this book, wait!  Make sure there is a sequel, although given the way this was handled, I don’t know that I would trust that book to be resolved at the end either. Or if you like cliffhangers and don’t care if you never find out what happens to the main character, then go ahead and read this.  I promise you the frustration you seek.  As for me, I am totally done here.

Cover:  Nice cover by Alessio Brio, the 2nd cover by the artist that I have seen.