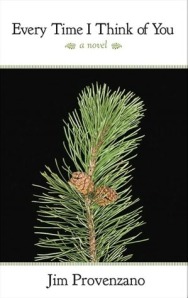 It’s winter, 1978 in the small town of Greensburg,Pennsylvania and for teenager Reid Coniff everything is about to change.  The woods are calling him out into the night and snow.  Not exactly to admire nature, although Reid does that too.  But the thin walls of his house make it almost impossible for a teenage boy to find sexual release and these woods are a perfect place for privacy.  Or so Reid thinks.  Because after a short hike, Reid comes across another boy with the exact same purpose on the mind.

Everett Forrester, scion of the Forrester family who founded their town, has come to the woods around Forrestville, a wealthy community, that separates the rich from the rest of the citizens of Greensburg, to escape his family and have a moment of sexual self pleasure.  With divorced parents, home now consists mostly of a controlling mother, a housekeeper who is more friend and ally than servant, and a beloved sister who lives in Pittsburgh far outside the sphere of his family and their wealth.  Everett is not prepared for the tall, lanky boy that finds him almost naked in the woods, in the middle of masturbing.  But one sloppy wet kiss later, both boys find release and a new destiny together.

What follows that remarkable meeting is a relationship that grows and deepens over time.  It didn’t matter that townie Reid attended the local public high school or that wealthy Everett attended a prestigious prep school just outside Forrestville, the next months found them constantly together.  Trips to visit Everett’s sister Holly is Pittsburgh served as a way to be alone, exploring their newly discovered passion for each other and sex.  They share their hopes, their dreams and their problems and their relationship deepens even as they hid who and what they were to each other.

High school is still such a difficult time made more so by a first love and being in the closet. Everett and Reid have not only to deal with hiding their relationship but the fact that they come from two very different backgrounds and two diverging views of their future. Most couples have only a few obstacles to overcome, but Everett and Reid face the most daunting obstacle of all when an accident on the playing field changes their lives forever.

The journey of Reid and Everett will make you hark back to your own adolescence, it will make you laugh and cringe in acknowledgement of the trials and tribulations of high school and the throes of a first love. This elegant and moving tale will pull forth all feelings possible when we remember what it felt like to be young and in love for the first time. In the telling, the author and his characters ask for our understanding and get it by the descriptions and in the remembrances of being young. For the very bravery of youth itself in its outlook and optimism and the pain that experience and time often inflicts.  Even now I want to reach for that book again and start at page 1 as Reid embarks on his journey once more into the woods where he will meet Everett and his future.

The characters Provenzano created for his story are remarkable for their complexity and authenticity as children of the 70’s. With all the references we would expect from the late 70’s Jim Provenzano frames out his setting and time period and puts the reader into the mind and heart of Reid Coniff, a teenager of the threshold of an explosion of self discovery in 1978.  Our narrator is a product of a loving family in a small town in Pennsylvania. Reid is that extraordinary voice that strikes a recognizable note in all readers. He is introspective with a passion for plants and nature in general.  He knows what he wants to do with his life and has the support he needs from his parents.  But that one night in the forest changes everything for him.  Here is a small excerpt just as Reid ventures into the woods in chapter one:

Entering the edge of the small woods, I felt warmer and secure. I’d rarely encountered other people in that small expanse of trees and its charming creek, which is why I’d long considered it my own private refuge.

A thick blanket of snow lay at my feet, sleeves of it bending the limbs of shrubs. Bluish whites contrasted the dark limbs of the evergreen branches above.

Further in, the snow under the tall evergreens was softer, quieting my footsteps as I encountered something unexpected; a pair of grey sweatpants and a green parka hanging on a tree limb.

Then I saw him.

The following scene beautifully delivers the urgency of youth, and the first fumblings at sex. It’s delivers the realistic joy of the first sexual discovery with another person and the shyness that comes after their first kiss and sexual release.  It’s that moment where Reid thinks for the first time “Where the hell have you been all these years?”

And then you remember that these boys are only seventeen with their life spread out before them, and that thought becomes one of wonder but also of the pain because we realize how much of life is still before them.

And you are not even out of the first chapter.

Everett Forrester’s voice feels so true to that age and time period.  It’s full of bravado and charm and yet it hides so much feeling and insecurities that you find yourself falling in love with him as much as Reid.  The combination of these two young men, so full of life and the awkwardness of youth, is both captivating and painful.  We watch them venturing out of their self described roles and into a journey of personal growth, love, and sexual discovery.  A time when all their futures are full of the impossible and where they will always be together.

And from our remembered perspectives, their jubilant bravado and youthful innocence is received with the understanding and compassion of age, letting us relate to and empathize with these young men on their journey together with all its attending highs and lows.

Provenzano doesn’t shy away from the warts and issues of the times and of being a teenager during that era, homophobia included.  Nor does he gloss over the brutal facts of the impact that a debilitating accident has on these boys,their families and their budding romantic relationship. Everett’s accident is one that almost singularly destroys Everett and Reid’s relationship as well as Everett’s dreams for his future.  It is one that can happen on any playing field across America, this time it just happened to Everett.  That doesn’t make it any easier to accept for Everett, Reid or their families.  Or for the reader for that matter.

The story ends in the winter of 1979.  Less than a year has passed but somehow it feels as though I have walked miles and lived years with these boys. This amazing narrative, at times honest, tender, and raw, has left me so well acquainted with their characters, that to see the end actually hurt.  And that’s after 266 pages.  Reid is now at Temple University in Philadelphia.  And Everett? Well, that joy of discovery awaits you within these pages.

And it doesn’t end here.  The sequel, Message of Love, continues Reid and Everett journey into adulthood and their possible future together. But first there is Every Time I Think of You, an evocative and immensely powerful “coming-of-age”  tale so compelling in its truth that you won’t want to put it down.  The strong adolescent voice that is Reid Coniff, wise ,uncertain, tentative and brave.  It is the voice of a 17 year old…so full of everything it means to be 17. It is real, painfully so at times. Reid will entice  you back to his story and that of the young man he loves with all his heart.  And Everett with the burdens and struggles to come will hold fast to your heart, never to let go.

This is one of ScatteredThoughts Best of 2014.  Go, get it now and start your journey along with Reid and Everett into their future.  Trust me, this story is one that will always stay with you, heart deep and full of love.

Every Time I Think of You
Message of Love (sequel)