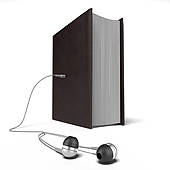 Need New Audio Books to Listen To? Check out the latest audiobooks from Lexi Alexander, Alpha Trine and Striker from The Valespian Pact series.  Don’t forget to enter the contest waiting for you at the end of the post. Happy Listening!

The sole survivor on a science vessel adrift in deep space, Zeus was adopted by the Emperor and Empress of the Mar’Sani, though he is both human and blind, and seen by most as unfit to join the royal family. Though they were able to repair his vision, Zeus does not trust his eyes and the nobles of his parents’ court refuse to ever trust a frail human.  Dargon Kal-Turak, along with his symbiote and lover Alpha, command one of the most dangerous ships in the stars. Narrowly escaping a trap, they dock in a space port to make repairs, but find that the Psionics hunting them are closing in fast. In desperation they kidnap the port Master Mechanic, unaware that the man they’ve brought on board is more than he seems, and will bring far more upheaval to their ship, their lives, and the stars than any of them could have imagined.

Alpha Trine was the winner of 2014 Rainbow Awards. 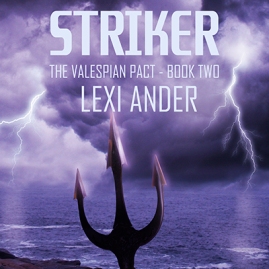 The peaceful respite for which Zeus and his intended, Dargon and Alpha, had been hoping is shattered when Zeus is unexpectedly drawn to the Waters of Poseidon and told that the safety they’ve been promised is a trap. But the Fal’Amoric aren’t the only important cargo on the Oethra 7, and countless others are depending on the success of their mission. If Zeus hopes to break the silent siege on Valespia and protect those most precious to him, he will need not just powerful allies but the fortitude to survive overwhelming odds. 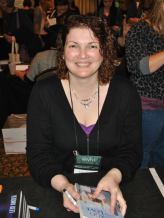 Lexi has always been an avid reader, and at a young age started reading (secretly) her mother’s romances (the ones she was told not to touch). She was the only teenager she knew of who would be grounded from reading. Later, with a pencil and a note book, she wrote her own stories and shared them with friends because she loved to see their reactions. A Texas transplant, Lexi now kicks her boots up in the Midwest with her Yankee husband and her eighty-pound puppies named after vacuum cleaners.

You can find the author at the following sites:

The author has organized some wonderful prize packages to be won. Use the Link provided to enter. Must be 18 years of age or older to enter. Link and prizes provided by Lexi Alexander. 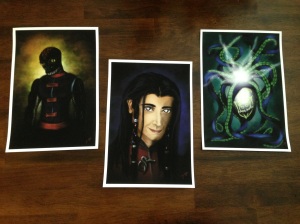