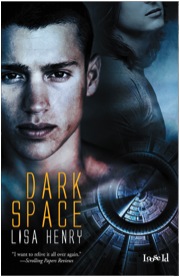 Brady Garrett needs to go home. He’s a conscripted recruit on Defender Three, one of a network of stations designed to protect the Earth from alien attack. He’s also angry, homesick, and afraid. If he doesn’t get home he’ll lose his family, but there’s no way back except in a body bag.

Cameron Rushton needs a heartbeat. Four years ago Cam was taken by the Faceless—the alien race that almost destroyed Earth. Now he’s back, and when the doctors make a mess of getting him out of stasis, Brady becomes his temporary human pacemaker. Except they’re sharing more than a heartbeat: they’re sharing thoughts, memories, and some very vivid dreams.

Not that Brady’s got time to worry about his growing attraction to another guy, especially the one guy in the universe who can read his mind. It doesn’t mean anything. It’s just biochemistry and electrical impulses. It doesn’t change the truth: Brady’s alone in the universe.

Now the Faceless are coming and there’s nothing anyone can do. You can’t stop your nightmares. Cam says everyone will live, but Cam’s probably a traitor and a liar like the military thinks. But that’s okay. Guys like Brady don’t expect happy endings.

Lovely sci-fi story. Intriguing premise, wonderful writing that dragged me right into the action and didn’t let me go. Awesome world-building. But overall it was the characters that blew me away. Such nuance! The telepathy between the two main characters was handled beautifully. Cam’s face and reputation had drilled into Brady’s mind. But everyone had given him up for dead. Now he’s not only back among the living, but connected to Brady. In his head. Heart beats synced. But really… imagine having to share your head with a sexy, poster boy soldier emerging from a traumatic experience that you yourself could never have endured.

For me, this story showed so clearly how two people often react so completely differently to the same experience. How they handle it and deal with it in ways that the other may even find hard to understand. While one person may come through an event mostly unscathed and may even look back and see the positives that came from it, another may come away severely damaged.  Cam came through the traumatic events with Kai-Ren and the faceless, but Brady clearly would not have been able to do the same.

Despite the dark elements of this story (prior non-con for both main characters, scary, no terrifying, aliens, and even the death of secondary character) and the dismal dystopian world in which it’s set, the relationship that develops between these two MCs is amazingly sweet and their sex nurturing as well as sizzling hot. The angst was handled perfectly.

For those who don’t believe in gay-for-you, give this one a try. It might change your mind. That element was excellently handled. I thoroughly enjoyed the fact that Brady didn’t have any lengthy self-hating, but analyzed and accepted what he was feeling. Heck, every element was excellently handled. This was a stunning story—I couldn’t have asked for anything more. Well, yes, I could. I want more! And luckily, the author seems to have heard our cry as book two, Darker Space, is out now. Look for my review here soon.

The cover set’s the theme perfectly as m/m sci-fi… the darker, muted colors work perfect for the novel’s tone. The model is exactly how I had pictured the main character Brady.