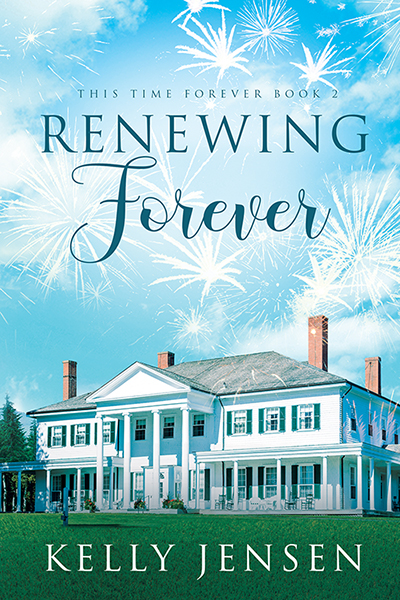 Scattered Thoughts and Rogue Words is happy to have Kelly Jensen here today talking about the inspiration behind her new release, Renewing Forever (This Time Forever #2). Welcome, Kelly.

Behind the Book by Kelly Jensen

I’m known in author circles for being super organized. I have templates for my outlines, I spreadsheet my revisions, and often write 6000 word character histories. The support documents for every book are indexed and hyperlinked. The bulleting in my outlines often goes four levels deep.

My big book of ideas is spread over several notebooks that live in different places throughout my house. That way, if inspiration strikes, I have paper close at hand—which sounds a lot better than I just have notebooks everywhere, in no particular order! The notebooks have snippets of dialogues, entire scenes, outlines, character notes, and plot ideas. And they’re all mixed in together without any sort of indexing.

I usually know which book to reach for (or go hunting for) when I want to look something up, though, and I never mind having to flip through the notes for other projects along the way. Sometimes another idea will catch me, and I can make more notes, or sometimes one of my ideas leaps off the page and says, “Write me!”

The ideas for Renewing Forever came from two different notebooks. One had a few notes about Frank, jotted down after a beta reader for Building Forever asked if Frank’s book would be next. I had no plans to write a series, but I wrote the idea down, anyway, and tucked it away.

In another notebook, I had a brief outline for a story about a guy who was “camping out” in a dilapidated resort. About five years ago, we took a road trip to New Orleans and stayed at a quaint family resort in Tennessee. The guy manning the desk had the most amazing accent—and he was very cute! I immediately got an idea for a story involving someone trying to revitalize a rundown family resort, and maybe facing challenges from a local developer who wanted the land.

I’m not quite sure how these two ideas got combined? I think it was mostly a matter of me hunting through my notebooks for a story idea that would suit Frank. I like using and combining ideas I already have—it gives me a sense of accomplishment to cross something off what is probably a never ending list.

I quickly decided to switch up the imagined roles: Frank would be the one to inherit the resort and he’d return “home” to find someone living in one of the guest cottages. Then I decided to complicate everything by giving Frankie and Tommy a shared history—one where they’d been each other’s best friend and first love.

What I didn’t realize while plotting was quite how emotional this book would be to write. I’m reasonably emotional anyway—for me, watching the television show “This Is Us” is like combining a wedding, a funeral, and the birth of a new baby every week. I’m always completely drained afterward! So I often get a little weepy (sometimes a little sobby) while writing my guys. This book wrecked me in a lot of ways. Tom’s self-sabotaging self-reliance (or hubris), and Frank’s longing. Oh my goodness, the longing. He never got over Tom and likely never would have.

What I also wanted to do with this book was write a character (Tom) whose bisexuality was integral and almost never discussed. I didn’t want this story to be about sexuality. I wanted it to be about rekindling lost love—and holding on to something you never really let go of.

After all of this, I devised relatively simple plot: should they or shouldn’t they renovate the resort? Really, the plot is just a reflection of the bigger question in this novel: should they or shouldn’t they repair their friendship and love? The obstacles to both are Tom’s inability to ask for help—and the fact he’s not so slowly sliding down the financial gurgler—and Frank’s dissatisfaction with his current career, and to a smaller extent, his feelings regarding his best friend, Simon, having found The One. Frank thinks he’s getting over a crush on Simon, and he is… sort of. What he’s really doing is mourning The One who got away. The one he let go.

So there is a lot of introspection and reevaluation going on, and in keeping with the themes of this series, scenes that highlight the importance of family (blood and found), friendships, and lots of more lighthearted moments where Frank and Tom explore small town happenings and decide whether or not they’re going to renew their forever.

Renewing Forever is the second of a series of standalone novels focused on older characters who think love has passed them by. Frank and Tom’s story is a true second chance romance, reuniting childhood friends and first loves separated by an argument and thirty years of misunderstanding. I hope you enjoy reading about their renewed friendship and their plans for forever.

A neglected resort, a lost chance at love, and one last chance to renew forever.

Frankie and Tommy once dreamed of traveling the world together. But when seventeen-year-old Frank kissed Tom, their plans ended with a punch to the jaw and Frank leaving town without looking back. Thirty years later, Frank’s successful career as a journalist is interrupted by his uncle’s death and the question of his inheritance—the family resort where his childhood dreams were built. When he returns to the Pocono Mountains, however, he finds a dilapidated lodge and Tommy, the boy he never forgot.

Tom’s been keeping the resort together with spit and glue while caring for Frank’s uncle, Robert—a man he considered father, mentor, and friend—and his aged mother, who he refuses to leave behind. Now Robert is gone, taking Tom’s job with him. And Frank is on the doorstep, wanting to know why Tom is still there and why the old lodge is falling apart.

But before they can rebuild the resort, they’ll have to rebuild their friendship. Only then can they renew the forever they planned all those years ago. 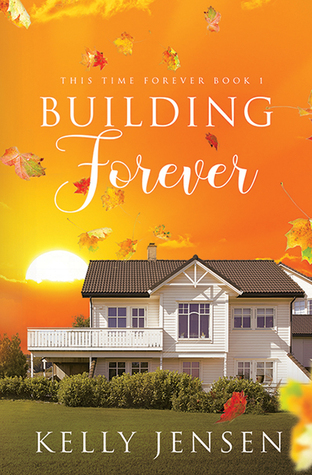 About the This Time Forever Series

Simon, Frank, and Brian think love has passed them by. Each is facing down his fiftieth birthday—Simon in a few years, Frank next year, and Brian soon enough. Each has loved and lost. But for these men, everything old really is new again, and it’s only when they return to their roots that they’ll find their second chances and the happily ever after they’ve been waiting their whole lives for. 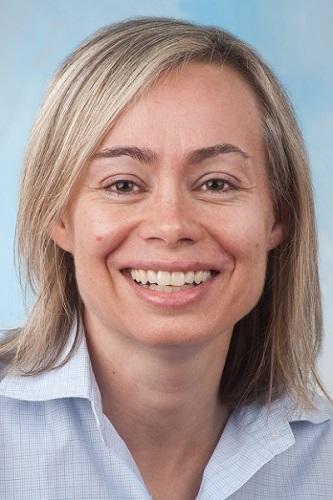 If aliens ever do land on Earth, Kelly will not be prepared, despite having read over a hundred stories about the apocalypse. Still, she will pack her precious books into a box and carry them with her as she strives to survive. It’s what bibliophiles do.

Kelly is the author of a number of novels, novellas, and short stories, including the Chaos Station series, cowritten with Jenn Burke. Some of what she writes is speculative in nature, but mostly it’s just about a guy losing his socks and/or burning dinner. Because life isn’t all conquering aliens and mountain peaks. Sometimes finding a happy ever after is all the adventure we need.

To celebrate the release of Renewing Forever one lucky person will win a $25 Riptide Publishing gift card and a swag pack of stickers, art cards, and bookmarks! Leave a comment with your contact info to enter the contest. Entries close at midnight, Eastern time, on November 17, 2018. Contest is NOT restricted to U.S. entries. Thanks for following along, and don’t forget to leave your contact info!