Brian Jameson doesn’t even get a chance to pick a college before a worldwide pandemic breaks out—and his home is Ground Zero. After losing his parents and sister in a whirlwind of devastation, Brian’s war-veteran grandfather takes him under his wing. But when desperate looters attack Brian’s new home, he and his grandfather must flee into a wintery Midwestern wasteland now populated by intelligent infected known as “Stalkers.”

These ghoulish creatures don’t shamble in hordes—they hide in the darkness waiting to strike, teeth bared in ghastly grins. And they laugh while they’re ripping you to shreds.

But with his grandfather’s training, Brian makes it to the home of his estranged childhood friends, twins Louis and Eva. And Brian gets a chance to experience something else he nearly missed: falling in love. Drawn to the determined—and ruthless—Louis, Brian escapes with him in search of an island paradise away from the relentless snow and infected.

But even if they make it there, it may not be the haven they’re hoping for.

The light from Brian Jameson’s tablet danced across his face in varying degrees of intensity: somber blues, soothing greens, and sometimes the alarming tinge of blood-red. The show’s layered soundscape coursed through his earbuds. Drizzling rain enveloped the muted dialogue of two detectives, their shoes crunching against gravel as they hunted an elusive killer. Somewhere offscreen, a gun exploded. Brian’s pulse pounded so hard it blended with the strengthening downpour.

Jesus, I didn’t expect that.

Brian waited for the scene to change, for stunned gasps, for those dainty footsteps to accelerate into a frantic sprint, but the pair of detectives continued their discussion as if they were taking a stroll through a scenic garden.

Brian paused the video and plucked out his earbuds. Silence. Darkness. A small square of light with an image frozen in time tilted against his knees.

Am I going crazy? I swear I heard a gunshot.

Abrupt knocks shook his bedroom door. Brian’s tablet fell to the bed as he swiveled his legs over the edge, muscles tensed—

“Bri! I heard a buncha loud sounds an’ I’m scared!”

Brian clicked his lamp on and rushed to open the door for his younger sister, stumbling over a still-packed suitcase. After he ushered her in, he shut the door. His racing heart slowed as he gripped her fragile shoulders. We might have heard the same thing. Thunder, or maybe fireworks from the redneck neighbors.

“It’ll be okay, Becks. Tell me what happened.”

Becky’s thin eyebrows knit above glistening pale-blue eyes. “A boom woke me up an’ I ran to Mommy and Daddy’s room, but I heard another boom in there an’—”

Brian jerked his cell phone from the charger. He pressed the “9” from the emergency screen, Becky’s fearful gaze locked on his. A whimper escaped her as footsteps creaked in the hall outside. Shadow sliced the sliver of light beneath the door.

Brian abandoned the phone to reach for the door lock—but someone twisted the knob before he could get to it. A sturdy figure burst in and knocked Brian back. Becky cried, “Daddy!” and flung her arms around their father’s stocky legs. Their mother pushed into the room after him, collapsing to her knees as their father slammed the door and locked it. Brian caught the glint of a gun wrapped in her shaking hand.

While his father paced the room, phone pressed to his ear and daughter wrapped around his legs, Brian guided his mother onto the edge of his bed. Her distant gaze frightened him—she seemed to be looking at something only she could see. A memory, perhaps, something keeping her from the present. Her auburn waves clung to her shoulders in sweat-matted strands. Blood spatter stained the pink and yellow flowers of a nightgown. It framed four crimson gashes gleaming from her porcelain chest.

In the background, Brian’s father spoke to a muffled dispatcher. “My kids are terrified, we’re locked in my son’s bedroom, and there’s a fucking dead guy on my bedroom floor! Why? My wife shot him, that’s why! All I know is I woke up to gunshots, my wife screaming, and some nut springing out of our closet. He scratched her—even tried to bite her! He was out of his mind, stank like…I dunno. I dunno. Can you hurry, please? I’m worried about my wife.”

Brian’s father slumped onto the bed and ran a hand through his close-cropped hair. Becky squeezed between their parents, tiny hands clutching their father’s flannel pajama sleeve while he listened to the dispatcher. His free hand curled into a fist above his bouncing knee, knuckles tightening to white.

Brian’s skin grew clammy. Tingly. He tuned out the sights and sounds around him until they became a blur and buzz, a spinning funhouse tunnel of disorientation. She shot him. This crazy guy that broke in. God, he could’ve come after me and Becks if she hadn’t…

Distracted by the motion of his mother setting the gun on his bedside table, Brian looked at her. He recognized a forced smile he’d seen many times before. “We’ll make it through this one step at a time. We always do.” She glanced down at the bloody slashes, then back up to Brian. “I know this looks nasty, but it’s only a couple of scratches. I’m okay. I promise.”

She pulled Becky to her, giving her the attention their father couldn’t. Despite his muscular build and booming voice, Brian’s father often wilted in stressful situations—like the time he lost his job at the Topeka mall and Brian and his mother found him foaming at the mouth with an empty pill bottle beside his outstretched hand.

Brian’s father lowered his phone and looked at his wife and children, scoffing. “We have to stay in here and wait for them, barricade the door. The dispatcher said we’ll be safe and that we shouldn’t disturb the scene. Can you believe that? They made it sound like you were more of a criminal than the asshole you shot, Ellen!”

“Joel, language.” Brian’s mother covered Becky’s ears. She rested her chin atop Becky’s head and lowered her hands to stroke Becky’s lank hair. Brian’s father sat beside them, staring at the thin blue carpet between his bouncing knees.

“Brian, move your desk in front of the door.”

Any other time, Brian might’ve found his father’s condescension infuriating, but he was happy to have a distraction from the questions stirring within him. He dragged the desk over to the door, hyper-aware and jittery like he’d had too much caffeine.

When he finished, Brian sank onto the foot of his bed. He swept his tablet away, certain he’d never want to finish the episode frozen within it, and curled a quaking hand around his mother’s shoulder. “Mom, tell me what happened. Please.”

She nodded, taking in measured breaths as she threaded her fingers through Becky’s auburn curls. Becky took after their mother both in appearance and spirit. Although Brian possessed the same golden-blond hair and tan complexion as his father, he’d also inherited his tendency toward escapism.

His mother kept him going. She kept them all going. Even though she’d been hurt, she still held her daughter to her, still gripped her husband’s hand in hers, still smiled at Brian.

“Someone must’ve broken in while we were at Nana and Poppa’s,” she whispered. “He hid in our closet, waited until we were asleep… I-I don’t know why he attacked me. But I…I had to protect my family, so I…”

She didn’t say anything else. Becky’s unbearable whimpering forced Brian to voice the panic bashing against his skull. “Who the hell was that guy? Was he some homeless guy that broke in to get out of the cold? Why would he hurt Mom?”

“Bri, if I told you what I saw, you and your sister would have nightmares.” Brian’s father finally looked up and met Brian’s gaze. “Your mother and I will already have them, I’m sure of it. All I know is it was self-defense: they’ll clear your mother, get her checked out at a hospital, and we can go back to normal.” His lips tightened into a strained smile. He’d been fighting to earn Brian’s trust back ever since they found him on that locker room floor, but the sacred trust built between parent and child had been shattered irrevocably.

Brian’s eyes fell from his father’s. They drifted into silence and awaited the police. His gut soured and every nerve in his body tingled until the tips of his toes and fingers felt numb. One second, he’d been watching a by-the-numbers police procedural, the next he might as well have been starring in an episode of his own. 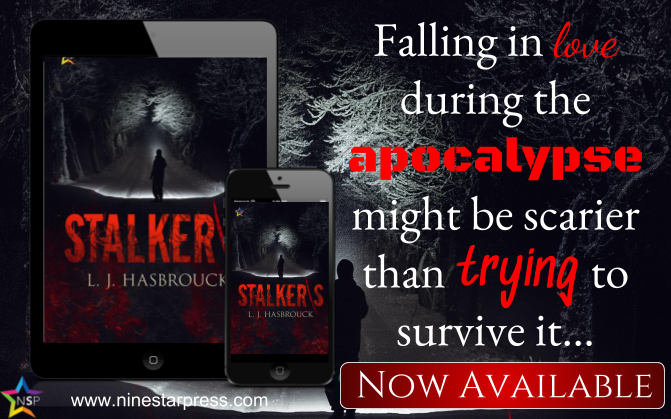 Knowledge-seeking animal-lover, supporter of diversity, and OG Floridian. Lifelong gamer who grew up drawing Disney characters, whales, and dinosaurs. Proud INTJ (which I share with the likes of Hannibal Lecter, Batman, and Ellen Ripley).