Young gay professional Cabot MacCrae has been in love with his sexy best friend, Lloyd, since high school. They’re in perfect sync on almost everything. The only problem is that Lloyd is straight.

Cabot resigned himself long ago to pining hopelessly. Then Lloyd, a roofer, takes a bad fall and injures his collarbone. When he needs some TLC, there’s no question that Cabot will be the one to nurse his friend back to health. But Lloyd’s scantily clad presence in Cabot’s house brings out Cabot’s old longings.

But when Lloyd’s well-meaning mother and aunt fix Cabot up with a blind date, Lloyd reacts like a jealous boyfriend. Lloyd’s reaction makes Cabot wonder if those longings are as unrequited as he’s always assumed. What if Lloyd has been pining for him all these years? Has Cabot just been clueless all along?

Half an hour before Club Sandwich closed, Cabot McCrae knew he wasn’t going home with anybody. Once again, he’d sat in the corner, nursing his two drinks, eyeing the crowd for someone, anyone, who might be worth pursuing. And once again, as the ice cubes melted in the glass, he sat and did nothing while the few who drew his interest paired up with others and went off into the night. One or two drinks were sent his way, but the guys who sent them seemed creepy and stalkerish, and Cabot declined as politely as he could.

How the hell do guys find each other?

People talked about what a meat market this bar was, but if so, then Cabot was definitely not USDA Choice beef. Maybe not even leftover bologna.

“Thanks, Hank.” He dropped a five on the bar. Hank gave him a casual salute.

The cute Italian busboy didn’t even meet Cabot’s eye. The burly bouncer barely grunted as Cabot left the club. The darkness and cold, relative silence outside brought relief from the flashing lights, steamy heat, and pounding bass inside.

Cabot got in his car and checked his phone. Ring me, said the text from Lloyd.

At 1:45 in the morning, Cabot wasn’t about to call his best friend. He texted back: In the a.m. Beat, dude.

Immediately, Lloyd texted back. Understood. Hope you made out.

Cabot smiled grimly and started the car to head home. No, I didn’t make out. I never make out. Nobody wants to make out. But he wasn’t going to text that to Lloyd, either.

Lloyd always got lucky at the drop of a hat. He’d slept with more women than Cabot could count. He even juggled several girlfriends at a time, managing somehow to keep them all happy and coming back for more.

Not Cabot. He hadn’t gone on a date in—how many months? And he and good ol’ Rosie Palm were better acquainted than ever before.

The lights of the warehouse district behind him, he pulled into the garage below his apartment complex and parked the car. He sat there for several minutes, running his hands over his face. People tell me I’m cute, he kept repeating in his head. But he sure didn’t feel cute after one of these nights. No one talked to him. No one approached him.

No one wanted him.

His phone buzzed. Another text from Lloyd: Sweet dreams dude.

Back in his apartment, Cabot showered and padded naked into the kitchen. The blue calla lilies he’d bought himself were withered in the vase on the table.

He could have another drink. And unlike drinking at the bar, getting drunk at home wouldn’t make him go home with somebody he’d be embarrassed to wake up next to. Well, unless you counted waking up with yourself.

He virtually never wore clothes around the apartment. Nobody could see in. Nobody came to visit except Lloyd, and Cabot usually remembered to pull on some shorts or sweats when Lloyd visited. And when he didn’t remember, Lloyd didn’t care. Why would he? Lloyd was straight.

And besides, since he didn’t get much sex with anybody else, being a nudist at home gave him easy access to the one man who always enjoyed his lovemaking: himself.

His phone by the door buzzed again. Jesus, Lloyd, give it a rest already.

The text read: Yo dude, call me, man. Really.

Okay, that was scary. Cabot hit the call button.

“Just flirting with the nurse, man. He says I have to talk to you later.”

“Uh…you’re straight. What kind of drugs do they have you on?”

Lloyd sighed. “Just c’mon to the ER, man. Central MC. They’ll release me if I have a ride.”

“ER? What the fuck happened?”

“Tell you later. You gonna be my ride?”

“You got it, man. Be there in like five seconds. Four point nine.”

Cabot grabbed his keys and wallet and headed for the door, and then remembered he should probably put on pants. He pulled on a pair of basketball shorts and shoes and grabbed a clean shirt out of the drawer. No waiting for the elevator; he took the stairs. 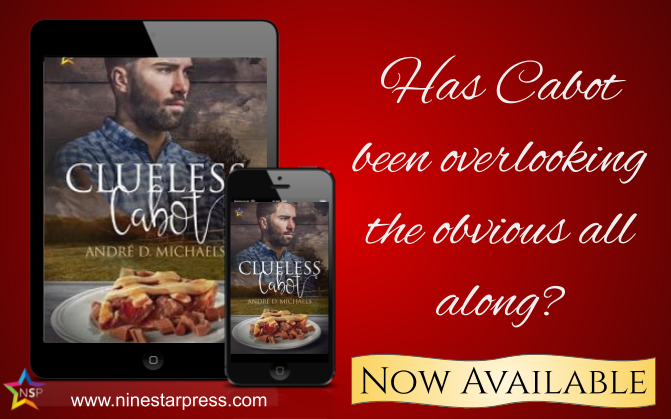