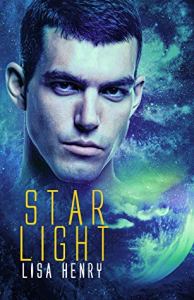 This is the third book in the series. While there is recapping through memories, I still think it would be difficult to start here. Without the emotional attachment to the characters built through books one and two, I don’t know why anyone would want to just jump into book three. Having said that, as much as I loved books one and two, this is really for those who wanted more closure than book two provided. The story drops the reader right into the action on Kai-Ren’s spaceship. The psychic connection is there between all the humans and Faceless onboard, but muted. All seven of the humans have been on the ship three months, sharing a room, and have still learned nothing about the Faceless. The ship is humid, damaging their equipment, their batteries are draining, and human food is running out. Just when I was wondering why this would be interesting, it got really interesting.

Chris and Brady have their moments of understanding. When disaster strikes, Chris really steps in as the leader here, which is understandable as he has always had an endgame, likely ordered by his superiors. Cam and Brady have their lovely intimate moments. Harry seems to spend the most time with Lucy, but I don’t feel like I know him any better. Andre is barely in this at all. Brady’s point of view is still fearful, angry, and anxious, but tempered from the previous books as he actively tries to be more grateful. His love for Cam and his growing belief in Cam’s love for him makes him less nihilistic. He wants to grow, to be a better role model for Lucy. His relationship with Doc has given him a father figure. He finally even has friends. This is a little repetitive, Brady’s thoughts looped into themselves and his existential crisis, his hatred of space, and his nostalgia. Still, if you are a Brady fan already, you should like this as he finally sees his own worth and what he brings to the table.

For me, the fear (terror really) of the Faceless seemed removed. Even though plenty of horrifying things happen, I didn’t feel it like I did in the other two books. Because of the Faceless that were not part of the hive they share with Kai-Ren, there were few moments the humans were safe, yet everything here felt muted, like their psychic connection. I don’t want to spoil the plot at all. I will just say that traveling on an alien ship in the hopes of learning about the universe and finding some weakness out about the aliens to give humans any sort of chance to not be decimated…didn’t go to plan. By the time they figure out anything useful, the book has turned into a disaster movie in space. The point of this book seems to be to give humanity some sort of triumph and to allow Brady to be brave, in many ways, in a totally Brady way. As much has been made about Kai-Ren and his rape of Cam, I feel like I need to say that it almost happened again…and I am not sure how to feel about it. Some people expressed that after the slow build of book one, the ending seemed rushed for a forced HEA; one could level the same criticism at this book also. I think everything happened exactly the way it needed to for the ending it had, even if beating all the odds was completely unlikely. Kai-Ren doesn’t control or rule all Faceless; he also is obviously not the only Faceless curious about humanity, so I am unsure about the ending provided. I enjoyed the book, but this is the weakest of the three, like watching Return Of The Jedi after The Empire Strikes Back.

The cover art by Mayhem Cover Creations matches the other two covers in the trilogy.