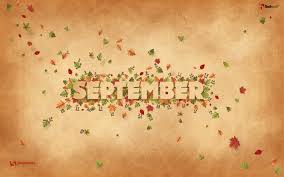 What a wonderful month it was for books and reviews!  Most of the books I read fell into the 5 and 4 star category, a few into the  3 star and none below that.  Series predominated the ratings this time.  Most notably the series offerings from the Pulp Friction authors. There

were new books in well established series such as Katey Hawthorne’s Superpowered Love series as well as followup stories and new series  from such talented authors such as Kendall McKenna (The Tameness of the Wolf series) and Aleksandr Voinov (Memory of Scorpions series).

Other new series includes Poppy Dennison’s Pack Partners , Cat Grant’s Bannon’s Gym) and Harper Kingsley’s Heroes and Villains series too.  My cup (and yours) runneth over with series, all promising more great stories featuring characters we have come to love. And believe it or not, October is starting the same way!  What a fall!

So grab a pen or notebook and jot down those books and authors you may have missed the first time around.  I have linked my review to each one listed.  Happy Reading!