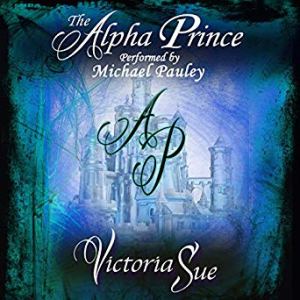 This author has become a must buy for me. Between her two series, both of which I’ve been reading and listening to on audiobook, I’m amazed at her fantastic world-building and creativity.

In this installment of the Kingdom of Askara, we meet a colony of hybrid wolves headed by a wolf named Justice, who has sworn to lead his people to a better life than the desolate barren existence they lead in the Askaran desert. When he learns that Darius, the Alpha of Solonara, plans to hold a contest to award the hand of his son, Cashel, in marriage, Justice sees this as his way to his pack’s freedom.

None of the gathering community of wolves knows of the cruel treatment that Cashel has suffered for years at his father’s hand. When Darius failed to conceive another male heir—an alpha male heir—he began medical experiments on his omega son Cashel to implant a uterus so that Darius would at least have an heir through Cashel. He’s obsessed with his lineage and will do whatever it takes to subjugate not only Cashel but the gamma and beta wolves he commands.

It doesn’t take long for Justice to ascertain just how bad Darius is, and he prepares his forces to take over the pack so his people can move in. But it only takes one meeting with Cashel for Justice’s world to turn topsy-turvy when he realizes Cashel is his soul mate, and his plans need to be amended to protect the beautiful young man.

I loved Michael Pauley’s narration, and that’s saying a lot, because he took over this series from one of my all-time favorite narrators. I wasn’t disappointed at all. The pace of these stories is fast, the plots intriguing, the narration outstanding, and the characters are endearing. What more could I want for entertainment?

Justice and Cashel find their way to a HEA but it’s a hard-fought battle to get there. Along the way, the supporting characters are terrific and the subplot is sweet. Picture a baby in that HEA, and you know a bit of what I mean. Very highly recommended.

The cover depicts a historical city done in a shade of light blue, surrounded by an edging of darker green. Very simple and bright but not one that would normally attract my attention among the multitude of choices of MM romance bookcovers.